The Marquis de Sade on Sexuality 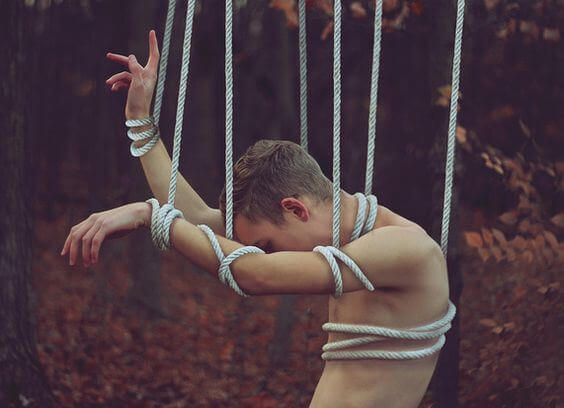 He spent 30 years of his life in jail, he was condemned to have his head cut off by guillotine, his books were declared blasphemous by the church, and he was accused of murder and perversion. This is just a part of the life of the Marquis de Sade. Would you like to know more?

His full name was Donatien Alphonse François, Marquis de Sade and he was the son of wealthy parents. He was born in Paris in 1740, and was a philosopher and writer. He wrote some pretty well-known works, including Justine, The 120 Days of Sodom, The Crimes of Love, and Aline and Valcour, among many others.

The Marquis de Sade and sexuality

If the Marquis de Sade is remembered for anything, it’s for his ideas about sexuality. At the end of the eighteenth century, he introduced a new concept of sexual pleasure, which in his time was understood as inciting crime and perversion.

“Let us give ourselves indiscriminately to everything our passions suggest, and we will always be happy…Conscience is not the voice of Nature but only the voice of prejudice.”

The marquis used his cynicism to criticize society, because women were ingrained with the idea that they had to be modest and view sex as a bad thing, but at the same time admitted that prostitution was a way to allow men to satisfy their sexual needs.

For many people of his time, the Marquis de Sade was a crazy man who wrote about sex in a morbid way. When he started to publish his writing, he was considered a wicked writer, and his works were censored for years.

Today, when we think of de Sade, we associate him with the word “sadism,” which is the tendency to obtain sexual pleasure through the physical pain of oneself or another person. De Sade is associated with the perverted, but he was much more than that.

The life of a peculiar person

We can’t forget that the Marquis de Sade was a great scholar in his time. He received a privileged education and was highly interested in exotic travels. He devoured books on philosophy and history, which were his two favorite subjects.

His uncle, the abbot of Sade and a fan of debauchery and Voltaire, took care of his education. At age 23, he married a high-class woman named Renée Pélagie who he wasn’t actually in love with. In fact, in his book Aline and Valcour, he discussed this arranged marriage.

“Modesty is a chimera, a unique result of customs and upbringing. It’s, what they call, a habit.”

He spent most of his life in prison for cases involving the abuse and torture of women. These accusations held a lot of influence in his society at the time, especially in the hostility that his mother-in-law felt towards him.

Despite all the opinions about de Sade and his association with perversion, his works actually support sexual freedom, in the sense of enjoying one’s sexuality beyond the modesty and limitations imposed by one’s culture and upbringing.

His works can be studied from many different points of view: social, political, psychological, moral, anthropological, historical, literary…But in any case, the words he uses are loaded with irony and metaphors, with the goal of awakening the minds of his readers.

The reality of de Sade is that he wasn’t simply a pornography writer, but also a political critic who was valued by authors of later years, such as surrealists. His writing was really a pamphlet advertising against the aristocracy of the period.

Basically, de Sade promoted moral freedom at its most extreme and combined two fundamental ideas: the equality of all individuals and radical selfishness based on the idea that we’re born into society and condemned to live in it, without direct relation to others.

Therefore, the Marquis de Sade had one of the most progressive opinions during his time, and people tried to silence him even long after his death. Today, he continues to spark curiosity as one of the most irreverent and interesting figures in history.

“Preaching without practicing is the same as building a ship and leaving it on shore.”

Caring For Our Sexual Health Is Essential

Jean Piaget was a well-known constructivist psychologist who worked in the fields of child psychology and learning. His studies and…