How to Make a Child an Emotional Expert

An emotional expert can regulate their feelings better and use empathy to connect with others. Learn how to teach children emotional intelligence here! 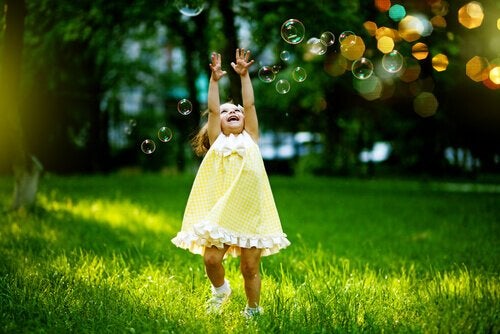 You make countless decisions every day. You make many of them automatically, but you do get a chance to reason through some. Emotions influence each of these decisions. Unfortunately, strong emotions can sometimes make you do things that go against your values or interests. In order to avoid such mistakes, you have to become an emotional expert. You can also give children an edge in life if you start to educate them on emotions since they’re young.

Emotions motivate you to act. We begin to notice their effects in childhood. That’s true despite the fact that few children and adults stop and think about this. That’s why childhood is the best time to lay down the foundations and build emotional regulation tools.

If you can encourage this in a child, they’ll never let themselves be overcome by their emotions. Instead, they’ll use the energy that their emotions produce wisely. They’ll be able to use this energy to motivate behavior in accordance with their budding value system.

The first step to becoming an emotional expert

Some of these emotions, such as anger, motivate people to hit, insult, or attack. On the other hand, other emotions such as joy increase the likelihood that a person will seem open, energetic, and generous.

The second step on this path toward becoming an emotional expert is to recognize emotions. You have to be able to recognize these basic emotions in yourself as well as in others. Without having mastered the previous step, this is an impossible task.

You can’t recognize something if you don’t know what it is. If you know the gestures, looks, and behaviors that the basic emotions generate, you’ll be able to recognize them quickly when you see them.

That’s why it’s essential for children to be able to identify the emotions they feel by name. For example, you can help them become knowledgeable by saying things like “You’re feeling joyful so it’s hard for you to sit still”. Another example is “You want to hit your brother because you feel angry”.

The next step consists of legitimizing the emotions the child feels. In other words, allowing the child to feel their emotions. Some phrases you can use for this purpose are “It’s normal for you to feel that way” or “I understand why it hurts”. Another example is “We all feel frustrated when we don’t get what we want”. These phrases are much more helpful than saying things like “Don’t cry, it’s not that bad” or “I don’t understand how you could be afraid of that”.

In order to educate children on emotions, you need to try putting yourself in their shoes under their circumstances. Being empathetic means accepting their emotions. At the same time, you need to teach them some alternatives for channeling them into desirable behaviors. You should teach them this so they don’t engage in the immediate impulsive actions their emotions drive them to take.

At this point, we’re ready to learn how to regulate emotions. You can’t stop emotions, but you can manage the behavior that the interior dialogue they create produces. In order to manage behavior, you have to know how to distinguish between behavior and emotion.

Emotion is what you feel and behavior is what you do. Feeling angry doesn’t justify hurting someone else. You have to teach children that between emotion and action, there’s a margin where your conscience can make a decision. They’ll have to work on strengthening this margin.

Continuing with the example of anger, you can teach children relaxation exercises. Alternatively, you can teach them polite ways of correcting someone else’s behavior so they don’t hurt them again.

Reflecting on things is a mental action that makes us human. In order to become an emotional expert, you have to learn to do this. Reflecting on the emotions you feel, as well as those sensations, thoughts, and behaviors that they produce, is the fifth step.

Helping children to step back and think about what’s going on will help them get to know their emotions better. This will also allow them to regulate those feelings more easily.

Continuing on our path to becoming emotional experts, we have to understand that some emotions aren’t appropriate for certain situations. For example, if you get a scholarship but your friend doesn’t, expressing your joy isn’t appropriate right when she tells you she didn’t get it.

You have to use empathy to detect emotions in others. If your emotions are different from theirs, you should adapt your conduct to the situation. That’s why you have to teach children some effective ways of managing their emotions. This goes for the negative ones most of all.

The final step consists of establishing a story of what happened. This step involves making sense of emotions or explaining what just happened. If a little girl has a nightmare and wakes up screaming and crying, you have to tell her that she just had a nasty nightmare. You also have to tell her she cried because she felt scared. It’s essential for the little girl to understand that her nightmare doesn’t have to affect her current reality.

Turning a child into an emotional expert isn’t easy. You have to devote time to the task. You must also maintain a high level of empathy and patience. Nevertheless, you have to keep in mind that when you teach your children to manage emotions, you’re contributing to a better future for them. You’re giving them resources so that they can later avoid confrontations and establish better interpersonal relationships.

Anger: That Old Acquaintance
Anger is that old friend that's capable of transforming us in a matter of seconds. Thus, dealing with it isn't so simple. Read more here! Read more »
Link copied!
Interesting Articles
Wellness
The Ties that Bind Me Are Keeping Me from Flying: Emotional Dependence

Gray people tend to discourage other people's dreams. They judge, humiliate, lie, and give you complexes about what you are.…

It's a fact that relationships change and that love ends. However, when these changes are happening overnight, or on a regular basis,…