Love on the Spectrum - Initiation and Development

Love on the Spectrum is about a topic not a lot of people want to talk about. An interesting series on Netflix offers the opportunity to learn more about it. 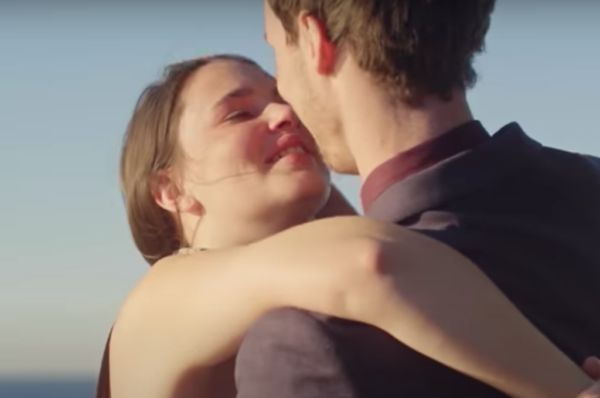 Love is one of the most common themes in art. In short, one could say it has its own little space in every human form of expression. However, its particularities regarding the relationships in minority groups are seldom analyzed. On that note, a new TV series deals with autism. Love on the Spectrum recently premiered on Netflix. In this article, we’ll tell you all about it.

Autism spectrum disorder encompasses a series of disorders characterized by a deficiency in communication and a lack of empathy.

Thanks to the screening instruments available today, professionals can detect this type of disorder at an early age. This is good because they can begin treatment earlier and get better results. In addition, the fact that the symptoms are already present during childhood places this condition under the category of a developmental disorder.

Turning to fiction, Sheldon Cooper might just be one of the most emblematic autistic characters. The viewer gets to witness his social difficulties in practically every episode of the series. You can see how his friends must often make a considerable effort to understand his particular way of expressing his thoughts. This can be a good starting point to try to anticipate some of the details in Love on the Spectrum.

The first date in Love on the Spectrum

The first myth the series debunks and emphasizes is that people with an autism spectrum disorder want to socialize. Yes, they enjoy many solo activities, but it doesn’t mean they don’t want to connect with others and even fall in love. They do want to share their life with someone else and even have an intimate relationship.

However, having others recognize this aspiration may be the first challenge autistic people must overcome. In other words, there’s room for love in the way they understand affection. In fact, you can witness the story of two couples who’ve already taken the step to live together throughout the series. It isn’t an easy path, in their own words.

However, what predominates in the series is the illusion of several people with ASD before the possibility of having a first date. In them, the shyness and insecurities are quite familiar, as they aren’t that different from those of non-autistic people. Thus, you get to be a spectator of how this encounter takes place and of the difficulties they face.

In some points of the docu-reality series Love on the Spectrum, you get to attend some sessions in which people with this disorder prepare for these meetings.

The greeting is the first point to work on. They explain the way of greeting another person, one that most people internalize somehow. That is, getting up and even maintaining eye contact during the first exchanges. This point is important for the rest of the meeting.

Another skill that’s usually worked on with them is how to keep the conversation alive. To do so, they’re encouraged to make a list of topics and questions they’d like to ask.

The evolution of the relationship in Love on the Spectrum

Then, they’re to move to a higher level. This is so the conversation moves from being a mere interrogation to an actual conversation in which both parties participate. One in which there’s less chance of intimidating the interlocutor. This way, they work on strategies on how to shift from a single question. Either that or from questions arising from an unplanned answer.

In all cases, the specialists try to make autistic people understand that the date and the conversation are flexible. This flexibility involves them not being too direct and not asking personal questions. They explain to them that these are at a different level of intimacy. One they’re yet to reach. As a viewer, you also get to see that this is particularly difficult for them.

Thus, the specialists try to transmit to them an idea they would’ve surely transmitted to any person on their first date. The fact that you must be willing to learn something in order to have an interesting conversation. As you can see, this is why it’s so important for people on the spectrum to meet people who don’t only share their interests but also strangers they’ll have to find common ground with during their first contact.

The series is worthwhile. The fact that such a brave project exists is already worthy of your time. In addition, its sincerity is one of its strongest points. It shows that it’s possible to be autistic and have a relationship, even though it’s a goal that isn’t easy to achieve.

In fact, what the viewer sees in this series is that the majority of dates don’t come to a good end. It allows you to witness their emotional impact but also how people recover and learn about second chances.

Adults with Autism: Psychological and Social Challenges to Well-Being
Autism in children is the focus of much attention and study, but it's also important to treat adults with this disorder. Luckily, there are many options. Read more »
Link copied!
Interesting Articles
Cinema, Television, and Psychology
Annihilation - An Exploration of the Unknown