How to Relate to an Autistic Person

Discover how to relate to an autistic person in this article! 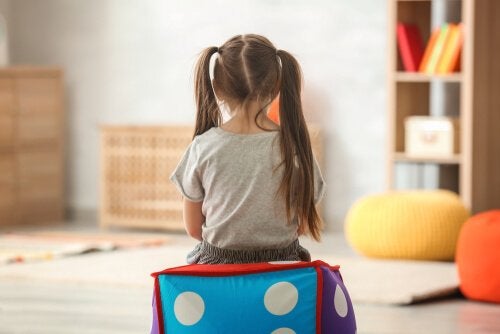 When you think of a child with autism, you might imagine a child who is lost in their own world and doesn’t play with or talk to anyone. They ignore the rest of the world, including their parents and closest relatives. That’s why it’s so important to know how to relate to an autistic person.

Autism is a generalized developmental disorder that affects people throughout their lives and manifests before the age of three. The DSM-5 states that autism is characterized by communicational and social interaction deficiencies, behavior pattern alterations, and restricted, repetitive, and stereotyped interests.

People with autism spectrum disorder (ASD) suffer from what’s known as mental blindness. Mental blindness is a term that refers to the inability to attribute mental states to oneself and others. This is closely related to lack of empathy. In other words, autistic people can’t read emotions nor know how to express their own.

Therefore, patience and understanding are key when it comes to relating to an autistic person. To socialize with them, it’s essential to explain to them how you feel and share the reasons behind your emotions. If you’re able to establish a good connection with the autistic child or adult, their introversion and lack of social reciprocity and emotional responses may decrease in favor of this interaction.

Adapt social rules to their values

Autistic people often have a strong sense of justice, which they can even take to the extreme. For example, imagine that an autistic teenager goes to a concert to see their favorite singer, but there is a long line to enter the auditorium.

This child may believe that they’re actually at the front of the line instead of the back, despite having arrived last, because they’re the singer’s number one fan. Their conviction could make them cut the line. But we must bear in mind that, for this child, it’s not cutting the line, but rather doing what’s fair.

Therefore, the person accompanying them must be patient and explain that when you arrive somewhere, you have to stand at the end of the line. Explaining how this social rule agrees with their values can help.

Another characteristic of autistic people is their concern to preserve their environment as it is. Due to their hypersensitivity to change, they may be uncomfortable with changes that other people consider unimportant or very subtle. For example, they may feel discomfort if you open the curtains or if they see that their favorite chair was moved a few inches to the right.

Introducing or explaining these small changes in their environment is fundamental. If you don’t warn them or ask for “permission” for said changes, they may overreact and even harm themselves.

Hypersensitivity is closely related to the importance of routine for autistic people. In fact, routines are crucial aspects of their lives. Without them, they tend to have a harder time when it comes to social interactions. Therefore, when you’re interacting with an autistic person, you must keep their habits in mind. Respect their time, their space, and their way of doing things.

About 60 percent of people with autism have an IQ below 50, which demonstrates a notable intellectual deficit. However, it’s also true that these children get better results on tests that measure manipulative or visuospatial skills, as well as those that evaluate automatic memory.

Self-stimulatory behaviors (repetitive and stereotypic) are characteristic of ASD. Some examples of said behaviors are rocking from side to side, clapping, turning objects, always wearing the same clothes, obsession about a specific topic, or repeating words they’ve heard.

These behaviors serve to provide the child with sensory or kinesthetic feedback, are persistent, and usually worsen over time. But be careful. In order to relate to an autistic person appropriately, you need to remember that interfering with a moment of automatism can be counterproductive. Thus, it’s best to systematically ignore these behaviors or reinforce other types of behaviors that motivate the child.

As you can see, understanding this disorder better is the first step for those who wish to establish a connection with autistic people.

8 of the Best Films about Autism
Autism is a complex disorder that can lead to social rejection. These 8 films hope to raise awareness and understanding about those that have autism. Read more »
Link copied!
Interesting Articles
Culture
Geopolitics: How the World Works

Culture
Is There Such a Thing as Mind Control Techniques?

Mind control techniques are a thing and, depending on their use, can either be seductive or destructive. They mean different…

Culture
The 8 Virtues of Cultured People, According to Chekhov

Anton Chekhov was one of the greatest writers of Russian literature. His stories marked a particular before and after in all…

Culture
5 Things a Selfie Says About You

When you take a selfie, do you think about how people are going to perceive it? Do you ask yourself…