Love Should Be Eternal While It Lasts 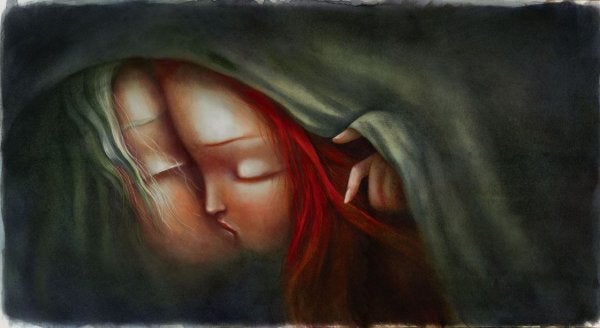 Love needs to have a future, at least while it lasts. In other words, it needs to clearly feel the existence of something that keeps the hope of what’s to come. A sparkle of the complicity of two hearts that love each other. Though we’re conscious that nothing is eternal and even less so when we’re talking about feelings, the truth is that something as strong as love has to feel eternal. At least while it exists.

It’s complicated to handle these terms in a world that wipes our smiles away with all the rushing. But the truth is stars only shine if we stop to gaze at them. Because if we didn’t, they wouldn’t even exist to us. The same thing happens with love, we have to observe it to know it.

“The sun could cloud over forever;
the sea could dry up in an instant;
The world’s axis may break
like weak crystal.

¡Everything could happen! Death may
cover me with its burial silk;
but never will the flame
of your love extinguish within me.”

Sometimes we feel that love is no longer what it used to be, that it has become distorted. Then we become disappointed because we don’t truly know our partners, because we’re not certain that they are “the love of our life,” and because we fail to understand that love is much more than the immediacy of two bodies that love each other.

Maybe, sometimes, love isn’t serious because we don’t allow it to be. Because we fear failure and don’t believe in miracles or fairy tales. But true love isn’t built from hyper-romantic ideas from Disney stories.

Love won’t emerge if we limit it. In other words, if we give it an expiration date, we’re also giving it a price. Furthermore, sometimes it’s cheaper because it costs less (in terms of effort, of course). A couple glances, a kiss and a verse of rhyming “I love yous” as light as a feather.

It’s as if our bodies and needs are making us lose our north. You don’t choose who you fall in love with, nor the moment, nor the place. That’s not love, that’s something else. Love is more transcendent and pure.

The illusion of a life together

Having the illusion or the idea that our love will last generates confidence and common projects. These two ingredients are fundamental to achieving happiness and stability in our relationship.

We have to be brave and commit to the moments. Because love is of no use if we lock it up from the beginning and we don’t believe in its power or its strength. That’s what marks the abyss between a partner and a life companion.

If we talk about true love, we’re talking about something that can’t be defined or limited. We can’t even control it or tie it down, because love is so vigorous that it doesn’t even feel vulnerable in the nude.

So, it should be experienced as if life was eternal but not backwards. We will enjoy it more if we manage to reel in our impatience and don’t hurry through the stages. Ultimately, we must get rid of our fear of impermanence, change and the cycles of love.

It’s ambitious to believe in eternal love, but if we give time to the ephemeral, we’ll be pleasantly surprised. It’s not about buying the sky and mortgaging our life, it’s about renting a plot in which we feel like we’re in heaven. And you can only achieve that when you don’t set absurd limits to your feelings.

What is self-esteem? Self-esteem is the perception we have of ourselves. Therefore, it's the ability we have to love, value, care for and respect ourselves. It's how much we value…

After having sex with someone you didn't know very well, you woke up with a strange feeling. You enjoyed it…