34 Incredible Quotes on Self-improvement and Motivation 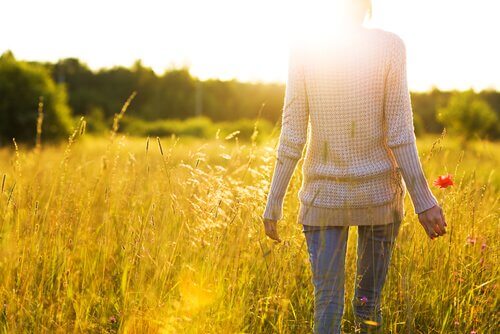 Keeping our motivation as we move towards our dreams is never-ending job. It may be easy sometimes, but other times it’s really hard, especially when problems and obstacles get in our way.

If you’re in one of those times, why not use quotes on self-improvement and motivation as inspiration?

Great characters in history have left as their eternal legacy, their best thoughts in simple but beautiful quotes on self-improvement and motivation.

As we read them, we may just find that spark of inspiration, or that push we needed for the next step. We’re sure they will help you become the best version of yourself.

Integrating them into our days will help us to learn to listen to our inner voice for all the strength we need. That’s why we’d like to share our best quotes on self-improvement and motivation. Ready to get inspired?

Get inspired with the best quotes on self-improvement and motivation

“Fall down seven times, get up eight”. (Japanese proverb)

“Success has a simple formula: do your best, and people may like it”. (Sam Ewing)

“Difficulties are just things to overcome, after all”. (Sir Ernest Henry Shackleton)

“Before anything else, preparation is the key to success”. (Alexander Graham Bell)

“There is a driving force more powerful than steam, electricity and nuclear power: the will”. (Albert Einstein)

“A person with a new idea is a crank until the idea succeeds”. (Mark Twain)

“Self-trust is the first secret of success”. (Ralph Waldo Emerson)

“Failure is success if we learn from it”. (Malcolm Forbes)

“Failure is not an option. Everyone has to succeed”. (Arnold Schwarzenegger)

“Every strike brings me closer to the next home run”. (Babe Ruth)

“Do not sit around waiting for things to come to you. Fight for what you want, take responsibility for yourself”. (Michel Tanus)

“Everything has beauty, but not everyone sees it”. (Confucius)

“Man needs his difficulties because they are necessary to enjoy success.”. (A.P.J. Abdul Kalam)

“The unexamined life is not worth living”. (Socrates)

“Who is a true seeker grows, learns and discovers that he is the only one responsible for what happens.”. (Jorge Bucay)

“Eighty percent of success is showing up”. (Woody Allen)

“If you have built castles in the air, your work need not be lost, that is where they should be. Now put the foundations under them”. (George Bernard Shaw)

“Winning isn’t everything, it’s the only thing”. (Vince Lombardi)

“It is always the start that requires the greatest effort.”. (James Cash Penny)

“Live life to the fullest, and focus on the positive”. (Matt Cameron)

“I count him braver who overcomes his desires than him who conquers his enemies; for the hardest victory is over self”. (Aristotle)

“You cannot have a positive life and a negative mind”. (Joyce Meyer)

“You may say I’m a dreamer, but I’m not the only one. I hope someday you’ll join us. And the world will live as one”. (John Lennon)

“Innovation distinguishes between a leader and a follower”. (Steve Jobs)

“I am, indeed, a practical dreamer. My dreams are not airy nothings. I want to convert my dreams into realities as far as possible”. (Mahatma Gandhi)

We hope these inspire you!

Tricks to Find Motivation
always one more ray of hope. Even though you might not have motivation, there are still opportunities to take advantage of, you just might not see them. Read more »
Link copied!
Interesting Articles
Culture
5 Keys to Start Exercising

Start exercising regularly is a really hard thing to do. The inertia of the first day - or of the first weeks - can make you not get into the…

Culture
6 Most Common Nightmares and Their Meanings

The things you do with your hands have a direct and immediate effect on your brain. A good amount of…