Lewis Carroll, the Life of the Creator of Alice In Wonderland

In the book Alice in Wonderland, Lewis Carroll's alter ego was "The Dodo". This was due to the cartoon he created about his own stuttering when pronouncing his last name: "Do-Do-Dodgson". 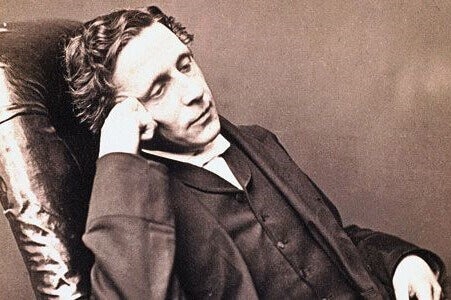 Most people know Charles Lutwidge Dodgson by his pseudonym, Lewis Carroll. He was a leading mathematician, philosopher, photographer, and inventor who loved to write in his spare time. With his book, Alice in Wonderland, he set aside the classic didactic and moralistic literature. Instead, he made way for a vast universe where dreams, imagination, and joy shaped an unforgettable piece of work.

It’s safe to say that that novel was a literary mastery. Later on, he wrote Through the Looking Glass and fantastic (meaningless) poems, such as Jabberwocky, which marked a style never seen before. Halfway between Dadaism and Surrealism, Carroll was an innovator. He opened a direct door to the most delusional and suggestive fantasy.

In his pieces of work, he found inspiration in his knowledge of mathematics and logic. As a result, his stories submerge you into a dreamlike universe where you can play with dimensions, shapes, and distances. His use of language was also extraordinary. No other person has used so many scientific paradoxes. In reality, no one else has invented so many words or played so much with synonyms, homonyms, and pseudonyms.

Moreover, the trail of fantasy and genius that accompanied Lewis Carroll was followed by a darker reverse. You can see this reflected in publications such as The Man Who Loved Little Girls. In it, you can learn about the story of Alice Liddell (the girl that inspired him to create her mythical character), but also about that obsession he had with photographing girls and trying to capture their purity.

Now, there are data that the families of those girls gave their permission. Even the descendant of Alice Liddell explains that Lewis Carroll’s behavior was everything but sexual. However it was, there’ll always be mysteries to solve regarding the creator of Alice in Wonderland.

The biography of an incredibly creative mathematician

Charles Lutwidge Dodgson was born in 1832 in Daresbury, Cheshire, United Kingdom. He was the third of eleven brothers and his father, Charles Dodgson, served as a reverend. From very early on, he seemed to have a great ability for games and literature.

At age 12, he created what he called The Rectory Magazine. It consisted of various sets of poems, funny and short stories he used to entertain those around him. Now, we must note that his childhood and adolescence weren’t easy. He was very shy, faced many diseases (he was deaf in one ear), and also suffered from stuttering. Despite everything, he managed to enroll at Canterbury Christ Church University in Oxford to study mathematics.

His mind was prodigious for science. For that reason, he always managed to get the most prestigious scholarships and graduate with honors. In 1857, he achieved a position as a mathematics professor at Christ Church, a task that he combined with his training as a deacon.

Now, we must note that, although he had great potential for the mathematical sciences, his character was absent-minded, not very energetic, and he tended to daydream a lot. He didn’t really fit into that university scenario. In fact, he often suffered from bullying due to his stuttering and epileptic attacks.

Picnic afternoons with the Liddell sisters

In 1856, young Dodgson experienced a big change. A new dean, called Henry Liddell, arrived at the university. Henry later became vice-chancellor of the University of Oxford and chaplain at Christ Church in Oxford. With him, were also his young wife and daughters: Lorina, Alice, and Edith.

Dodgson soon established a friendship with the family. Not too long after that, he turned into that young deacon who was always ready to take little girls on a picnic by the river, or on a trip to the city. Doing this was quite common. In fact, he also did it with George Macdonald’s children. However, the Liddell girls always had a special place in his life.

On July 4th, 1862, Dodgson and his Trinity member Robinson Duckworth took the girls on a boat ride on the Thames from Oxford to Godstow. That little adventure helped him write the beginning of a story where the protagonist’s name was Alice. The girl ended up loving it, so much so that she asked for more.

Of course, Dodgson obeyed. Week after week, he told the girls about Alice’s new and exciting adventures. Little by little, that task turned into an extensive novel illustrated all by himself. When he finished it, his friend George Macdonald, author of some of the best children’s stories of the time, was so fascinated that he proposed to publish it.

Lewis Carroll could never imagine what would happen next.

Charles Dodgson thought about various titles for his book. After evaluating ideas such as Alice Among Fairies, Alice’s Golden Hour, he opted for The Adventures of Alice in Wonderland. He also chose to sign it under the pseudonym Lewis Carroll. It was published in the year 1865 and, although it went unnoticed at first, the following year, he was already thinking of continuing it.

In this way, the book, Through the Looking Glass reached the general public in 1872. Many critics claimed that this work was much better than the first. So much so that it soon became the most popular children’s book in the United Kingdom, and later all over the world. However, it’s important to mention that success was something Lewis Carroll wasn’t comfortable with.

Lewis Carroll, a photographer and oneironaut

In addition to writing, as he also published several books on creative mathematics, Lewis Carroll dedicated his life to another of his great passions: photography. He made portraits of actresses of the time such as Ellen Terry, the poet Alfred, Lord Tennyson, and the Pre-Raphaelite painter Dante Gabriel Rossetti. He also photographed children. In fact, his series of costumes, as well as his controversial nude photography became quite famous.

On the other hand, it’s impossible not to speak of Lewis Carroll without naming his nyctography. Basically, he had a card that he took out from under his pillow where he’d write down his thoughts or part of his dreams. He could carry this out without having to stick his hands out. To make this possible, he came up with an original alphabet.

Therefore, everything his books reveal could be a reflection of the things he saw in his dreams. Interestingly enough, this technique was, later on, renowned by Salvador Dalí.

Lewis Carroll didn’t experience another literary success like the one he achieved with Alice. He had a peaceful life as a mathematics teacher and, also, as an ecclesiastic. He died of pneumonia in 1898 at the age of 65.

Seven Syndromes Named After Literary Characters
Some syndromes today are so well-known that we recognize them from literary characters who display their characteristics. Read more here! Read more »
Link copied!
Interesting Articles
Literature and Psychology
Great Quotes from The Book of Disquiet

Literature and Psychology
Sophie's World: Helping Us to Relate to Philosophy

Sophie's World is a work that synthesizes the history of Western philosophy in the format of a novel. This original…