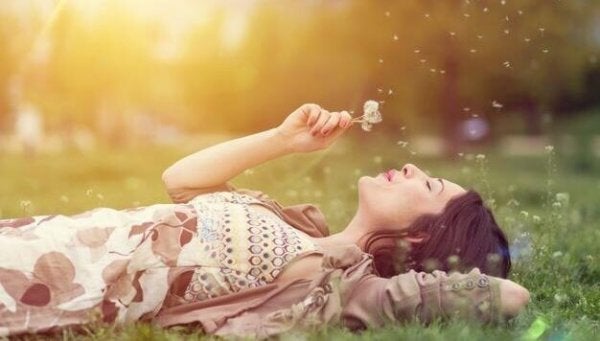 Maladaptive daydreaming defines a peculiar syndrome. The person who suffers from it spends much of their time immersed in their fantasies and completely disconnected from reality. Although we all daydream, there are those who do it to excess. This excessive daydreaming isolates them, and they may begin to neglect food, responsibilities, and relationships.

When we speak of syndromes, you might feel alarmed, suspecting that we are beginning to see pathologies in apparently normal behavior. In this sense, let us first clarify that all behavior begins to be analyzed from a clinical point of view when it begins to interfere with the normal life of the person.

When a person uses his fantasies and dreams to isolate themselves from reality for hours or to flee from emotional conflict and trauma to the point of self-neglect, we are facing psychopathological behavior.

Daydreaming, therefore, is not a problem. As long as we carry out a fully functioning day, that is. 95% of the population falls into this category. Moreover, we all fantasize, and through fantasizing we set in motion an infinity of brain areas that enhance our mental agility. Thus, structures such as the prefrontal cortex, the limbic system, and various cortical areas which relate to sensory information help us to reflect on certain areas of our lives, feed new projects, and improve our mood.

Typically, daydreams are small moments in our day that act as mental “resets”. As momentary refuge that aids our well-being. However, the real problem comes when we prefer these private worlds to real life. In fact, behind the disorder of excessive daydreaming there are usually other underlying and associated problems. This can include various traumas, obsessive-compulsive disorders, underlying conflicts. . .

Let’s look at some more data below

Excessive daydream disorder does not appear (yet) in the Diagnostic and Statistical Manual of Mental Disorders (DSM-V). It is expected to appear in future editions as more research and therapeutic approaches emerge. It was, in fact, in 2002 when the psychiatrist Eliezer Somer, from the University of Haifa in Israel, spoke about it. He named it and describing associated symptoms.

The symptoms include the following:

What is behind maladaptive daydreaming?

As we have indicated, this disorder is still in the phase of description and analysis. However, there are many psychiatrists and psychologists who treat these patients daily in their consultations. We can also see how articles are published frequently to update data and therapeutic approaches. Therefore, this disorder is increasingly delimited and professional practice validates the information we have.

The disorder of maladaptive daydreaming never comes alone. Other disorders or underlying problems usually accompany it. They are the following:

The professional who is working with a patient with maladaptive daydreaming disorder will first try to find out precisely what the underlying cause of the disorder is. The therapeutic strategy, therefore, will not be the same for someone with depression as for someone with obsessive-compulsive disorder. That is the challenge and the starting point from which to start to approach this disorder.

It is also interesting to know that the psychiatrist Eliezer Somer developed a scale with which to diagnose this type of clinical condition. The “Maladaptive Daydreaming Scale (MDS)” has 14 scales with which to define this disorder. It has served to differentiate this condition from other disorders such as schizophrenia or psychosis.

On the other hand, the psychotherapeutic technique EMDR (Eye Movement Desensitization and Reprocessing) demonstrates a high efficacy in the treatment of this disorder. It is an interesting approach with which to resolve the emotional difficulties caused by traumatic events. It was created in 1987 by Francine Shapiro.

“Sometimes, the mind is dealt such a blow that it hides in its own isolation. Sometimes, reality is only pain, and to escape from that pain, the mind has to abandon reality.”

Likewise, cognitive-behavioral psychology is also an effective treatment. With this therapy, the objectives are the following:

To conclude, it is important to know when certain behaviors take us away from our responsibilities and the opportunity to enjoy a full, happy, and responsible life. Excessive daydreaming can sometimes be a “drug” we use to isolate ourselves from a reality that hurts us or for which we do not find meaning.

Are You an Adult with Attention Deficit?
"Attention deficit with or without hyperactivity does not exist in adults!". This is an idea that was believed in the past, but really is false. Read more »
Link copied!
Interesting Articles
Psychology
Psychological Inflexibility and Depression: What's the Connection?

Gestalt techniques help us focus on our present life to encourage self-realization and make better decision, as well as grow…