The Symbolism of Dreams According to Jung

The symbolism of dreams depends on how they integrate our conscious and unconscious lives. 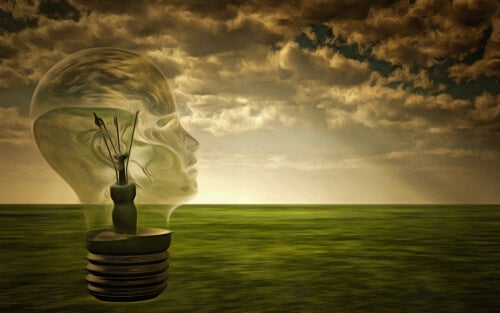 The symbolism of dreams in the Jungian analysis is much richer and interesting than others. Carl Jung stepped far away from the Freudian idea that dreams represented unfulfilled desires. In fact, he developed other concepts for the interpretation of his patients’ dreams. This psychological approach suggests a collective unconscious. It identifies figures from the dream world as symbols that carry messages from this world of the unconscious.

Jungian analysis is all about archetypes. Carl Jung identifies them with unconscious attitudes that hide in the conscious mind. These archetypes manifest through more or less universal symbols that help increase the understanding of unconscious attitudes. Thus, each figure that appears in a dream can represent the dreamer’s specific quality. Some psychology schools also grant this characteristic to inanimate objects that arise in dreams.

The symbolism of dreams – language analysis

From the perspective of a patient who undergoes therapy with a Jungian analyst, the experience is a discovery. When you open the door of understanding to the meaning of dreams from a Jungian approach, you also open the gates of a fascinating world. In terms of Jungian psychology, symbols are the language in which we express ourselves when we dream. This is a language that isn’t always easy to put into words.

In fact, we ​​also use many symbols to express ideas in our conscious life. Thus, Jungian psychoanalysis emphasizes that, although the symbolism of dreams may seem to have universal features, you can’t interpret a symbol without having a deep understanding of the personal situations of those who dream it.

The fantastic world of dream symbolism

According to Jung, the most important archetypes are the animus, the anima, or the shadow. They all represent a part of the dreamer. Furthermore, they’re present in dreams in the form of an old man or an old woman who may also be a teacher we admire, a young woman, or even a huge insect. In addition to identifying them, the therapist helps the dreamer unravel what these figures mean to them.

Symbols such as the forest represent an enigmatic and strange place in the current Jungian school of psychology. It has to do with the fear of facing what emerges from the unconscious. It’s an example of how Jungian analysts don’t assign a fixed meaning to a dream image. What they do is look for the personal meaning it has for the dreamer beyond its obvious appearance.

The symbolism of the most common dreams

A certain symbolism within dreams is present in many people. For instance, dreaming that you’re pregnant is a type of dream that generates mixed feelings when you take it literally. According to the Jungian perspective, it may have more to do with some kind of incipient creation or transformation and internal growth.

When a former partner appears in a dream, they may actually symbolize a part of the individual who dreams. That’s why it’s important to always make an analysis from what an image emotionally represents to every person, how recalling this image makes them feel. Dreaming of tooth decay is another repetitive dream in many people. It’s a dream symbol that usually appears in periods of transition or important changes.

Dreaming of animals is also archetypal terrain. The interpretation significantly influences the socio-cultural environment of a dreamer and the emotion that the dream animal transmits to them. Does it produce fear or confidence? Was it a pleasant dream? Did it produce a feeling of hostility? Animal symbols have a wide array of interpretations in mythology.

Recurring dreams are usually associated with negative experiences that we have internalized in the form of emotional trauma. One can interpret them as a sign that you should heal some repressed quality.

Another way to understand the psychology of dreams

The psychoanalytic approach isn’t yet fully accepted in the more conventional clinical psychology and it isn’t considered scientific psychology. However, training as an analyst does require a degree in Psychology. In addition, you must take postgraduate studies taught by highly prestigious academic institutions.

Additionally, the future therapist must undergo an analysis before being able to fully practice. It’s not a method one can apply lightly so the training of these professionals is rather intense.

From this approach, dreams can be a great tool  to learn and know yourself better. Writing down your dreams can also be useful for relating personal meanings and dream symbolism. Thus, if you have the opportunity to do therapy with a good Jungian analyst, the experience can be one of the most rewarding elements on your path to self-knowledge.

Carl Jung’s Collective Unconscious
Carl Jung, in his theory of the collective unconscious, argued that common elements of humanity are a kind of mental heritage. Read more »
Link copied!
Interesting Articles
Psychology Today
Fatphobia, the Only Elephant in the Room

Peter Paul Rubens (1577-1640) was a remarkable exponent of baroque painting. He studied in Belgium and then moved to Italy.…

What is the secret to success? Just what do successful people do so differently from the rest of us?…