The 8 Virtues of Cultured People, According to Chekhov 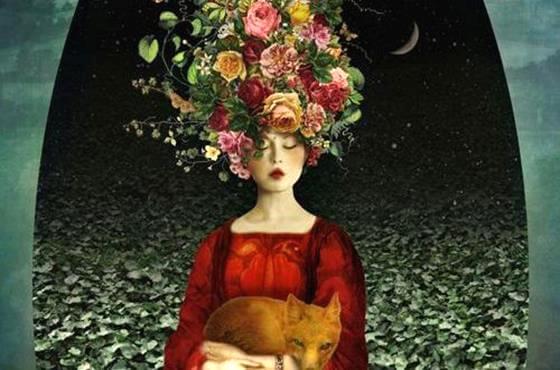 Anton Chekhov was one of the greatest writers of Russian literature. His stories marked a particular before and after in all Western countries. His greatest virtue was that he managed to make people’s behaviors and their interactions more significant than the plots of his stories themselves.

He was therefore a sharp observer of human behavior. He had the ability to capture an atmosphere with total realism, highlighting details that would have gone unnoticed by others. His intention was not moralistic but, despite this, among his legacy was found a letter that he wrote to his older brother where he expressed a series of pieces of advice.

“Intense culture does not cool the passion of visionaries: their whole life is faith in action”

The letter was written during one of his stays in Moscow and explains what Chekhov considers to be the characteristics of truly cultured people. It is also a text that serves to orientate us and guide us on the highest virtues of human beings. In the following blog we will tell you what his advice was and we’ll share some segments of the text.

1. Kindness, one of the virtues that Chekhov values

For Chekhov, truly cultured people “Respect the individual and are therefore always indulgent, gentle, polite and compliant. […] When they move in with somebody, they do not act as if they were doing him a favor, and when they move out, they do not say, ‘How can anyone live with you!'”

A distinctive characteristic of highly cultured people is how they treat others. However large the differences between one person and another, this is not an excuse to give free reign to conflict and mistreatment. In fact, it is prudent to avoid conflict and to distance oneself if the contradictions are irreconcilable.

2. Empathy with those who suffer

Chekhov says the following about cultured people: “Their compassion extends beyond beggars and cats. They are hurt even by things the naked eye can’t see”. This explains why they are highly sensitive to the suffering of others, even if they don’t express it.

Being very cultured implies a high level of understanding for those who suffer. The word “culture” comes from the Latin “cultus” which means “cultivation of the human spirit”. A cultured human is not indifferent to the pain of his fellow humans.

With regard to the issue of material goods, Chekhov indicates that “They respect the property of others, and therefore pay their debts.” In principle, taking on a debt supposes an agreement in good faith. One person lends money to another with the expectation that it will be returned to them under the agreed conditions and time frame.

The way that someone handles their debts reveals a lot about their personality. Debts are acquired in exceptional circumstances and on the basis of real need, and are paid on time, because fundamentally what is in debt is the word of the borrower.

4. Rejection of lies and pretense

On the subject of lies and slander, according to Chekhov, truly cultured people have the following characteristics: “They are sincere, and dread lying like fire. They don’t lie even in small things. A lie is insulting to the listener and puts him in a lower position in the eyes of the speaker.

They do not put on airs: they behave in the street as they do at home, they do not show off before their humbler comrades. They are not given to babbling and forcing their uninvited confidences on others. Out of respect for other people’s ears they more often keep silent than talk”.

Lies and pretense are a way of scamming other human beings. On the other hand, sincerity is a way of showing respect for others. Authenticity is a sign of self-value and dignity. So, rumors and gossip should not be on the agenda of cultured people, as they are also a way of putting others at a disadvantage.

For Chekhov, a cultured person distances themselves from positions of victimization, which are also a facet of deceit. With regard to this, he says: They do not belittle themselves to rouse compassion. They do not play on the strings of other people’s hearts so that they may sigh and make much of them.”

Triggering compassion in others can bring some apparent benefits in immediate terms. But, in the long term, it turns out to be a deceitful strategy that just reflects the lack of respect that someone has for themselves and feeds mistrust in others.

Chekhov invited reflection on the pretense that appears when someone has more money or power than others. On this point, he suggests: “They have no shallow vanity. […] If they do a pennyworth they do not strut about as though they had done a hundred roubles’ worth, and do not brag of having access where others are not admitted”.

Allowing a sense of superiority to flourish for reasons as temporary and luck-dependent as money and social privileges is simply a demonstration of a lack of evolution. This kind of people value having over being and depend entirely on external factors to value themselves.

Each person in the world has their own talent. A large part of our life’s task is focused on discovering it and cultivating it. Chekhov says that cultured people: “If they have a talent they respect it. They sacrifice to it rest, women, wine, vanity […] They are proud of their talent”.

Talent is one of the greatest treasure of humans. It isn’t necessary to be a famous artist or successful businessman to say that one has talent. Sometimes this gift may be in small things, like knowing how to value others or having the ability to easily understand or help. When one discovers their own talent, it is necessary to give it great value and to fight to develop it.

8. Moderation and care in actions

Chekhov indicates that cultured people “Develop the aesthetic feeling in themselves. […] They seek as far as possible to restrain and ennoble the sexual instinct. […] They want, especially if they are artists, freshness, elegance, humanity, the capacity for motherhood. […] They do not drink vodka at all hours of the day and night, do not sniff at cupboards, for they are not pigs and know they are not.”

These declarations are a call to moderation and a voice that rejects physical and biological excesses. Human beings are not organisms, but rather people who can and should give sense to what they do, including in the most basic acts.

5 Virtues of Wise Women
It's not that there is a group of wise women and another group of dumb women. Every woman holds within them the seed of wisdom. Read more »
Link copied!
Interesting Articles
Culture
Sigmund Freud: Biography of a Brilliant Mind

Every now and then, the world gifts a new great mind to us. Some of them are leaders in fields…