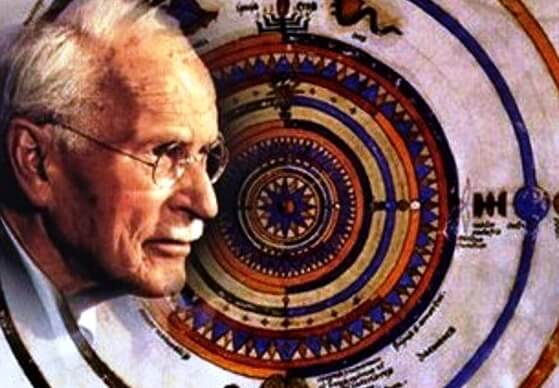 The work of Carl Jung is a process of constant searching, a wonderful alchemy between Analytical Psychology, Anthropology and Philosophy which has given us such interesting concepts as “the collective unconscious”, “archetypes”, “synchronicity” and the foundation of a spiritual legacy where you can find a whole crucible of ideas. When we talk about famous psychologists, the first one that most people think of is the iconic Sigmund Freud. However, for many, it was Carl Gustav Jung who managed to leave a much deeper imprint in the study of the personality and the human psyche. And part of that was because of Jung’s spiritual awakening.

“If you are a talented person it does not mean that you have received something, it means that you can do something”
-Carl Gustav Jung-

It must be said that even though Jung worked closely with Sigmund Freud for years, the latter’s focus on sexuality as a relevant factor in human behavior was always a difficult pill to swallow for the Swiss psychiatrist.
In the extraordinary mind of this free thinker, the founder of Analytical Psychology, there were many more concerns that went beyond the theoretical fundamentals that Freud moved in. Despite being a practicing clinical psychologist, well versed in its theory too, he devoted most of his life to exploring other realms. He got wrapped up in Eastern and Western philosophy, arts, literature, astrology, sociology and even alchemy.
A legacy of fascinating knowledge and here’s how it all came about…

The childhood dream that opened his eyes

C. G Jung once said that human beings are born three times. The first is the real physical birth. The second occurs with the development of the ego, and the third is what leads to the birth of what he called “spiritual consciousness.” According to Jung, this last birth will never happen if the person focuses exclusively on the ego, on its conditioning and on our rigid unresponsive mental patterns.

It seems that Jung himself experienced this third awakening as a child thanks to a strange, symbolic and fascinating dream. In it was a large room with a red carpet with a strange being lying flat out on it. It was a tree-like monster that sported an immense eye in the middle of his forehead. It had the skin of a man and barely reacted when little Gustav Jung approached him. However, he was soon able to hear his mother’s voice shouting at him from a nearby grave, telling him not to approach the monster because it was “the eater of men“.

Although at first he took the dream to be more of a terrible nightmare, it soon awakened in him a deep interest in the world of the surreal and its symbolism. Years later he was aware that this dream was like a call, a direct invitation to investigate what psychoanalysts would later call “the unconscious“.

Although the clinical approach that C. Gustav Jung worked with was based on a very theoretical psychiatry, it was always clear to him that he didn’t want to stay within that limited vision of human knowledge. He soon incorporated roots of anthropology, concepts of art and spirituality into his theories, as well as the cultural legacy which hid revealing ideas about the realm of the unconscious.

With these ideas, Jung reinforced the universal character of his theory of the archetype, by also making a valuable defense of spirituality as a tool to improve the psychic health of modern man.

Jung and his study of mandalas

C. G Jung, in his infinite passion for knowledge rooted in our ancient cultures, didn’t take long to discover the psychological effects of the mandalas, while he was studying Eastern religion.

Jung used the mandalas with his patients to help them listen to their inner voice. It was a way to decentralize the ego, to break the murmuring of obsessive thoughts so that the person could find new routes of liberation and come to a new state of consciousness.

“What you deny submits to you, what you accept transforms you”
-Carl Gustav Jung-

To conclude, the legacy of Carl Gustav Jung is undoubtedly one of the most vast and richest in terms of knowledge, approaches and conceptions. Although his theoretical contributions are still very present in the field of psychoanalysis, to this day there are many who prefer to focus only on his spiritualist ideals.

We would like to invite you to get to know the full range of his work,  missing none of it. Books like “The Red Book“, “Man and his symbols” or “Memories, dreams, thoughts” are testimonies of a multidisciplinary approach, a melting pot of knowledge and awakenings that today continue to inspire everyone, whether they be experts, laymen or simply inquisitive.

4 Quotes by Carl Jung on Personal Growth
We can learn a lot from the thoughts of Carl Jung on personal growth. Can you think of ways to apply these in your own life? Read more »
Link copied!
Interesting Articles
Psychology
Are There People Without Feelings?

Being single, far from a relationship status, really means that you're moving through a particular stage of life in fullness and freedom, without needing to wait for anyone or look for anyone.…

Psychology
If You Want to Help Me, Don't Interfere

If you really want to help me, don't say anything, respect my space, and let me be alone. Don't tell…