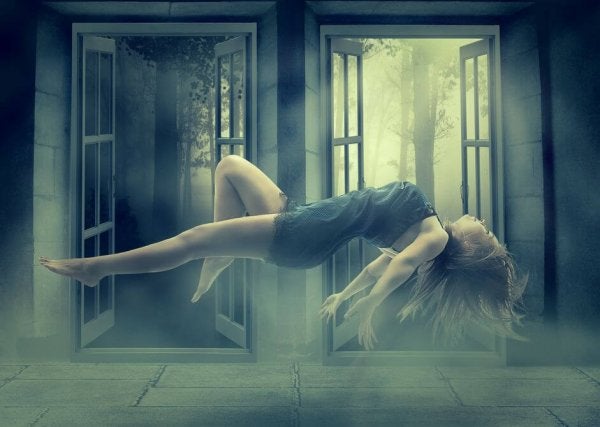 “Breathe deeply, think about something pleasant, and you’ll go to sleep…”

I notice a strange sensation that comes up through my arm and after that, peace. I am not me; I find myself in an induced coma.

According to Professor Pandit, an anesthesiologist at Oxford University Hospitals, there is a third state of consciousness that some patients enter when they are given a general anesthetic.

Is it possible to wake up under general anesthesia?

The possibility of a third dimension of consciousness, according to Pandit, comes mainly from the variability in medical specialty. No one can ever be completely sure that the drugs administered have had the intended effect. It’s very complicated to individualize the right drug in the exact quantity for each patient, even after years and years of training and experience in the operating room.

All of a sudden, something happens; I hear voices, am I dreaming them? No, they’re real, I can hear the surgeons talking about the operation, my operation! Have I died? No, although Hell could be something like this.

Yes, it’s possible to wake up during a surgical operation, but not completely. We find ourselves in that third state of consciousness described by Pandit in his studies. Clearly we’re not awake, because we can’t move our communicate. But we’re not completely unaware of external stimuli, either.

It’s been called disanesthesia, a state in which the patient is neither conscious nor unconscious. It affects a small number of patients who enter the OR and are put under general anesthesia. Even so, it’s something that concerns professionals. The patient is aware of the operation and everything happening around them, but they can’t do anything about it.

I can feel their hands on my body, the surgical instrument breaking through my insides. I’m afraid. I can’t breathe well. I want to shout! But I can’t get a word out, and I notice a tube in my throat. I can’t move! I’m paralyzed. All I can do is wait for the operation to finish, unable to move, suffering every second, wishing for that intermittent beeping sound that I hear in the background to stop.

But we shouldn’t be alarmed, because according to statistics, only one patient in every 15,000 says that they remember something about the operation after they’ve woken up. These are the people who never reach complete unconsciousness when they receive anesthesia.

Dr. Pandit is considered to be one of the best anesthesiologists in his country, and he’s focused much of his research on studying disanesthesia.

Anesthesiologists control heart rate, blood pressure, respiration, the concentration of drugs in the blood, and many other things, but this does not appear to be sufficient to ensure a state of complete unconsciousness in the patient during surgery. Some signs of waking up, such as an increase in heart rate or blood pressure, should alert the doctors, but these physiological signals are often deactivated by the drugs that are administered during the operation.

The prestigious anesthesiologist has resorted to an old technique that allows him to paralyze the entire body of the patient, except for one of their forearms, to show that this is possible. A third of patients, who seemed unconscious during surgery, moved the fingers of the free arm in response to direct orders.

“In effect, these patients are in a state of unconsciousness, but nevertheless, they can respond to external stimuli, like verbal orders,” clarified Dr. Pandit. “What’s extraordinary is that they move their fingers only if they are ordered to. No patient reacted to the surgical operation. They probably don’t feel pain.”

It’s been three weeks since the operation, but I still can’t sleep. I wake up in the middle of the night sweating, my heart racing. I’ll never forget the feeling of suffocation and death that I felt during those never-ending minutes.

Although in reality it’s very rare, an experience like this can be extremely traumatic. In fact, patients who have experienced something like this normally suffer post-traumatic stress, anxiety, and panic attacks.

We’re still not able to establish exactly what human consciousness is, and so monitoring its absence is even more complicated.