Intimidation and Blackmail as Crimes Against Liberty

Some concepts of crimes against liberty, such as blackmail and threats, are often used interchangeably in everyday language. Today's article is an analysis of their differences from a legal perspective. 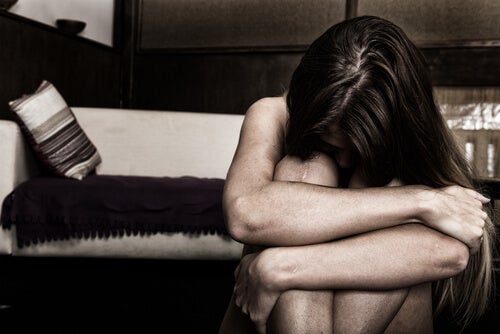 It’s important to know the definition of intimidation as one of the crimes against liberty in order to understand the concept and its implications in-depth.

Some penal codes state that those who intimidate another with the threat of harm deserve punishment. This action must constitute a crime such as threatening to kill or injure, torture, force an abortion, and anything against a person’s moral integrity. It can also be in regard to a person’s sexual freedom, such as threatening to rape a person or endanger their intimacy, honor, personal finances, and socioeconomic order.

In all these cases, it may be that a person, their family, or other persons they’re intimately linked to are directly intimidated by someone.

Thus, the protected legal good here (these are valued realities, such as life or health) is the freedom of the person. Also, the right for every human being to peacefully go on about their lives.

Below are the main characteristics of the crime of intimidation and its main differences with blackmail.

“For to be free is not merely to cast off one’s chains, but to live in a way that respects and enhances the  freedom of others.”

The crime of intimidation is a crime against liberty

In general, case law considers that the crime of intimidation is of mere activity. Also, it takes place with the presence of a threat to a victim. This means it doesn’t have to produce a result of the offender’s actions in order to be a crime. The act itself is already one.

The regulation of threats has three different precepts when it comes to crimes against freedom. These are:

A conditional threat is one linked to a specific event that must occur for the threat to become effective. For example, obtaining a sum of money in exchange for not killing someone.

The penalty for crimes against liberty varies depending on whether the threat is conditional or not. The prison sentence is six months to two years if it isn’t conditional. In addition, in cases where this condition exists, one must also take into account whether the offender acted on the threat (punishable with time in prison) or not (lesser sentence).

For example, the offender may have failed to achieve their purpose if they told an eight-year-old child they would kill them if they told someone that they molested them. However, the child told their mother. Thus, neither the demanded silence nor the threat of death actually happened.

Instead, the criminal would have achieved their goal if, for example, they asked a minor for naked pictures of themselves in exchange for not posting other existing ones on the Internet and they complied.

Blackmail is about demanding an amount or reward from another person. All under the threat of revealing or disseminating facts concerning their private life. Information about any family facts that aren’t public and may affect their interests. Note that this isn’t the same as the crime of intimidation via threats.

In this case, the penalty is imprisonment if they actually obtained what they demanded. They’ll spend less time in prison if they didn’t obtain it.

For example, blackmail would consist of threatening a person to reveal the existence of an extramarital affair to a person’s partner. Unless they get something in return, that is.

Conflicts
Putting People Down: A Subtle Form of Aggression