In criminal psychology, experts determine how criminal behavior develops in a person's life. 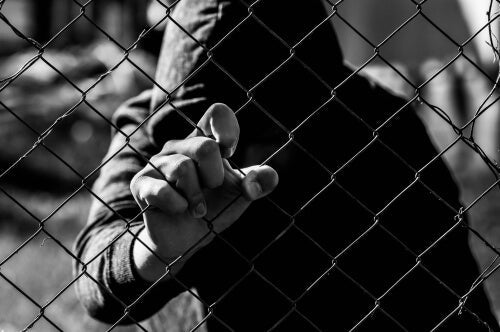 Among the main fields of interest in criminal psychology are antisocial behavior, aggression, or the study of social bonding and crime. But how can we explain criminal behavior? Well, it seems that it involves emotions, rewards, and personality traits, as well as beliefs and attitudes (1).

Thus, the main goal of criminal psychology, during its short time of existence, has been to understand the reason for criminal phenomena and the behavior patterns that give rise to them. But how does a person become a criminal? According to researchers Santiago Redondo and Antonio Andrés Pueyo, from the University of Barcelona, five factors explain it.

Why does crime happen?

The research considers these five factors as explanations for crime. They’re the following (1):

The model that dominates the explanation of crime is the one formulated by Akers (2). This model states that there’s an interrelationship between four mechanisms in the learning of criminal behavior:

According to biopsychological research, some factors may play a role in antisocial or criminal behaviors. Some of these characteristics would be some sort of cranial injury, low activity in the autonomic nervous system, or low activity in the frontal lobe.

3. Crimes are reactions to individual experiences of stress and tension

Over the years, research into criminal psychology has focused on experiences of stress as a cause of criminal behavior. (3, 4). Many homicides, assaults, or femicides, as well as robberies with intimidation, are perpetrated by individuals who experience strong feelings of revenge, anger, anxiety, or contempt for others.

The general theory regarding stress, in turn, points out the direct relationship between the presence of stress in a person and committing crime (5).

4. Involvement in criminal activities is the result of the breakdown of social bonds

Travis Hirschi, an American sociologist and criminologist, established that several social contexts join young people to society. These include school, family, friendships, and others, such as hobbies and sports. The degree to which a person is attached to these contexts is determined by the following bonding mechanisms: attachment, commitment, participation, and beliefs.

As a result, Hirschi believes that the reason for antisocial behavior lies in the breakdown of mechanisms in one or more social contexts.

5. Initiating and continuing the criminal life relates to the individual’s development, especially in childhood and adolescence

Prevention and treatment in crime psychology

To conclude, we’re going to briefly focus on the situation in Spain. Spain has several types of psychological treatment for offenders, mainly in prisons. These include:

Redondo points out that the great problem facing the application of these treatment methods in Spanish prisons is the sheer number of people in prison.

So, as you can see, it seems that several factors come together to make crime happen. The field of criminal psychology has been trying to explain, prevent, and treat criminal behavior for years, relying on ironclad theories. However, further research seems to be necessary, particularly in improving the prevention and treatment of so-called antisocial behavior.

What is the Cause of Organized Crime?
Organized crime is a way of committing crimes. These crimes require a certain level of planning and coordinated participation. Read more »
Link copied!
Interesting Articles
Social Psychology
Facial Malformations and Their Unexpected Effects