Simple individuals don't show humility only by their actions. This virtue comes from thought and flexibility. It's about owning up to your mistakes and leaving room for growth. 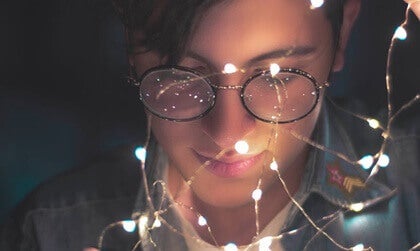 Intellectual humility is of great importance. After all, every individual in the world acts as they think, don’t they? However, most people have met at least one person who’s proud of mind and heart; someone who has little to no humility simply because they don’t understand the importance of it. This leads us to wonder why this type of egocentricity is so prevalent. Have you thought about this before?

This isn’t just a casual matter. The more time goes by, the more people believe that their opinion is the only one that should be respected. As a consequence, it’s becoming more difficult to hear apologies and admit that you’ve made a mistake and that you could’ve done things differently. The interesting thing here is that these egos are all around us, not just on social media.

Let’s see an example of this situation. Just over a year ago, psychologists from the Max Planck Institute for Human Development came up with something striking. They had a suggestion they directed at all scientific communication: researchers should come up with a written apology in response to all those studies that have proven to be erroneous or invalid.

According to Dr. Julia M. Rohrer (the promoter of this idea), the lack of intellectual humility is a cultural factor. It’s so ingrained in everyone’s patterns and behaviors that someone must now begin to set an example.

The importance of intellectual humility

Have you ever been frustrated because someone refused to change their mind even when they were completely wrong? We’ve all been through this once or twice. Now think about the last time you realized you’d made a mistake and were able to admit it. Was it long ago? Or is that something you usually do?

Admittedly, it’s quite difficult for people to become aware of their mistakes. Everyone’s ignorant about certain topics. In fact, this is completely normal and shouldn’t be that hard to own up to. However, as we mentioned above, our culture itself urges us to seem invincible. Of course, this intellectual infallibility leaves no room for setbacks or to admit failure.

In fact, sometimes, changing your mind is frowned upon. It’s as if people weren’t allowed to change their values, opinions, and beliefs. They must remain the same throughout life. If someone dares to change the way they think, they’re no longer coherent. Of course, this couldn’t be more wrong. Everyone’s entitled to change as a result of experience and maturity.

Owning up to your ignorance

“The only true wisdom is in knowing you know nothing,” Socrates said. “The plague of man is the opinion of knowledge. That’s why ignorance is so recommended by our religion as a quality suitable to belief and obedience,” affirmed Michel de Montaigne in the 16th century. Most philosophers have been aware of the importance of what we call intellectual humility.

That being said, intellectual humility is a great virtue to have because it reminds us that making a mistake isn’t the end of the world. At the end of the day, it’s okay to take other people’s opinions into account. It’s also necessary to keep our own flaws and weaknesses in mind. However, is it possible to always be aware of them?

Not really, because the brain doesn’t perceive them. In other words, it’s hard to see all those biases due to our mental rigidity. Believe it or not, no matter how open-minded a person is, there are always contradictions, uncertainty, and opposing opinions that aren’t easy to admit to oneself.

Mark Leary, a social and personality psychologist at Duke University, pointed out something important. Ignorance is invisible. We rarely ever see it on ourselves. If we ever do, it’s difficult to admit it. Owning up to our mistakes is easier said than done. On the other hand, those people with intellectual humility will have no problem in assuming their errors. Doing so facilitates advancement, learning, and even cognitive enrichment.

Simplicity is an intellectual virtue

Some virtues go unnoticed but have the remarkable ability to make the world a better place. Somehow, those who show excessive self-confidence and arrogance and who act infallible and inflexible before others always attract the most attention. It’s as if they carried a banner that said “I know everything and I’m never wrong”.

And that couldn’t further from the truth. They’ve been wrong and will continue to be in many different aspects. It’s important to remember that those who don’t assume their mistakes are condemned to repeat them. However, those individuals with emotional and intellectual humility are able to admit their mistakes and move forward to do the right thing.

In brief, simplicity is an intellectual virtue because it’s capable of beating our ego and leading to social and emotional health. As a result, prejudice falls short in comparison with flexibility and understanding. Intellectual humility is more important now than it’s ever been. Let work on making it real.

Greatness Comes from Humility, Not Superiority
What defines greatness? Greatness comes from humility and treating others with respect. Read more »
Link copied!
Interesting Articles
Psychology Today
Can Saving Lives Be a Crime?

Psychology Today
The Pandemic Through the Eyes of Yuval Harari

Yuval Harari is a world-renowned historian. After his book Sapiens: A Brief History of Humankind was published, he didn't only…