Why Some People Don't Admit Their Mistakes 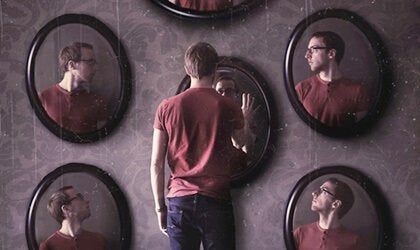 Just like Alexander Pope once said, “To err is human; to forgive, divine”. However, we live in a time of apparent perfection. In this day and age, many people don’t like to admit their mistakes. In addition, politicians don’t take responsibility for their wrongdoings and institutions turn a blind eye to their shortcomings.

Why is it so hard for people to admit their mistakes? It’s more likely for people to apologize for something they did than for them to bravely admit a mistake. A study by The Ohio State University demonstrated this.

Psychologists Roy Lewick and Leah Polin discovered that it’s easier for people to say “Sorry if I offended you” than “You’re right, I made a mistake”. With the former, the goal is to fix the emotional aspect without really taking full responsibility, as opposed to what happens when someone openly admits they were wrong.

It’s not easy to admit to others that you’re not perfect. However, your classic desire to seem flawless, invulnerable, and extremely efficient might be creating very strict and unhealthy situations. It can be easy to forget that happiness isn’t about being perfect. It’s about being human!

In the end, admitting your mistakes is an exceptional opportunity to grow and improve.

“There are people who make no mistakes because they never wish to do anything worth doing.”

Factors that explain why people don’t admit their mistakes

People who don’t admit their mistakes make us feel frustrated at first. We try to make them understand our point of view later on, but then we give up. This is because those people have such rigid personalities and have such poor social skills that we become aware that it’s not worth it to let ourselves get discouraged by them.

Last year, the New York Times published an interesting article about this exact topic. Paul Krugman, a professor at Princeton University, pointed out that we’re living in a world with an epidemic of infallibility. This can be clearly seen in politicians who desperately want to show an image of absolute perfection.

Admitting one’s mistakes and taking responsibility for bad decisions is a red line nobody wants to cross. This is mainly due to the classic idea that admitting mistakes is a sign of weakness. And in a world characterized by constant uncertainty, showing weakness is equivalent to jumping off a cliff.

Beyond this known social scenario, it’s also interesting to observe the people who are closest to us who don’t admit their mistakes at all. Why are they like that?

The Brunel University London carried out an interesting study in which they analyzed different personalities and how people interacted on social media. Narcissists were the ones obsessed with constantly posting their achievements and strengths.

However, this type of personality characterized by a highly positive self-image hardly ever admits having done something wrong. Doing it represents a direct violation of their expectations of themselves. They’ll always prefer to spot everyone else’s flaws.

“If I don’t take responsibility for my faults, I assume they don’t exist and that my actions have no consequences. Therefore, I’m capable of anything.” This personal focus leads us to inevitable failure and unhappiness.

We all make mistakes. When we do, we have two options. The first and the most reasonable one is to admit we failed and take responsibility. The second one is to refuse and apply a defense mechanism. Cognitive dissonance is definitely more common: someone chooses to ignore or not accept two contradictory situations so that their identity remains intact.

For example, an article published in the European Journal of Social Psychology pointed out something quite interesting. People who chose not to take responsibility for their faults thought that it made them stronger and that they had more power over others and themselves. Therefore, they know they failed and that there’s cognitive dissonance, but they choose to silence it to protect their egos.

People who don’t admit their mistakes use many psychological strategies to blatantly avoid responsibility. Talking some sense into them surely isn’t easy. Nonetheless, that doesn’t mean it’s not possible. It’s never too late to step down from the pedestal and be more human and admit our own mistakes to grow.

Recognizing Our Mistakes Means We Can Learn From Them
Confucious said, "If you make a mistake and do not correct it, this is called a mistake." If we deny our mistakes, can we learn anything from them? Read more »

Diseases of the stomach tend to come with strong discomfort and emotional gastritis is one of the worst. Despite there…

Wellness
You Can't Fall in Love in a Day, or Forgot Someone in Two

They say that "You can't fall in love in a day, or forget someone in two". But I forgot the…