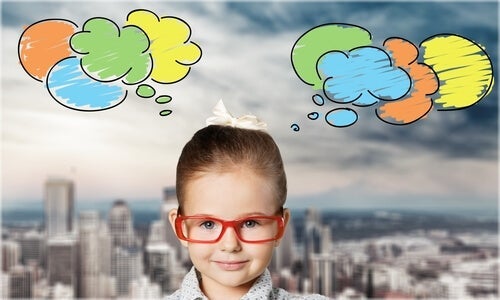 Vygotsky’s sociocultural theory of cognitive development didn’t only focus on how adults and peers influence individual learning. Also, it focuses on how cultural beliefs and attitudes impact the way instruction and learning take place.

Thus, note that Vygotsky’s sociocultural theory is one of the foundations of constructivism. Insofar, as it states that children, far from being mere passive recipients, build their own knowledge and their own schema from the information they receive.

Led Vygotsky argued that the community plays a central role in the process of “making sense”. Therefore, this is why his sociocultural theory of cognitive development emphasizes the fundamental role of social interaction in the development of cognition.

Thus, according to Vygotsky, children still have a long period of brain development in front of them. Furthermore, each culture would provide what he called intellectual adaptation tools. This is because these tools allow children to use their basic mental skills in ways that are sensitive to the culture in which they grow up.

Vygotsky argued that learning is a necessary and universal aspect of the culturally organized development process. Specifically, of the human psychological function. In other words, social learning tends to precede development.

Like Piaget, Led Vygotsky claimed that babies have innate basic skills for intellectual development. According to him, the elemental mental functions are attention, sensation, perception, and memory. It’s through interaction within the sociocultural environment that these functions develop in more sophisticated and effective mental processes and strategies. These are also known as higher mental functions.

Vygotsky believed that each culture displays unique differences and that cultures vary dramatically. This is why Vygotsky’s sociocultural theory suggests that both the course and content of intellectual development aren’t as universal as Piaget believed.

The zone of proximal development

Vygotsky considers that the zone of proximal development is the area where help in the learning process from someone with more experience can be more valuable. In other words, it’s the place where a student can benefit the most, in terms of learning, from learning from an expert.

Lev Vygotsky’s theory also highlighted the importance of play in learning. Parents and teachers can use this context to discover where the child’s zone of proximal development is located and lead them to it. This is the area where there are tasks that constitute a real challenge for the apprentice; a set of challenges that, given their level of development, can be overcome with a little support.

Vygotsky also saw peer interaction as an effective way to develop skills and strategies. These are stimuli that usually have a similar zone of proximal development. That is why he suggested using cooperative learning exercises. Some in which the least competent children can develop with the help of more skilled peers.