The Influence of Emotions on Creativity 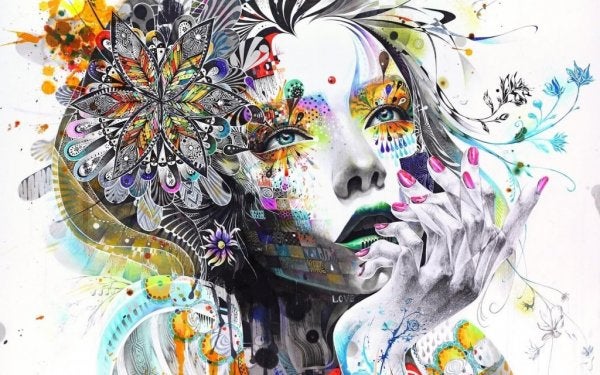 Understanding the complexity of life can be an especially fruitful journey towards psychological well-being. Embracing pain and negative emotions in general, and viewing them as a fundamental part of our existence, is an inherent characteristic of creativity.

In the last few decades, Western society has developed an aversion to pain in almost all of its manifestations. In a culture that has become accustomed to immediate consumption and instant gratification, there’s no place for emotions like sadness, anger, discouragement, and frustration.

These emotions are perceived as dysfunctional states that remove us from the circuits of production and consumption. When we stop denying our pain and view it as something that makes us and shapes us, creativity is launched and expressed.

“Creativity is allowing yourself to make mistakes.”

Throughout history, many artists and scientists have indicated that they experienced their highest levels of creativity during the most unhappy moments of their lives.

Neuroscience has shed light on the neural connections that open the doors of creativity. A study led by Dr. Roger Beaty suggests that people with higher levels of creativity show more connectivity between areas of the brain that aren’t usually strongly linked.

From this study, it’s also clear that people who are more emotionally engaged, or in other words, more open to delving more deeply into their emotions, are more open to inspiration. This is a more reliable indicator of creativity than intellectual ability.

Other studies have found that when individuals are in unusual environments with contrasting emotions, creativity increases. This occurs because the brain must make associations that it would never make in normal situations.

Regarding emotions, it’s also been demonstrated that positive emotional states can boost creativity, allowing more ideas to be produced, although these ideas aren’t necessarily more original. Negative emotions like sadness, anger, melancholy, and disappointment can help the individual produce more ideas when they consider the creative task to be interesting. So a person in a negative mood can find a remedy in the creative process and return to a neutral or positive emotional state.

“To live a creative life, we must lose our fear of being wrong.”

Sir Ken Robinson is an educator, writer, and expert on creativity. He was knighted by the queen of England for incorporating art classes into the school curriculum. In the most-viewed TED talk of all time, he stated that schools with traditional educational approaches kill emotions and creativity.

His research showed that 90% of preschool children present high levels of creative thinking. After years at school, barely 20% of the same children at age 12 were able to maintain these levels of divergent thinking.

However, creativity is becoming more and more of a requirement in the 21st century. Many studies have shown that an individual’s emotional characteristics have a specific impact on their artistic and creative abilities.

There are many psychological processes that influence the manifestation of these abilities, such as the tendency to maintain a positive mood. These processes are related to the release of dopamine, which facilitates the flexible development of attention and the ability to develop multiple cognitive perspectives.

Negative emotional states can also influence creativity, but in the other direction. In a state of pain and sadness, creative impulses tend to be related to a more specific type of task and creative production, such as music and writing.

Although emotions are related to creativity, it depends heavily on the type of task. Some researchers believe that positive moods affect perception and the final phase of the creative process, while negative moods affect the initial phases of preparation, incubation, and conception.

“Every child is an artist, the problem is continuing to be an artist when you grow up.”

Knitting, or "knitting therapy." Call it what you like, but researchers have discovered that this activity is very good for…

Wellness
Surround Yourself with Interesting People

It is often said that interesting people are few and far between, like diamonds that are so pure that they…

Emotions
Emotional Ups and Downs during Confinement Are Quite Normal

Emotional ups and downs during confinement are common and recurrent. Many people experience mood changes throughout the day. They go…

Wellness
Love to Improve Your Life, Not to Fill the Void of Loneliness

Loneliness is not a curse nor is it a prison sentence. Some see it as a punishment or a personal…