The Brain Pathway of Pleasure 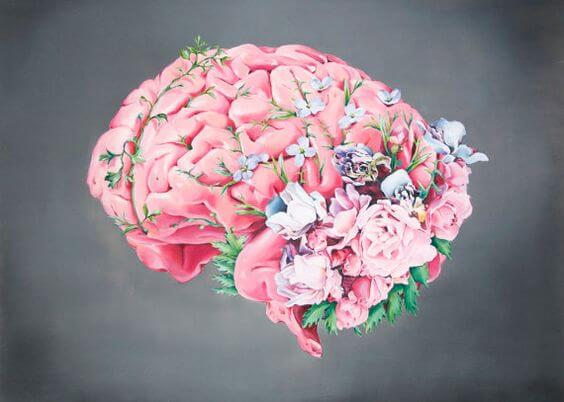 The brain pathway of pleasure, also known as the mesolimbic pathway, is made up of a small group of brain regions in which higher levels of dopamine are produced. This pathway is activate when we receive stimuli that give us pleasure, such as eating chocolate, having sex, going shopping, etc. Even a simple idea can set it off.

This circuit allows activities related to our survival to be associated with pleasant situations, which is why it has an adaptive function. However, this pathway can also be activated with harmful substances, like drugs. We are talking, for example, about cocaine, which is linked to the artificial production of dopamine in the brain.

At John Hopkins University, they describe the reward process as an experience that pleases us in an immediate way with no delay in time. We associate that experience with external sensorial stimuli, be they visual, olfactory, or auditory, and with other internal stimuli such as thoughts and sensations. By making that association, the behavior that gave us pleasure will probably be repeated in a similar situation.

It all starts when we notice something in our environment that has given us pleasure and/or satisfaction in the past. There are emotions that move inside us and urge us to want to perform the action or obtain whatever it is. In this moment, dopamine appears, so we can already imagine ourselves performing the action.

After the desire phase, we go and get our hands dirty: we want to really do it. When we start acting, the substances adrenaline and noradrenaline start to get involved, putting our bodies into motion with the goal of preparing to act. The action is rewarded with a pleasure sensation once we finish it or as we are doing it.

Finally, once we have completed the action, the reward pathway closes with a sensation of satisfaction. When we have arrived at this point, serotonin, which is related to our mood and our desire to experience the sensation again, comes into play. Thanks to the satisfaction we were given, when a sign appears activating desire, the subject will tend to repeat that action.

The pleasure pathway in the brain

The pleasure center is made up of various specific brain regions, like the ventral tegmental area (VTA), which spreads neuron connections to other areas involved in the process. These areas are the nucleus accumbens, the striatum, the anterior cingulate cortex, the hippocampus, the amygdala, and the cerebral cortex.

Each one of the centers involved in the pleasure or reward process are related to different functions. For example, the striatum is related to the formation of habits, the anterior cingulate cortex and the amygdala are linked to our emotions, the hippocampus with memory, and the prefrontal cortex with reasoning and planning.

Dopamine is the neurotransmitter that controls communication between the VTA and the rest of these areas. When certain experiences activate the neurons in the VTA and release dopamine, these experiences are qualified as being pleasant and they will later be remembered and associated with positive events, something that will promote the repetition of the action in the future.

The role of the pleasure pathway in addiction

Certain activities that are performed and which are vital to our survival stimulate the pleasure pathway, but these activities are not the only ones capable of giving us that sensation. There are also habits, like drug use, that set the reward mechanism in motion.

The great majority of addictive substances attack the brain’s reward system, releasing dopamine. Said neurotransmitter can be found in different regions of the brain that regulate movement, motivation, emotions, and the sensation of pleasure. The release of dopamine – through drug use – can overstimulate the system, leading to a sensation of euphoria that strongly reinforces consumption.

When drugs like cocaine are taken, 2 to 10 times more dopamine can be released than with a normal reward (e.g. food); in addition, the effect is immediate and the effects can last longer. Drug tolerance, produced through repeated consumption, can lead to profound changes in the brain pathways, because in some way, they have the power to make them unnecessary.

When does the pleasure pathway fire?

There are many situations in which doing a concrete activity can activate the pleasure pathway, making us feel good. The following are some examples of the activities that will likely activate this pathway:

Scientists see the brain’s reward system as a function that guarantees our survival, because it is connected to activities that are necessary for our subsistence, but it is also a trap for addictions. The association we make with certain stimuli, as can be the case with going out to a party and the act of drinking alcohol, can reinforce the action to the point that it turns into an addiction.

Link copied!
Interesting Articles
Psychology
How to Help Someone with Borderline Personality Disorder

Trustworthy people inspire trust in others. They create a safe path for us to walk on. They light up our…

Psychology
The difference between spoiling a child and making them incompetent

Raising a child has become a complex issue and we still do not understand why. There are many parents who…