I'm Not a Robot, I Have Asperger's 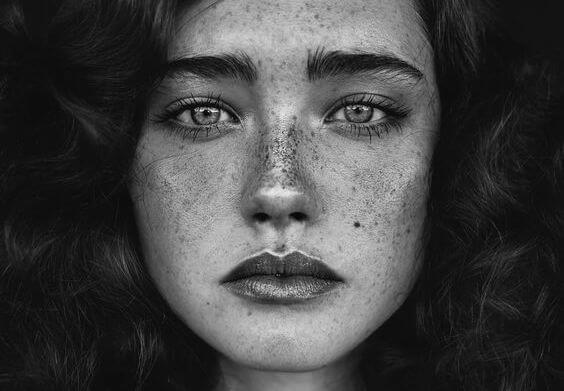 I’m a person, just like you. I’m not a robot that has no feelings, and when you laugh at me it hurts me. Maybe I don’t understand sarcasm or jokes, and maybe I take everything you say too literally, but this doesn’t make me less human. I have feelings, even though you don’t see them because I can’t express them very well, and sometimes your words really hurt me.

I’m not deaf; I hear what you say, even if it doesn’t have the same meaning to me. I don’t have an intellectual disability, despite what you think. You might think I’m a weirdo, but the only thing that makes me different is that I see the world through a more rational perspective, full of data. I’m not extraordinary; I’m just like you, but I see the world differently. I have Asperger’s syndrome.

“‘It all depends on the way you see things,’ said the woman on the other side of the little table in my office. ‘Once you understand how they think and see the world, what can seem like a disability one day can be a talent, or a gift, on another.'”

How easy it is to judge others when we only stop long enough to see someone’s actions, or imagine them, and fail to consider the circumstances. When we don’t put ourselves in the other person’s place or empathize with them. When it seems funny to tell jokes at the expense of people who don’t understand them. When characters like Sheldon Cooper are used as a caricature of people who see the world in a different way.

They say that we’re the ones who lack empathy, due to an alteration in our neurobiological development (not an illness). But it’s funny how those who brag about having empathy fail to use it when they deal with us. They use us as if we were Google because we know so much information, as if we were machines, and they don’t realize the harm they cause when they strip us of our humanity and play with our feelings.

They judge us mercilessly, automatically, without really knowing us. To them, we’re just pieces with strange edges who don’t fit neatly into the particular puzzle of the world they perceive. Nobody cares to put themselves in our shoes and see what it would be like to live with our condition. They just know that Asperger’s syndrome is included in the DSM-5 as a part of the autism spectrum. Basically they’ve seen the trailer, but not the entire movie. However, autism and Asperger’s syndrome are very different.

The only thing that’s different about people with Asperger’s syndrome – and this is a differentiating, not defining, factor – is their difficulty relating to other people. This is due, in part, to problems with the use of language, which is known as pragmatics. For all other characteristics and abilities, they can have similarities and differences with other people, just like the similarities and differences between you and me.

Feelings and emotions are complicated for us

The world of feelings and emotions is complicated for anybody, which is why emotional intelligence is fundamental for human adaptation. But for someone with Asperger’s, it’s even more complicated. That’s why it’s so important to have clear guidelines about the needs of people with Asperger’s and how to interact with them, keeping their age in mind.

Living as a child with Asperger’s

Children with Asperger’s tend to be peculiar from the beginning. They need you to use language that’s as positive as possible, and praise them frequently and sincerely instead of focusing on what their behavior is missing. It’s often very helpful to tell them what they have to do and refrain from telling them what not to do.

Teaching them to listen is fundamental. You have to be reasonable with what you ask of them, and the demand should align with their abilities. Expressing yourself simply, clearly, and concisely will greatly improve communication with them.

It’s important to help them identify feelings. Children with Asperger’s struggle a lot with recognizing other people’s feelings and expressing their own. It’s also beneficial to set aside criticism as much as possible and help them develop a positive image of themselves, which will have a direct effect on their self-esteem.

During adolescence, the differences in children with Asperger’s start to really show. They might remain indifferent towards social events or independence, while their peers are moving towards adulthood and seeking their own place in society.

It’s important to address their relationships with potential partners during this time, whether they’re boys or girls, since they have trouble understanding attraction and passion. Sexual education should be another central focus, although this is true for all adolescents.

People with Asperger’s can live a normal life, and in fact most do. If they work on adapting to their environment and their emotions during childhood, then they don’t usually have that many problems moving into adulthood. They tend to have the most problems at work if they’re in a public-facing position, and they usually to do better when they can work on individual projects, regardless of how complex they are.

To summarize, I have Asperger’s, but I’m not a robot that has no feelings. Dare to get to know me and understand me. Put yourself in my place and use empathy. Don’t judge me or laugh at me. Try to understand me, and teach me how to understand you. I’m sure I will surprise you.

No matter how much pain you are experiencing, you should always remember that everything that happens to us has its…

Psychology
When We Get Sick From What We Do Not Say

Psychology
The Ten Commandments of Vitality

Sadness and depression are complex illnesses that are full of nuances, with almost as many manifestations as people who suffer…