Hyper-Empathy Syndrome: Too Much of a Good Thing 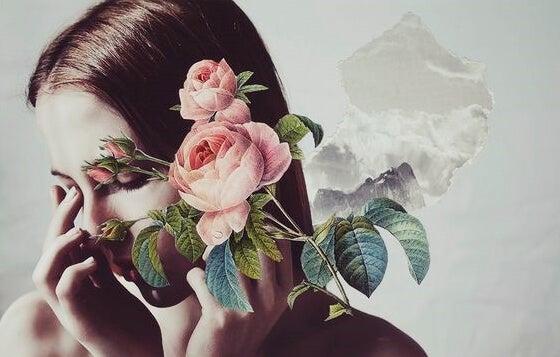 It’s like people with hyper-empathy syndrome have long antennas that pick up on every emotion vibrating around them.

But they end up losing themselves in other people’s needs and poisoning themselves with too much compassion, even feeling guilty for the pain that others experience. It is painful and exhausting.

Maybe you’re surprised this is a “syndrome.” Are we going overboard by labeling apparently “normal” behaviors pathological?

The answer is no, and there’s an explanation for it. If the DSM-V labels hyper-empathy as a characteristic of personality disorders, then it’s for a good reason.

“To perceive is to suffer.”

Any behavior that makes it harder to relate to other people, causes suffering, and prevents you from living a normal life needs a diagnosis and some kind of treatment.

Therefore, people with too much empathy, or hyper-empathy, who show a persistent pattern of distress and inability to function in their social, personal, and professional lives, show signs of a personality disorder.

Now, it’s important to clarify that there’s a difference between being really sensitive and having hyper-empathy syndrome.

For example, in the interesting book Women Who Love Psychopaths, psychiatrist Sandra L. Brown talks about how many women not only understand the psychopathic behavior of their partners, they even end up justifying it.

In other words, their excessive empathy completely prevents them from clearly seeing the predator in front of them. In fact, they use incredibly sophisticated, clever ways to justify their partners’ violent acts. This is clear evidence that hyper-empathy syndrome is a disorder worth thinking and talking about.

Empathy and hyper-empathy, the fine line between balance and pathology

If empathy is a positive, useful, and desirable attribute, then you may think there’s nothing wrong with having “too much” of it. But like everything in life, excess is never good, and it’s best to have a healthy balance.

Hyper-empathy affects your ability to separate yourself from other people. Empathy is putting yourself in someone else’s shoes. But it’s important to specify that when you do so, you never stop being yourself.

It’s also important to recognize the different types of empathy you may experience, which ones are healthy, and which may cross into pathology.

Below, we’ll describe the characteristics of people with hyper-empathy syndrome to help you distinguish between emotional sensitivity and pathological hypersensitivity. In addition, it will show you how the DSM-V identifies these behaviors.

What can you do if you have too much empathy?

At this point, most of you are probably wondering causes someone to suffer so much by taking on other people’s emotions. Well, there has been a lot of progress on the subject in recent years. In fact, researchers are discovering the genetic and neurochemical basis of hyper-empathy.

Researchers are learning a lot from so-called empathy spectrum disorders, such as Asperger’s syndrome, hyper-empathy syndrome, and borderline personality disorder. It’s an interesting subject that will give significant answers and better treatment approaches in the next few years.

For now, if you suffer from too much empathy, the answer couldn’t be more simple: seek professional help.

Whether you’re at the most pathological extreme of empathy, or you’re simply hypersensitive, it’s always a good idea to learn techniques that can help you set limits, have more control over your own thoughts, take better care of your own needs, and more accurately define your own identity and self-esteem.

Don’t forget that excessive empathy doesn’t just make you upset. It also separates you from the rest of the world.

It’s not worth it to cling to a world of persistent emptiness and torment. Take the first step.

Wellness
You Don't Have to Let Pain Control Your Life

Everyone has experienced pain at some point, including pain that we bring upon ourselves. In this case, the pain was…

Wellness
It’s Never Too Late to Do What You Love

We are the ones who prohibit our personal growth, be this due to laziness, out of a fear of failure…

Living with a broken heart is like walking around naked, with a half empty soul - tied down by a…

Wellness
We Are No Longer Who We Used to Be

We are no longer the same people we were back then, when everything seemed both near and far. We will never be…