Humor as Therapy Against Stress

We can say that humor aims to create happiness. Even when adversity is all around you. Even if it's just for a moment, a sense of humor can stop the flow of negative thoughts in your mind. 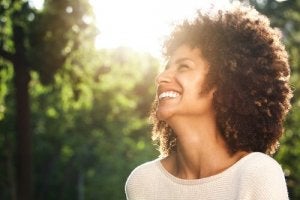 Humor is a natural therapy against stress. When you have a light heart, then the big problems don’t seem as big and the people who may intimidate you become less important. In this regard, you can liven up any evening and brighten up any cloudy day. Thus, humor is fundamental to everyone’s well-being.

Even though humor is about fun and leisure, science has shown that in some cases, humor complements post medical intervention treatments and greatly improves the results. An ingredient that makes it dynamic at times. At the same time, this way of communication is great for establishing a good rapport and trust between a doctor and their patients.

When we laugh, we experience the following effects:

Further, Professor Heidi L. Fritz of Salisbury University devoted much of her professional career to studying the relationship between humor and stress. The results of her investigation state that the more pronounced a person’s sense of humor is, the lower their level of stress.

Laughter is the most visible consequence of humor, although there are others. In addition, humor as therapy should neither be confused with a lack of seriousness, nor with sarcasm and cynicism, nor euphoric high.

Humor’s real usefulness lies in the fact that it forces us to see things from a different point of view. It acts as one of those mirrors that distort the reflections. At the same time, it can show you the possibility of adding changes to the filters you use to perceive and process information.

We can say that humor aims to create happiness. Even when adversity is all around you. Even if it’s just for a moment, a sense of humor can stop the flow of negative thoughts in your mind. One simple second is often enough to get out of your vicious circle and stop feeding these negative feelings.

The challenge of the most emotionally intense professions

Health professionals who work in ERs, police officers, and firefighters face very complicated situations daily. They are all at places of high tension. Their work is often just what causes emotional imbalances to them.

The harshness of the situations they face every day lies mainly in their involvement with other people who are facing all sorts of adversity. For example, a doctor who works at an ER has to make important decisions in a short amount of time.

This is often without having all of the necessary information in regard to what happened to the injured people they attend. And even assuming the risk of doing more damage as a consequence. For example, moving or not moving a person at a certain moment could either cause paralysis or save their life

In these cases, humor can be the therapy that helps lower stress levels once a decision is made and before the appearance of the next difficult moment.

The crucial role of humor as therapy in emergencies

The benefits of using humor as therapy in these contexts:

Humor is good when it’s sensitive to the context

It’s as important to use humor in situations where you can lower your tension as it’s to refrain from getting into situations where you would only increase it. People are unique in this regard. And so is every circumstance that surrounds us at any given moment. It requires constant observation and adaptation in a very dynamic environment.

Thus, the use of humor as an element that can generate all the benefits described above requires intelligence and the careful selection of moments of mutual empathy and respect. It would be counterproductive otherwise. So, when in doubt, use it little by little and see how others respond to it.

Humor, within the framework of therapy and outside of it, is a very powerful ally when used intelligently.

Intelligence and Sense of Humor
As Einstein said, a good sense of humor is almost always a sign of intelligence. Learn all about this curious relationship in this article! Read more »
Link copied!
Interesting Articles
Therapies
Nidotherapy: Healing in a Different Environment

The term "nidotherapy" refers to a modern therapeutic method. Its main objective is to modify the environment of those suffering…