Hugo Münsterberg laid the foundations for forensic psychology by realizing the importance of doing psychological evaluations of criminal behavior. 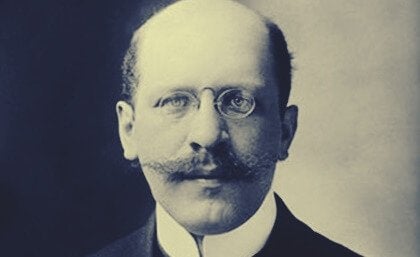 There was a time when psychology was a branch of philosophy. During the late 19th century, however, things started to change. One impetus for that change was the arrival of German-American Hugo Münsterberg onto the scene. This psychologist was a pioneer in the application of empirical evidence and laid the foundation for applied psychology, industrial psychology, and even forensic psychology.

Münsterberg left quite a legacy with his work as a scientist, philosopher, and psychologist. So much so that many modern scientific disciplines owe their existence to this innovative thinker. Münsterberg was a disciple of the brilliant Wilhelm Wundt. Later, he worked closely with William James.

Many define him as a visionary, but also a victim. Unfortunately, the most important people at the time weren’t willing to seriously consider the scientific vision, creative but rigorous, proposed by Hugo Münsterberg. For example, much of his work was dedicated to teaching people how to find their professional vocation.

He sought to show how certain behaviors were actually due to brain alterations. As we mentioned above, he even laid the foundations for legal and forensic psychology. He helped create the first psychological profiles and helped us better understand the processes of memory and the role of witnesses during legal procedures.

“Young people know very little about themselves and their abilites. When the day comes on which they discover their real strong points and their weaknesses, it’s often too late.”

Hugo Münsterberg was born in Germany in 1863. His parents worked to foster a love of the arts and sciences in their children. Münsterberg’s mother encouraged him to study music and literature from a very young age. As a result, he spent his childhood reading poetry and playing the violoncello. Sadly, his mother died when he was twelve years old, and his father not too long after that. Around that time, he swapped his interest in the arts for an interest in science. When the moment came, he decided to study medicine at Leipzig University. Ultimately, he decided to dedicate his life to psychology.

William Wundt was his professor and mentor and inspired much of his professional career. Remember that Wundt was famous for having developed the first experimental psychology lab in 1879. Wundt was a key figure in laying the scientific and empirical foundations for the field of psychology.

Doctor Münsterberg, the most famous German psychologist in America

In 1887, Münsterberg started working as a professor at the University of Freiburg. Then, he wrote his first book, The Activity of the Will. William James was impressed with his writing because Münsterberg had come to scientifically prove many of the theories about emotions that James himself had defended.

It didn’t take them long to meet. Their first encounter was at a psychology conference in Paris. This was the beginning of a close friendship. James was fascinated by Münsterberg’s knowledge and his eagerness to make psychology an applied science. He trusted Münsterberg so much that, in 1892, he asked him to take charge of the Harvard psychology lab.

His arrival in the United States was complicated. His English wasn’t very good, and his German roots caused some conflict. In spite of some obstacles, however, important psychologists like James McKeen Cattrell praised him. Cattrell said that his work was “the most important in the United States”. The pinnacle of his career, perhaps, was when the American Psychological Association elected him president in 1898.

As we mentioned above, Münsterberg wasn’t without critics. His German nationality caused some hostility, especially when World War I started. He received some very harsh criticism and his revolutionary ideas about psychology and industry weren’t always popular.

Some ex-students from Harvard even went so far as to claim he was a German spy. Consequently, Münsterberg lost quite a few friends, colleagues, and some of the prestige he had earned.

Hugo Münsterberg died at the young age of 53 from a brain hemorrhage on December 16th, 1916.

The man who transformed psychology into a “general behavioral science”

He pointed out that many of Hall’s studies weren’t appropriate because teachers conducted them, not specialized psychologists. He was often the one who pointed out inconsistencies in his colleagues’ work, which made him unpopular. His goal, however, was concrete. He wanted to make psychology a behavioral science, an empirical science. He wanted psychological research and experimentation to be replicable.

Let’s take a closer look at his most important contributions to the world of psychology.

Münsterberg facilitated the development of applied psychology, thus creating a concrete branch of psychology: professional orientation. In his book Vocation and Learning: A Popular Reading Course, he tried to help people identify their vocation. That way, they would be able to better choose a career.

Lastly, it’s worth mentioning that, after Hugo Münsterberg’s sudden death, some of the people who distanced themselves from him during the war suddenly decided to recognize his worth. People like William Stern (who wrote his obituary) said that with Hugo Münsterberg’s passing, psychology lost one of its most important thinkers.

Hugo Münsterberg brought new and great possibilities to the field of psychology. His advances in experimental, industrial, and forensic psychology were crucial for the development of many of the methods we use today.