How Do You Know When a Teenager Has Antisocial Personality Disorder? 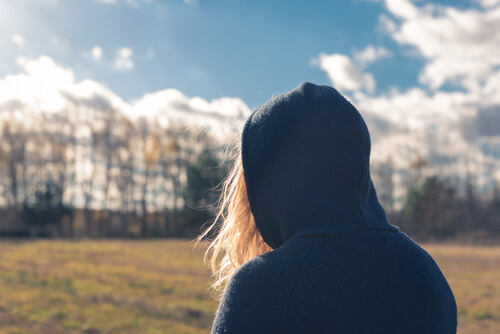 All children do inappropriate things every now and then. Does that mean they have antisocial personality disorder? Remember your own adolescence… didn’t you also behave in ways that you now see were problematic or dangerous?

Now, how can we differentiate an occasional behavior from a psychological pathology? Given the consequences, it is important to know what symptoms to look for. Then, if we suspect that someone we know has this disorder, we can ask qualified professionals for help. The disorder makes things hard in the family, sometime unbearable. In addition, their relationships are also affected. Young people could even run into legal problems.

What behaviors are characteristic of antisocial personality disorder?

The 15 behaviors that children with the disorder have are usually grouped into 4 groups: aggression against people and animals, destruction of property, deception or theft, and serious rule-breaking. Next, we will look at these behaviors more in depth. Children must show at least three of the following behaviors to be a candidate for this disorder. Finally, behaviors must be present for at least a year before we can consider it antisocial personality disorder.

Young people who show these behaviors persistently tend to have limited prosocial emotions. These are emotions that help them understand the emotional state of others. For example, they have a lack of remorse or concern for their actions. Additionally, they show superficial or deficient affection, and a lack of sensitivity and empathy.

As you can imagine, the behaviors of children with antisocial personality disorder can be quite harmful. Some are serious problems. However, that does not mean that nothing can be done.

In fact, it is extremely important to take action and try to help. Therefore, if you read this article and realize you know someone who fits this profile, don’t hesitate to look for a good psychologist!

Passive-Aggressive Personality Disorder: Living in Ambiguity
People with passive-aggressive personality disorder tend to have a large gap between what they say and what they do. Read more »
Link copied!
Interesting Articles
Psychology
The Experience Itself Is the Best Teaching

The experience itself is the best way to learn because otherwise it wouldn't be us who learned, but rather those…

Books on Emotional Intelligence are always a useful and enriching resource for maximizing our self-knowledge, improving the management of our complex…

Psychology
Positive Thinking - 5 Ways to do This

Did you know that the saying "When one door closes, another one opens" is in the novel by Miguel de…

Psychology
Is Choosing a Partner an Unconscious Decision?

Few experiences in life are as gratifying as loving and being loved by your partner. On the flipside, a lack of…