The Mind of a Stalker 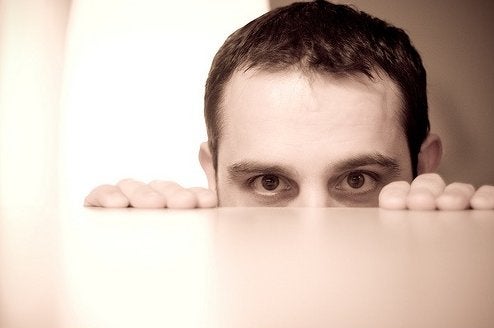 We have all heard of “bullying,” most often related to children and adolescents in school. Maybe you have also heard the term “cyber-bullying,” referring to a method of pursuit carried out on the Internet.

One step above bullies are stalkers. The term refers to those who watch, lie in wait for, and sometimes physically assault their victim or victims. They seek to be one step behind their victim at all times, not caring if it makes that person uncomfortable, or that it may interfere with that person’s daily life.

Psychologists have analyzed the personality types of stalkers, and found that there’s no one trait common to all. They do not always pursue their victims in the same way, and while some stalkers may focus on just one victim, others might target several.

Within the psychology of these types of predators, it can be said that the stalker feels a kind of pleasure from malice, obsession, wickedness, hostility, anger, jealousy, and guilt. The objective of a stalker is to access the life of a person they want or love, even if doing so is not appropriate. Through fear, they slowly take over every aspect of their victim’s life.

Psychologists divide stalkers in to two general groups: psychotic and not psychotic. Stalkers in the former group have some kind of psychological disorder or mental imbalance. Beyond these two main groups, stalkers can be further categorized according to the following traits:

Could I be a victim of a stalker or abuser?

It is more complicated than it may seem to recognize that stalking, especially if that person is clever and manages well in social situations. The stalker, contrary to what we might think, can lead a life that, on the outside, we would consider “normal.”

Furthermore, stalkers are commonly very conscious that their behavior is considered socially unacceptable and usually makes sure to only approach a victim when there are witnesses, and to modify that behavior when there are.

Once stalkers become familiar with their victim(s), they often demonstrate some emotional instability or imbalance, for example anxiety, low self-esteem, insecurity, jealousy, and/or morbid fascination and excitement. They may also abuse drugs and suffer drastic mood swings.

The following are signs that someone might be stalking you:

1 – You frequently receive telephone calls from someone who is trying to establish a close relationship with you and become part of your life in a way that does not make sense.

2 – You always see the same person in your most frequented places: the supermarket, cafe, hairdresser, repeatedly on the street, etc.

3 – Someone has started to threaten you or tried to influence your behavior, either verbally or physically.

4 – Someone is around you all the time and takes liberties with you that you would only admit to your closest and most intimate friends.

5 – Someone tells your social circle that he or she has a relationship with you, claiming it is much more intimate than it actually is.

Be very careful when confronted with these situations and if you identify with one or more of these signs, the best thing to do is to share it with someone you trust and bring it to the attention of the proper authorities.

Psychology
Paul Watzlawick and the Theory of Human Communication

According to Austrian psychologist Paul Watzlawick, communication plays a fundamental role in our lives and society. Most of us, however,…