Everyone Loves a Sincere "How Are You?" 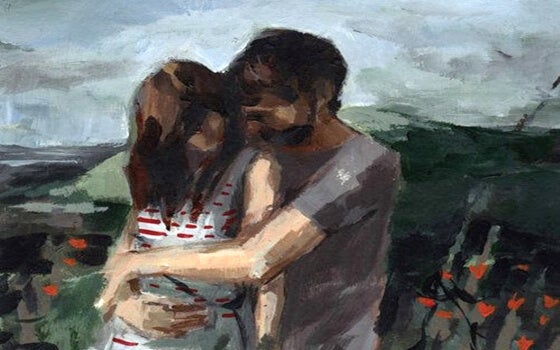 A “how are you?” accompanied by a sincere smile and a welcoming look is therapeutic. Sometimes it’s all you need.

Sometimes these three words are enough to make you feel safe and connected to another person. To feel welcomed. To know that everything is going to be ok.

Evolutionary psychology, strange as it may seem, has much to say on the subject. The idea is that human beings developed social intelligence by promoting the care and protection of members of their group. Therefore, any group member who went “rogue” and didn’t cooperate or support the group was rejected.

“The most profound principle of the human character is the desire to be appreciated, recognized, and valued.”

Archaeological and ethnographic evidence also shows us that peaceful cooperation and altruism was normal in the early years of agriculture. This is likely what helped the species advance.

In fact, there is evidence that the Neanderthals took care of their elders with careful attention. They honored them without expecting anything in return, and later performed burial ceremonies demonstrating clear emotional and religious symbolism.

All of this clearly shows that concern for others and caring for them is part of what makes our species what it is. Any behavior aimed at providing relief, support, or attention positively affects our physical and psychological well-being.

It helps us survive and connect with each other in a meaningful way.

Therefore, a sincere “how are you?”whether in person or not, can do so much more than we ever thought.

I’m here to help you: I’m here for you, and I won’t ask anything in return

David Graeber is a well-known anthropologist famous for his social activism. One of his theories focuses on the way money and the economy are completely destroying our primal altruism.

He says that it has destroyed our “gene” for promoting cohesion, for fostering this essential union between human groups that allows us to survive in harmony.

To back up his idea, Graeber talks about the Inuit of Greenland or the Iroquois. He explains that there was always a sincere concern for each other in these communities.

And actually, the idea of repaying a favor did not exist. As the Inuit say, “in our country we are human and we care for each other.” If someone needs shoes, all they have to do is ask. If a hunter had a bad day, his neighbors will share their food with him.

Both in the past and (in some places) the present, there are groups of people who base their interactions on altruism and concern for others.

There’s a sincere desire to break out of the bubble of ego and appreciate the other as part of oneself. It certainly sounds like something we should put into practice in our so-called “advanced” societies.

A “how are you?” that goes beyond politeness

It’s true, we all hear “how are you?” on a daily basis. Most of the time, people say it and don’t even wait for an answer.

It’s just a way to start dialogue or greet someone. We don’t expect honesty, because it’s just a formulaic part of our culture.

“Only he who can take care of what belongs to others may have his own.”

In this “container culture”, as Eduardo Galeano would say, it seems that we have forgotten the principle of humanity that the Inuit and Iroquois still remember. More than just shoes, more than a dinner or warm clothes, what people need is support, understanding, attention.

We need sincere words and people who are genuinely concerned for us. We want there to be silence after a “How are you?” so we have time to answer, and open ears on the other end.

Before we conclude, we need to clarify one thing. We don’t need to be going through tough times to feel the therapeutic effect of a “How are you?”

That simple phrase has the power to make us happy and feel connected. Let’s give this phrase greater meaning and authenticity.

Let’s not neglect each other. No more mere politeness — instead, let’s learn the art of understanding, recognition, and reciprocity. Let’s give an authentic “how are you” every day.

Begin a Relationship with Real Conversation
Do you think you both could be compatible for a relationship? You just have to find out. Read more »
Link copied!
Interesting Articles
Psychology
What Factors Influence Attachment in Adopted Children?

In psychology, a very familiar term is social contagion. These are situations in which emotions spread and eventually trigger extreme…

Psychologist and writer Viktor Frankl asked his troubled, unstable patients: Why don’t you commit suicide? At that moment, the patients imagined the process and understood that this was not what…