Holding on Does More Damage than Letting Go 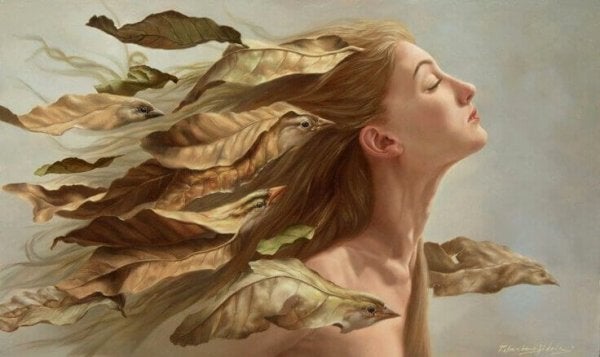 Think back and ask yourself this question: Do you think there’s something in your life that makes you happy and without which you couldn’t function? Or you could ask it another way: Is there something you think you need, otherwise your life makes no sense?

If your answer was yes, then you’re probably a slave to addiction. When we suffer from addiction, we think the bond we’ve created with that person or thing in particular will give us the three things that all human beings have always sought: one of them is happiness, that long-awaited sensation of well-being and pleasure, without really knowing where it comes from.

When we’re obsessed with something or someone, we wrongly think that the happiness we feel is thanks to them. We think it’s coming from something external instead if recognizing that it comes from within ourselves.

On the other hand, when we’re attached to something, we think that we’re completely safe. It’s as if the object of our addiction would protect us from mental catastrophes such as solitude, economic insecurity or a uncomfortable life.

We can see this in many unhealthy couples in which one of the members is dependent on the other, though all they do is fight, and love is no where to be found. The overly-attached person stays in the relationship due to his irrational fear of being alone in the world. They have created a catastrophe that blocks them and keeps them from making a decision according to logic and their own well-being.

Besides happiness and security, when we cling to something, we think that our life only has meaning thanks to what we’re clinging to. And if we ever lost it, life would stop being pleasant, we would lose our way and all of our hopes.

Obviously, this is no more than a fantasy that we create within our minds. It makes us suffer in an exaggerated manner. Clinging to something or someone generates a lot of pain, and anguish and restlessness. If we obsess, we’ll always be anxious due to the possibility of losing that which cost us so much to obtain and which we think gives our existence meaning.

“Our problems are due to a passionate attachment to things and a desire which is never fully satisfied. Thus, they generate even more anguish. We perceive things as permanent entities. In an effort to achieve these objects of our desire, we employ aggression and competition as supposedly effective tools, and we become further destroyed in the process.”
-Dalai Lama-

Furthermore, if we ever lost it, we would fall into a deep depression. Because since we believe that the source of our well-being and happiness was that person, object or idea, we think that there will never be anything that will make us feel like that again.

How to know if I suffer from addiction?

Being addicted or attached to something or someone can go unnoticed because we have the great ability of self-deception. Learn to recognize some of the signs that indicate if you’re clinging to something too much:

In order to grow emotionally and feel like someone who is stronger, more free and independent, we have to practice the philosophy of detachment. It doesn’t mean that you have to rip from your life everything you like or which gives you pleasure. You simply have to get rid of the object of your obsession, of that thing you think you need to be happy and without which you can’t function properly.

It’s about not being a slave to anybody or anything. It’s about being your own ruler, the owner of your own life. Thus, you should follow the following steps:

And remember…sometimes holding on does more damage than letting go!

Psychodrama is a type of therapy that seeks to solve problems through theatrical demonstration. The therapist analyses the participants' performances to…

Psychology
Robert Cialdini and the 6 Principles of Persuasion

Robert Cialdini is a renowned psychologist and researcher at the University of Arizona (USA). He gained international recognition after publishing his…