Have You Heard of Happy Slave Syndrome? 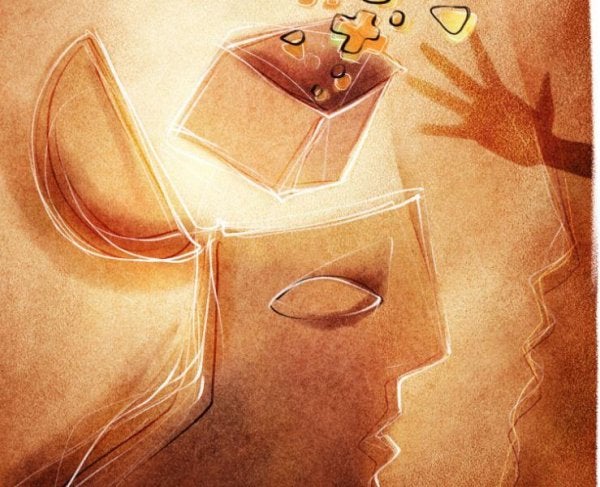 We all know what a slave is; a person whose freedom has been taken away. Just like people who suffer from Stockholm Syndrome, in which a kidnapped person establishes an emotional bond with their kidnapper, a slave can find that they are happy with their lack of freedom.

Do you want to know more about this syndrome? Could you be suffering from happy slave syndrome? Below, we describe it for you.

“Nothing is as discouraging as a happy slave.”

When we talk about slavery, everyone thinks that slavery is now obsolete and remains in the past. But…are we sure of that? A happy slave has many mental chains. This makes it much more difficult to rebel against it, because the chains are in one’s own mind, and therefore form a part of one’s being.

The methods of enslavement have changed; now they’re more subtle, such that we can be happy slaves without even knowing it. Nobody likes being a slave, but what if we’re not aware of it? We’ll reveal the mystery for you:

When you’re unable to fight back against humiliation, when you remain crestfallen in an argument without stating your opinion, you are a slave. What are you afraid of? You know that you want to raise your voice, but something stops you. Or maybe we should say that you stop yourself.

The chains that we may have aren’t put there by anyone; we put them there ourselves. Rules that one must follow to live in society, along with the need to be perfect, many times restrict the freedom to be ourselves. And unfortunately, we often don’t realize this.

Are you happy letting yourself be humiliated? Are you happy trying to be the same as everyone else? Does the search for happiness really bring you to it? Truthfully, no.

Happy slave syndrome can be compared to being under the effect of anesthesia. We are like bodies that think in basically the same way. We think we’re doing what we want, but the reality is totally different. We are happy slaves.

All human beings search for happiness, or at least we think that’s our goal. But what does happiness mean to you? Having a family? Job security? Happiness is dictated by society. People who rebel against happy slave syndrome start to see the lack of reason behind the illusions and stereotypes that are imposed on us by the society in which we live.

“They laugh at me because I’m different; I laugh at them because they‘re all the same.”

Uniform thought makes us feel like we’re not strange to the people around us. We think that if we go further, if we really break the chains, they’ll think we’re strange. And we’ll start to see them as a group of people who all think the same, while we are different.

Think about your family. Is chauvinism still present?

In many families, it is, and do you know why? If we give in instead of rebelling against it, we feel obliged to accept, or even grateful for, chauvinistic treatment in our homes, and we will reproduce it, without realizing, in future relationships.

This is why even today there are still many things that should have remained in the past. People are so unaware of it. They don’t realize that they are reproducing something that they criticized and rejected.

Trying to be oneself is very difficult. It seems like we are all labeled by the same standard, and when you deviate from it, you look strange to other people. Frustration, pessimism, and depression can take hold of you. You can’t change anyone else, but you can change yourself. Free yourself of the chains. Seek your own happiness, separate from what society dictates for you.

It’s truly fascinating how the universe reviles and despises pedophilia. Nevertheless, although having the same name, pedophilia is NOT pedophilia…

Psychology
What is the Link Between Emotions and Food?

Our emotions have a lot of power over what food we eat and our other eating habits. For example, it…