Researchers Identify the Most Efficient Technique for Treating Depression 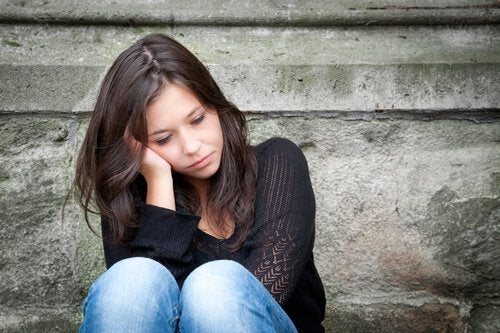 This study, conducted by researchers at Ohio State University, is the first to show that depressed patients experience substantial improvements in depressive symptoms when their therapists use a technique called Socratic questioning. The study was published in the journal Behaviour Research and Therapy.

Socratic questioning is a series of guided questions in which the therapist asks the patient to consider new perspectives about themselves and their place in the world.

“People with depression can get trapped in a negative way of thinking,” said Justin Braun, co-author of the study and doctoral student of psychology at Ohio State University.

“The Socratic questioning method helps patients examine the validity of their negative thoughts and gain a broader, more realistic perspective.”

Thus, therapy not only reduces depression, but protects against future depressive episodes.

“Many other studies have focused on how the relationship between patient and therapist can promote a positive therapeutic response,” said study co-author Daniel Strunk, associate professor of psychology at Ohio State University.

“We found that Socratic questioning was predictive of improving the symptoms mentioned above and beyond the therapeutic relationship, the variable that has been examined in previous studies.”

Why Socratic questioning is effective

In the study, 55 patients attended a 16-week course of cognitive therapy for depression at Ohio State University. Patients completed a questionnaire at the beginning of each session. The objective of this survey was to measure depressive symptoms.

Researchers analyzed video recordings of the first three sessions of each of the patients and estimated the frequency with which the therapist used Socratic questioning techniques.

The researchers found that the sessions in which therapists used more Socratic questioning produced a greater improvement in depressive symptoms in patients.

“Patients are learning this process of asking questions and being skeptical about their own negative thoughts,” Braun said. “When they do, they tend to see a substantial reduction in their depressive symptoms.”

For example, a patient can tell their therapist that they are a total failure and life is not worth living because their marriage ended in divorce. A therapist can perform a series of Socratic questions to challenge their beliefs about the situation.

For example, the researchers suggest the following questions:

“The goal is to help patients learn how to use the same kind of questions about themselves,” said Strunk.

“We believe one of the reasons that cognitive therapy has such lasting positive effects is that patients learn to challenge their negative thoughts and continue even after treatment ends.”

Strunk also said that patients “learn they may be missing information that is contrary to their negative thoughts.”

Researchers are continuing their research with new patients in treating clinical depression. One of the goals of the new studies is to characterize patients so the use of Socratic questioning may be more effective.

Psychology
5 Telltale Signs that a Child is Being Bullied

It's not always easy to see the subtle signs that a child is being bullied. A bullied child is often…

Psychology
Haiku to Free Your Emotions

A Haiku is a short poem inspired by the emotion of the moment, wonder, and our connection with nature. It is a Japanese tradition that strips things down to the…

Believing in yourself is necessary to start on the journey that will lead you to find what you desire. There…