Helene Deutsch was the first person in the history of psychoanalysis to talk specifically about feminine psychology. Her work and life inspired countless authors who, like Simone de Beauvoir, paved the way for feminism. 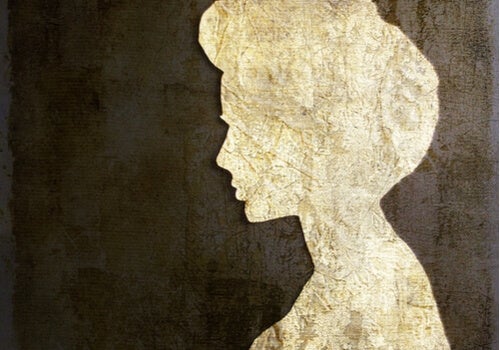 Helene Deutsch was the first woman in the history of psychoanalysis to study feminine psychology. She was also the first female director of the Vienna Psychoanalytic Society. Her contributions spelled out the overwhelmingly masculine approach that psychoanalysis had had up to that point. She was also an inspiration for the later work of famous author Simone de Beauvoir.

Helene Deutsch is considered one of the most important teachers in the history of psychoanalysis. She trained a significant number of notable psychoanalysts. Deutsch rebelled against the gender norms of the day and had the strength of character to live by her own rules.

“The embattled gates to equal rights indeed opened up for modern women, but I sometimes think to myself; that is not what I meant by freedom, it is only social progress.”

Her contemporaries praised her for her intelligence and beauty; she was also disciplined and displayed incredible perseverance. Her European colleagues held her in high regard, and she was also an important player in the development of psychiatry in the United States.

Helene Deutsch was the youngest of four siblings. She was born in 1884 in a small town called Przemysl, part of the Austro-Hungarian Empire at the time and now part of Poland.

Deutsch came from an open-minded Jewish family who spared no expense for her private home education. That was very unusual at the time, as most women didn’t have access to formal education.

Helene’s father was a lawyer, and Helene was his favorite. Her mother, on the other hand, was authoritarian and distant. She displayed very little affection for her daughter. Helene was a brilliant child but the trauma from an attempted rape by her older brother, along with her mother’s neglect, caused depression and anxiety.

When she was 16 years old, she had an affair with Herman Liebermann, an older married man. Although this was a huge scandal for her family and the community, Helene didn’t care.

Her lover was a prominent social-democratic leader and they had a tumultuous relationship. In spite of the drama, Deutsch followed Liebermann to Vienna, when he was elected to parliament. While Deutsch was in Vienna, she met a woman named Rosa Luxemburg who became an important role model in her life.

In 1907, Helene Deutsch started studying medicine at the University of Vienna. At the time, there were only seven women in the department, including Deutsch.

Shortly after that, she ended her relationship with Liebermann and moved to Munich. There, she studied a specialization in psychiatry under the tutelage of Emil Kraepelin. In 1912, she got her degree and immediately became interested in psychoanalysis.

That same year, she married Felix Deutsch, a doctor of internal medicine who happened to be Sigmund Freud’s personal physician. Helene started to work as a medical assistant in the psychiatric clinic at the University of Vienna, where she was assigned to the women’s section. This experience in the clinic inspired all of her later work. From that moment on, Helene Deutsch decided to dedicate herself to the study of feminine psychology.

She started psychoanalysis with Sigmund Freud. However, the famous doctor stopped her sessions after a year, saying that she didn’t display any signs of neurosis. Later, she did a new analysis with Karl Abraham in Berlin. In 1917, she had her only son, Martin, who became a prominent physicist.

Deutsch was never a dissident of classic psychoanalysis. She worked with the theory’s essential concepts, but she brought a fresh perspective to the table.

Helene tried to apply all of the concepts to feminine psychology, making her the first psychoanalyst to write a book on the subject. She emphasized the study of narcissism, analyzing how it expressed itself in men and women.

Deutsch also dared to address the subject of feminine eroticism and maternity. Although it might seem hard to believe, until she came along, psychoanalysts ignored motherhood entirely.

She encouraged Freud to explore feminine psychology and gave her own constructive interpretation of the idea of feminine passivity, an introspection that facilitated intuition.

Deutsch moved to the United States in 1935. She established herself in Boston, where she worked as an adjunct psychiatrist at Massachusetts General Hospital.

Her book The Psychology of Women quickly became an essential classic of feminist thought.

Helene’s husband died in 1964. Deutsch died in 1982, at the ripe old age of 97. Her name and her legacy are held in high regard both in the United States and Europe.

In conclusion, Helene Deutsch showed the world that women can be successful in any field and that men and women aren’t that different. Deutsch paved the way for feminine psychology, which was barely starting to gain footing at the time.

Wilhelm Stekel and His Views on Psychoanalysis
Today, we're going to tell you about Wilhelm Stekel, a mostly unknown figure in the early history of psychoanalysis. Learn more about him in this article! Read more »
Link copied!
Interesting Articles
Biographies
Ramón y Cajal, the Father of Neuroscience