Have You Heard of the Electra Complex? 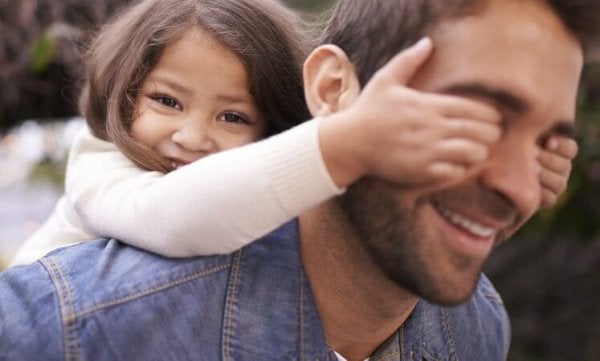 Freud thought that how much we control and repress our sexual impulses as children could influence whether we develop psychological problems as adults. So according to early psychoanalysis, not only would this complex exist, but it would also be the root cause of many apparently inexplicable ailments in adulthood.

The story of Electra

When Jung studied the Oedipus complex to find its daughter-father variant, he had to look to Greek mythology to find answers and give it a name that was faithful to its definition. In doing so, he discovered the story of Electra.

According to Greek mythology, Electra was the daughter of Agamemnon and Clytemnestra. Her mother, who is also believed to be her lover, killed her father when he returned from the Trojan War. When Electra found out, she and her brother plotted to kill their mother.

This led Jung to choose Electra as an appropriate name for the complex he had described. This complex is said to develop and manifest between 3 and 6 years of age. You might think that it would last throughout the woman’s whole life, but it’s more common for it to last for 2 or 3 years and then disappear.

Although they might seem similar, the Oedipus complex and the Electra complex are actually quite different.

Although it might seem pathological, most children show attachment to their parents. This isn’t necessarily negative, although it is necessary to know how to manage it so that children gain more independence from their parents as they grow up.

Mom and Dad: I Want to Learn to Be Independent

The Electra complex is even further separated from the Oedipus complex because the degree of attachment is much higher in girls than in boys. The most notable characteristics include the following:

These are a few of the characteristics that define the Electra complex. But why would it develop? According to Freud, it’s because the daughter hasn’t fully completed the sexual, or phallic, stage of psychosexual development.

One interesting thing to note about the Electra complex is that at first, girls feel closer to their mothers than their fathers. The problem arises when they become aware of the sexual differences between men and women. They notice that their fathers are different from them and their mothers. This is the beginning of the rivalry with the mother for the father’s affection. She desires affection from this person who is so different from her, who makes her feel protected, who is an authority figure.

What is the major difference between the Electra complex and the Oedipus complex? It’s that boys who suffer from the Oedipus complex are afraid of their fathers, because they see them as superior. Therefore, they try to hide the desire that they feel towards their mothers because they don’t want to be found out. This does not occur with girls, who openly compete with their mothers and aren’t afraid to confront them.

All of these situations can be normal, as long as they don’t last for too long. They can become a problem if they turn into obsessions and lead to a constant search for the perfect partner, someone who is the most like the desired parent. With the Electra complex, the woman seeks to feel protected like she does with her father.

This complex has its origin in psychoanalysis and currently has insufficient clinical relevance to be regarded as important today, the way it was during the beginning of psychoanalysis. Nevertheless, it is a part of the revolutionary thinking proposed by psychoanalysis, which highlighted the importance of childhood sexuality, and more importantly, the transcendence of the bonds of attachment we form at an early age.

5 Things Children Never Forget About Their Parents
All parents want to have marvelous kids. Some think that when their children are little, they should simply obey, that that's all child raising is about. Read more »
Link copied!
Interesting Articles
Psychology
Learn to Apologize Efficiently

Every day, at any place and circumstance, we expose ourselves to being in the middle of a conflict. In order…

Psychology
How to Stop Being an Obsessive Person

We all know people who think too much. They do so to the point that they can have problems in…

Psychology
Do You Really Know What A Psychotic Break Is?

Psychotic breaks are when a person experiences a serious alteration in their perception of reality. We must properly understand and treat them in…

Psychology
Happiness Has No Limits

When my math students ask me what a limit is, I tell them that a limit is a movement. A movement that sometimes ends in a precipice and sometimes never…