My Father Taught Me How to Walk Through Life 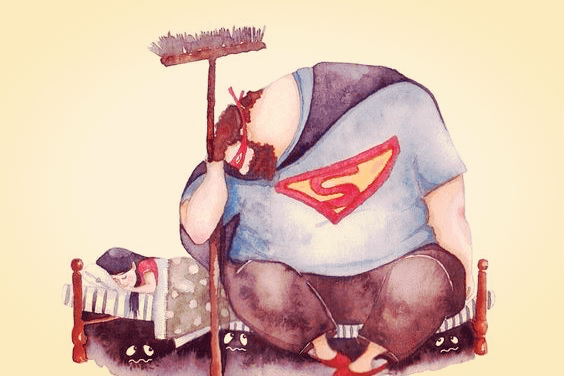 Children don’t come with instruction manuals, but my father overcame every obstacle and difficulty to rise up and become the wisest and most important person in my life. His hugs, his booming laughter, and his warm gaze that always looked after me, are all etched in my heart.

It’s curious how throughout history, most studies done on fathers haven’t given them the value they really deserve. Somehow the only focus is on their role in the family as an economic provider, or as a “present but absent” figure who doesn’t end up being involved in raising his children.

“A father is a specialist who never studied his specialty.”

Today, there is a real attempt to reclaim fatherhood. There are many different studies that are setting aside the concept of monotropic attachment, which says that the child supposedly only needs to be close with the mother to grow and develop. These days, attachment involves many different figures.

Our parents are indispensable figures that deserve to be recognized. Whether they left us a long time ago or are still by our side, we all know what their skin and hearts are made of: bravery, silent sacrifice, and enthusiastic pride over their children.

The father as an emotional figure

We shouldn’t view child-rearing as a gender-specific task. Sometimes, even language can be sectarian and exclusive. “My husband helps me with everything, he’s a great father.” A father doesn’t help; he is a fundamental part of the family dynamic. Because raising children and doing housework doesn’t belong to either gender; it’s completely interchangeable.

According to the Institute of Statistics in Spain, single fathers are on the rise. In fact, in countries like the United Kingdom, they have arrived at 23%. In 1993, the world percentage of single fathers was 9%, today it’s up to 14%. These are single-parent families where dads educate and raise their children just as effectively and happily as single mothers.

The arrival of a child and biochemical changes in fathers

Believe it or not, fathers’ brains also undergo various changes upon the arrival of a child. Women aren’t the only ones who go through important hormonal changes, such as those that stimulate lactation or create a bond with the newborn. Fathers’ brains also have complex “parenting networks.” In this way, they adopt the same patterns of emotional and cognitive participation as mothers do.

There are many studies that demonstrate these changes. Watching his partner with a baby induces a series of very specific hormonal changes in the father. Even just holding and smelling the newborn increases the release of oxytocin, prolactin, and glucocorticoids and decreases testosterone levels.

In this way, an unbreakable bond is created based on authentic attachment, which is just as strong as the one between mother and child.

Children Become Parents When Their Parents Get Old

For every sacrifice, for every all-nighter, for just being there…thank you, dad

Fathers don’t wear capes; they’re not superheroes. They don’t have magical powers, and they can’t make us touch the moon by swinging us higher and higher. But they make us think they can – and of course, we believe it. Because one of their main concerns is to make us believe that nothing is impossible, and that we can achieve almost anything we set our minds to.

Not all fathers are especially skilled at verbalizing their affection, we all know that. But they’ll stand guard beside the bed when we’re sick. They’ll be the keepers of good dreams when we’re attacked by nightmares, and they’ll drop everything to pick us up when it rains. They don’t have a schedule when we ask them for something, no matter how old we are… Because in their eyes, we are and always will be someone to protect and take care of above all things.

The love of a father shapes your personality. It gives you values to integrate and imitate, a way to face life based on the courage of sacrifice and love without asking for anything in return. This healthy bond with the person who knew how to cover your emotional needs has outlined the brave and mature person that you are now.

We all carry much of our fathers within us. It’s a treasure that lasts, that transcends us and pushes us. So if your father is still with you, spend time with him. Because one day you’ll wake up and there won’t be any more time left to tell him all the things you want and feel. Do it now.

Family Are the People That Give Birth to My Heart

Psychology
Indirect Language Can Cause a Lot of Harm

The ingenious and talented actor and comedian Groucho Marx immortalized the phrase "those are my principles, and if you don't…

Psychology
Do You Know the Effects of Marijuana on the Brain?

A few minutes after smoking marijuana, your heart rate increases, your blood vessels dilate, your eyes get red, and your…