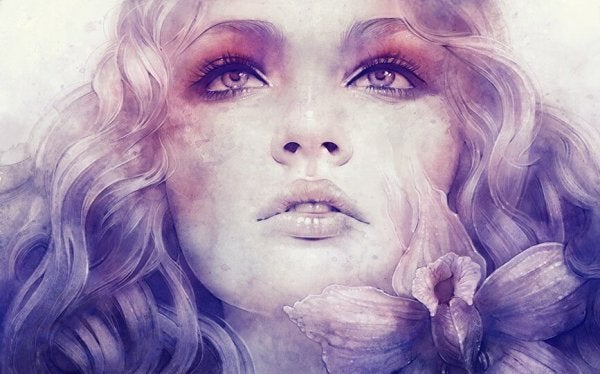 We good people carry stardust in our pockets to do the impossible for other people, to give happiness and joy, but sometimes, giving everything in exchange for nothing hurts, and there are many scars that we make an effort to hide…

There are scars that one makes an effort to hide, because remembering them hurts and even humiliates us, because they return us to that moment when we gave everything for someone and only got emptiness or the prick of betrayal in return.

Good people are not weak or naïve; good people only understand the language of respect and affection, and are well versed in modesty and altruism. Maybe this is why they never end up fitting into a world that is often glossed with selfishness and transience, with emotions that do not last and promises that are broken from one day to the next.

The world is not always like we would like it to be. There is disharmony and falseness. This is why we also have to get used to the chaos, and above all else, learn to say enough when it is necessary: when our self-esteem is damaged.

Good people hide battles that others do not see

Good people are much more than what they show. They hide battles that only they know about, they hold back words and bitterness stamped with friendly smiles because they do not want to seem weak, or direct their sorrows towards other people. They are modest and carry their own burdens without hard feelings.

Good people listen without judging, they speak without offending, and they observe with undervaluing. Three simple values that they hope others will also stick to, though this is not always the case.

How can we define goodness? Where is the line between healthy kindness and kindness that does not know how to impose limits, and that sometimes ends up causing pain?

There are people who look for happiness by giving everything for others. They look after and worry about everything that forms part of their social circle, and far beyond it, in a very profound way. They are also very sensitive to “the pain of the world,” inequalities, and the suffering of others.

This sensitivity sometimes leads them to perform actions that others do not understand: doing favors for people that they barely know or taking their altruism into situations that are rather unusual.

Good people rarely say “no” to something, and it is not because they do not have character or are not assertive; it is because, deep down in their hearts, they do not have doubts about investing time and energy into people who ask for it.

For good people, there is no greater happiness than bringing joy to others, seeing their smiles, and feeling useful; seeing that they do this is significant and enriching.

The main problem with all of this is that they are capable of giving everything to the point that they are devoid of all strength, breath, and energy. And they do it so often that the rest of the world assumes that they do not need anything, that they are always available, and that behind their smiles, there are more smiles… However, this is not at all the case.

Because behind their bright and friendly faces, there are scars. Voids from those who sometimes selfishly took advantage of their kindness, from those who only saw the favors, the love that did not ask for anything in return, and the resilient affection…but not the person that was behind it all.

Good people can and should say “enough” at the right moment, because sometimes tear them down day by day until they end up stripped of their self-esteem, values, and integrity. Do not permit this; do not let yourself be carried away to the edge of the abyss.

Being good does not mean that you can use me for your goals, nor can you break my transparent heart with your self-obsessed arrowheads. Being good is giving you the opportunity to grow with me, to offer me reciprocity by walking hand-in-hand along the paths of trust where nobody is more than anybody else.

In reality, it is not at all easy to set limits or say enough when we have spent half of our lives giving in and giving more than what our soul allowed us. However, we have to be sure about one thing: we are not made of steel nor is our heart a rock. We are made of flesh and emotions, the kind that often end up damaged and broken.

If you are capable of giving affection and dedication to others, you must also be able to see who deserves your efforts and who does not.

Understand that nobody is selfish for prioritizing themselves a bit more each day, for saying “no” to those who do not take you into consideration, and who make you feel like someone you are not. Because those who manipulate you with the webs of selfishness do not appreciate or respect you.

Giving joy, attention, and happiness to others is the most noble value that exists, the very one that defines you. Do not allow others to make you regret who you are and what you feel. It is a simple matter of setting limits, also of cultivating your own happiness so that you can share it with others.

Life is too short to invest time in those who do not deserve you, in those who bring you troubles and tears. Because good people only understand one language: the language of happiness and sincere affection.

Link copied!
Interesting Articles
Psychology
What is White Noise and Why Should We Listen to it?

Some people say that there is no medicine for fear. If that were true, then the people who suffer from panophobia would have no hope. We've all experienced the feeling…

When you're so exhausted you can't control your emotions, is it because you've somehow lost your social abilities? The answer is yes, although it doesn't happen that drastically. Today, we'll explore…

Psychology
Learn to Dominate Your Ego