The Girl With Bracelets on Her Wrists 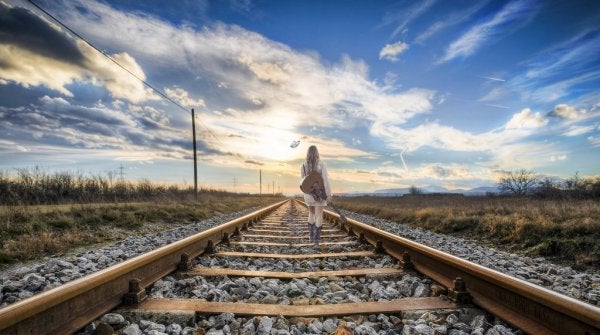 How do I begin telling this story, my story? How do I show you that I had everything, but lost it without knowing how? How do I make you understand that what has happened isn’t my fault, that it’s been a question of all or nothing, of wanting to be loved and avoiding the emptiness that I feel every day? Because yes, I had everything, but a thing called borderline personality disorder has made me lose it all little by little until I became the girl with bracelets on her wrist.

Maybe you won’t understand, like most people. It’s very difficult to put yourself in the shoes of someone who doesn’t behave, feel, or think like most people, but I’m going to tell you a secret. Even if we don’t think or act like you do, it doesn’t mean that we don’t have feelings.

Now, I ask you to listen to me and to try to put yourself in my shoes. I want to tell you my story, even if I don’t know when it started or ended. I want you to know how it feels when you have a mental problem and nobody understands you, so much so that you feel lonely and rejected.

The only thing that sets you and me apart is a diagnosis. But that label only dehumanizes me and makes me believe that you’re better than me.

The story of the girl with bracelets on her wrists

As I’ve said, I don’t know exactly when everything started. It could have been when I moved to a different city to start college. I’d never been alone in a new place. I had always lived in the same place with the same people. I worried about the idea of not fitting in because the thought of being alone terrified me.

That’s why, from the start, I want to become a cool college girl. This meant being thin and always perfect, or so I thought. I started to vomit when I thought I ate too much. I even skipped meals or tried not eating in front of people. I also drank too much until I lost control because I thought that, in this way, people would accept me better and I would be less shy.

And then I met him. The boy with the perfect smile. The guy of my dreams. The reason for my whole existence was for him to love me the way I love him. I didn’t care that he had someone else. I didn’t care that he didn’t like me. I loved him and I would have done anything for him to love me too. I thought that nobody would ever love him the way I do.

I found out where he lived and started leaving love letters in his mailbox. I imagined that we were protagonists in a beautiful love story which I believed would come true. I tried to convince the whole world that his girlfriend was the antagonist and that they needed to break up now. I was so obsessed that he became my world. However, that world didn’t exist, which made the emptiness inside me grow.

The bracelets that cover my shame

I lost control even of my own feelings. Everything seemed either black or white. I either loved or hated myself. I only focused on extreme realities and never saw middle-ground. I turned myself into a hurricane of feelings, either loving or hating with extreme intensity. But inside that hurricane was the eye of the storm, the eye that showed the emptiness inside of me.

The growing emptiness changed my view of reality in such a way that I didn’t feel anything anymore. Then, I began to cut my wrists to try to feel something. And it was at that moment that I became the girl with bracelets on her wrists because those bracelets covered what I didn’t want to show.

But bracelets don’t heal everything. They only hide what I don’t want to show. They hide the part of me that I have no control over. That part which makes me a laughing stock because everyone thinks I’m crazy. But I just want to fit in and feel good. That’s why I decided to ask for help.

I know that it’s a long, long way to go, but now there’s hope thanks to the treatment I’m following with my clinical psychologist and the medication my psychiatrist prescribed. I’m starting to feel like my old self again. I’ve been brave and asked for help. This is why I’m telling my story. If you feel the same or know someone like me, don’t laugh at them. They’re human beings who feel lost and may also be hiding their pain and shame under some bracelets.

Impossible Love: 3 Wounds that Never Heal
There are loves in this world that are not destined to be, that do not have a beginning or an end. They are like summer storms whirling with intense emotions that bring a cool, refreshing rain to soothe an intense heat, an insatiable thirst... Read more »
Link copied!
Interesting Articles
Psychology
3 Strange Delusional Misidentification Syndromes

There is a basic rule to maintain our emotional health: determining who deserves us and who doesn't. To do this we must…