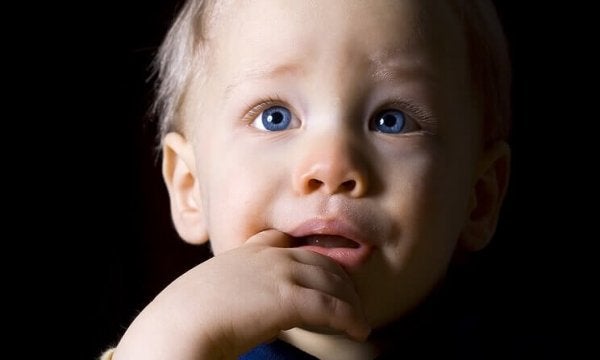 Childhood depression is a disorder that goes unnoticed. It’s forgotten, unknown and confused with other problems. Many consider that it’s impossible for a child to fall into the grip of depression. “How can children become depressed if they don’t have responsibilities or worries? If they have everything at their disposal?” According to data from recent studies, 1 in 100 children and 1 in 33 teenagers suffer from depression.

The most serious problem is that only 25% of children and teenagers with depression are diagnosed and treated. Such a low percentage is the consequence of the fact that many times adults downplay it, ignore it or even make other erroneous diagnoses. A common misdiagnosis occurs when ADHD (Attention Deficit Hyperactivity Disorder) is diagnosed instead of depression.

Depressive symptoms come to light from certain personal vulnerabilities. That is, lacking certain social, emotional, or cognitive skills and being in a situation that may require high performance, if we take into account the level of the person, or in this case the child, they may feel unable to respond. They may feel blocked. All of this generates a strong stress load and a chain of negative emotions. These can include sadness, lack of meaning or purpose, uselessness, fragility, emptiness or anger.

“Depression is a prison in which you are both the prisoner and the cruel jailer.”
-Dorthy Rowe-

What characterizes a depressed child?

There is a difference between mere sadness and a diagnosed depressive disorder. Sadness, anxiety, hostility, and anger are normal, adaptive and understandable emotions. They are necessary at times and can be translated into behaviors. For example, fear is the emotion of danger, and sadness is the emotion of loss. These are not harmful emotions in themselves. They help us adapt to the things that happen in our environment. These “negative” emotions help us stay safe if we feel danger or to write a story, our story, in which every loss makes sense.

You don’t have to pathologize emotions. All children and teenagers are sad at some point. They have even experienced symptoms of depression, but a depressive disorder is more than that.

It’s important to know how to distinguish between sadness and possible childhood depression. For this, the frequency, intensity, and duration of the behaviors must be taken into account. As well as the child’s discomfort and how it interferes with their routine (if at all). Also, whether they experience irritability and anger, poor appetite, sleep problems, agitation, and psychophysiological or motor symptoms.

In childhood depression, anger and irritability are frequent, while sadness and grief usually occur in adults. Another symptom that is different in children is agitation. In the case of adults with depression, motor and mental retardation occur. In youngsters, it’s common to be more active (hence the confusion in the diagnosis with ADHD). Due to this change in symptoms, childhood depression goes unnoticed or is confused with other types of behavioral problems.

The various symptoms of depression

Many children go to the doctor because they don’t feel like doing anything. They’re very irritable and angry. In some cases, they have somatizations (headaches, tummy aches, vomiting, diarrhea, etc.). The most reliable information we can obtain about their thoughts and emotions will be through the minors themselves. The adults in their environment, on the other hand, will be able to better inform about observable behaviors and specific moments.

Some factors of vulnerability are a lack of social skills, problem-solving skills, social isolation, a negative self-concept, interpersonal difficulties with family members or peers, and dysfunctional attitudes with guilty thoughts. It’s common for a child’s emotional state to feed off of the “rumination” of certain thoughts. For example, “Everything is going wrong, I am a disaster, life is not worth living. It’s all my fault”.

“Always remember that you are bigger than your circumstances, you are more than anything that can happen to you.”
-Anthony Robbins-

The theory of learned helplessness and childhood depression

We are generating defenseless children. One day they’re rewarded and another they’re being punished for the same behavior. Things happen around them and no one explains their origin. No limits are set, nor are they taught to handle and tolerate frustration. It’s very important to convey that in order to achieve the things we want, we must strive, wait, dedicate time, work, make mistakes, and try again.

This learning takes place through personal experiences, but if we do it all for our children, these instructive experiences will be reduced to their minimum expression. That is when behavioral problems arise. These include outbursts of anger, instability in moods, and lack of control.

The value of our actions

Different elements (behaviors, objects, people…) have the value that one gives them, and that value also depends on the effort and sacrifice that has been made to achieve these values. As we grow, we learn to establish relationships between our actions and the consequences these have.

This is something which is fundamental because it gives us a feeling of control and enables self-efficacy. Of course, not everything is in our hands, but we can do a lot to direct our lives. If children don’t perceive this relationship, they’ll feel helpless. If they don’t learn the possible results that exist as consequences of their actions or if the outcomes come randomly or diffusely, they’ll be totally lost.

In theories of learned helplessness, it’s been shown that the most important thing is perception. To perceive that what we do has consequences over what we’ll receive later on. For example, if we perceive that effort is an important part of achieving our goals, then effort will be reflected in our actions. But if the child perceives that the results depend entirely on chance, then they’ll assume that actions are useless and unnecessary. They will become vulnerable.

To prevent childhood depression, children should feel that what they do has expected consequences for themselves and their environment.

Dysfunctional beliefs are values upon which our self-esteem rests. Children learn biases in their own beliefs from a very young age. For example: “If you’re not the first, you’re a loser; and if you’re a loser, then you’re worth nothing.” This way, we condition our interpretation of reality and of ourselves.

When a child has put their own personal worth into impossible ideas, sooner or later, they’re doomed to be frustrated, depressed, incompetent, or useless. Because there will always be someone smarter or more handsome. We will always make mistakes or won’t be able to satisfy everyone.

Children have to learn from an early age to regulate. You don’t have to be either absolute perfection or a total disaster. We can’t be 100% at all times, nor can we just leave everything aside. Life is not black and white. It is a scale of grays.

Therefore, there will be moments and areas of our lives where priorities have to be re-ordered. For example, during exam week, you’ll learn that it’s time to spend more time studying. And, at the end of that week, it’ll be okay to once again enjoy your friends, family, and surroundings for longer. It’s important to learn to prioritize responsibilities and to manage time based on the decisions themselves and their consequences.

Depression is one of the main precipitating factors of suicide, and breaking down the myths that surround it is a key aspect of preventing it. 72% of depressed children and teenagers have suicidal thoughts. In the case of children, these ideas may exist even if they are not verbalized. Many childhood wishes are not expressed through words but through other forms of communication, such as games or drawings. As adults, it’s important that we learn to “read between the lines” of what children express.

Next, we’ll identify some of the myths that exist about childhood depression:

Suicide can be prevented

What to do in case of childhood depression?

From psychological interventions, the objective is to address the risk factors and the problematic behaviors that are associated with the child’s depression. The intervention includes the child, their family, and their environment. With the child or teenager, different coping skills are worked on, like how to solve problems.

Emphasis is placed on learning how to process information and how to handle emotional distress. We seek to change their negative automatic thoughts and the self-evaluations that they make of themselves and the world which can maintain their current emotional state.

Parents are given guidelines to manage their children’s behaviors. Empathetic listening is encouraged as well as how to control anger, avoid conflict, communicate messages and feelings effectively, learn to make decisions, resolve conflicts, and change the ways of interacting with the other members of the family.

In the prevention of childhood depression, it’s essential that unconditional love is always present. We should never have love depend on an action or concrete feature of the child. It’s good that love is perceived as unconditional, as a link that will survive any circumstance that may occur. In addition, reasonable rules must be present and applied coherently. The reinforcement of appropriate behaviors, delay of rewards, intrinsic work motivation, not giving in to coercion and establishing good communication…these are all essential.

“Although the world is full of suffering, it is also full of the overcoming of it.”
-Helen Keller-

3 Misconceptions About Treating Depression
There are quite a few misconceptions about treatment for depression out there. Let's look at 3 big ones and some meta-analysis that sheds some light. Read more »
Link copied!
Interesting Articles
Culture
Stress and Poor Nutrition

Stress is a problem in itself, however, stress can also sometimes lead to unhealthy life patterns. It becomes a vicious cycle in which you eat poorly because you are stressed out. The number…

Twin births aren't very common. After all, only one in every 250 births produces twins. However, a Brazilian municipality called Cândido Godói in the state of Rio Grande do Sul has the…