Generous People Also Have the Right to Say "Enough" 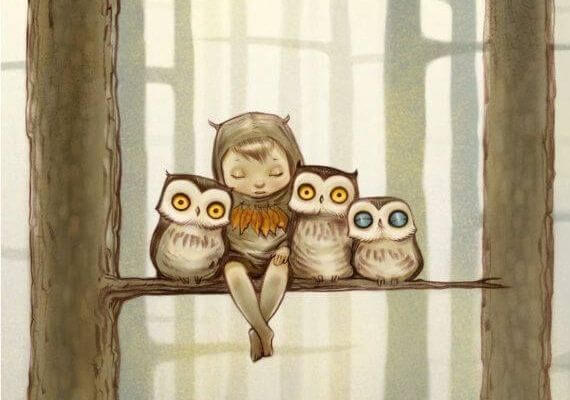 Generous people don’t close for the holidays or have office hours. Nobody rewards them for what they do, and they don’t want anyone to. Acting with generosity and kindness is the only way they know how to operate; that’s how their hearts speak to them.

However, being generous does not mean being naive. It means having one’s own values to fight. But in the moment that they start to feel taken advantage of or used selfishly, something inside them starts to break.

The second they start to feel selfishness and greed from other people, the shadow of disappointment appears. And so they stop hoping for anything, because they stop believing in themselves.

In reality, it’s more complex than we think. When someone does something of their own free will it’s their spirit that guides them; it’s spontaneity and their own integrity. But when other people violate these principles for their own self gain, instead of blaming the person who manipulated them, they blame themselves. It’s so common.

They tell themselves that they are naive, that they give too much, that they don’t know how to intuit anything… And all of that negative self-projection chips away slowly at their self-esteem in a dangerous way. Let’s reflect on this.

The turrets of our own castles

When we perceive other people invading our personal space, we tend to deploy the classic defensive strategies to protect ourselves. And on top of that, we hold other people accountable for their wrongdoing. But with good people, it doesn’t always happen this way.

Generous people tend to look towards themselves, taking responsibility for the wrongdoings of others. They see themselves as too trusting, thinking that if they raise the ramparts of their own castles, they’ll lose a part of who they are, and their principles won’t be in balance anymore.

However, we should understand that we all need to have a certain amount of control, a personal limit beyond which it’s necessary to raise our ramparts so that others can’t invade our space. To convince yourself even more of this, keep these simple things in mind:

Setting limits will not distance you from others

Generous people have every right to say “enough” without being called selfish. We know that the people around you are more than used to you saying “yes” all the time, being available, and receiving them with a smile.

But setting limits will help you get to know yourself and others. You should know how far you want to go, and others should work around that. When these limits are made clear, your relationships will be healthier. Also, you will learn more about yourself.

If anyone thinks differently, they’re mistaken. There is no context in which it’s more necessary to set clear limits than emotional, familial, or friendly relationships. There’s no more caring or collaborative way to conduct a relationship than to be able to peacefully say “no” without worrying if the other person will feel offended or upset.

Saying “I love you” does not mean “I’m prepared to do anything you ask me to do whenever you want me to.” Loving someone, whether it’s a partner, a friend, or a family member, means being able to act freely according to our own principles, knowing that we will always be respected.

Saying “no” does not make you a bad person

Before you try to convince other people of this, you should convince yourself first. It’s necessary to be able to say no, and say it loudly and with conviction, without being ashamed or feeling bad. Imagine if day after day you yielded to everything everyone asked of you; you’d feel robbed of energy and self-esteem, and you’d turn into someone you’re not.

There will come a time when you really want to help someone, but it will be impossible. You won’t have the strength, you won’t be in the mood, and even worse, you won’t believe in yourself. You should understand that good people have the right to say “enough.” That will help you to have a clearer understanding of who you are and what matters to you, and you will show that to others.

The importance of drawing an imaginary line between you and others

Raising walls around you is not like creating a line of punishment overnight, where you remain isolated but protected from others. It’s completely the opposite…

Drawing lines is not the same thing as putting up walls. Picture it as a line of light or energy that you trace around you, where your energy, emotions, and values remain protected.

Doing so will offer you the security of acting with the integrity needed to build authentic positive relationships. The people who truly love you will understand, because generous people, despite not wanting anything in return, need reciprocity, and above all, they need to be respected. Never forget that.

Alien hand syndrome (AHS) is an uncommon neurological disorder. However, due to the severe disabilities it causes, it's a condition we should learn about. The body experience is a very complicated…

Psychology
Why Do Some Unhappy Couples Stay Together?