What Does the Future Hold? The Art of Reducing Uncertainty 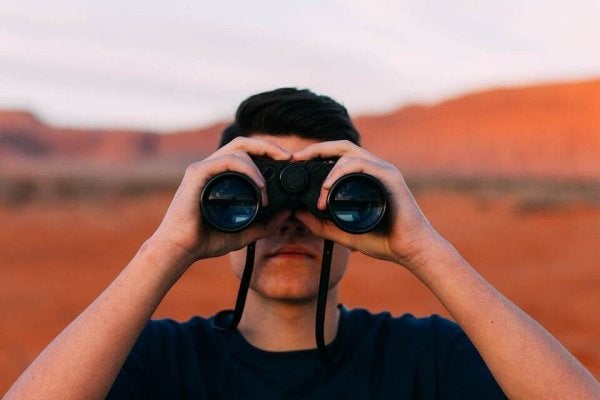 What will happen tomorrow? What will happen in a week? And in a year? Or in twenty? What does the future hold? Those are difficult questions that may be impossible to answer. By definition, the future is what hasn’t happened yet. Therefore, it’s loaded with uncertainty, that general feeling of doubt that doesn’t let us be sure of something. Can we reduce this uncertainty?

We can reduce our uncertainty, although maybe not completely. While there are pseudo-sciences and other arts that claim to know the future, they often use vague interpretations of the future in order not to make mistakes. If you assure that tomorrow’s going to be a good day, it’s more than likely going to be a good day because our attitude will be positive in the face of uncertainty. But this, apart from changing our attitude to reduce uncertainty, isn’t a realistic prediction of the future.

Reduce uncertainty with a plan B

We should start out by understanding that the future is unpredictable and we don’t know what’s going to happen. The best option is to understand this undeniable fact. Knowing this alone will reduce your uncertainty. One option is to make different predictions. Let’s imagine that we don’t know how the weather’s going to be tomorrow. However, based on our intuition, we reach the conclusion that it will be sunny. Even if it doesn’t rain for many months, if it rains on that particular day, it could ruin our beach plans.

If we had a plan B, for example: if it’s sunny, I’ll go to the beach and if it rains, to the museum. Our plans wouldn’t have to be ruined. Imagining different future possibilities is a way to reduce uncertainty. By reducing uncertainty, we’ll be more prepared to face the unknown no matter what happens.

To predict the future and reduce uncertainty, you don’t have to figure out exactly what will happen. What we have to do is think about what could happen. Imagine all the possible options that could happen and discard the improbable ones. For example, we could think that it might be sunny, rainy, snowy, cloudy, etc. Even so, based on the current temperature, humidity, geographic location, etc., you could discard any of the options and attribute more or less probability to the others.

A common, sometimes unconscious practice that we use to reduce uncertainty is the use of patterns. Experience teaches us that certain events tend to repeat themselves when the right circumstances exist for them. And, the more experience, the more these patterns are confirmed.

Normally these patterns are useful, especially when we know the causes and effects. We know that if we throw a stone at another person, we’ll hurt them. But if we know that the damage will depend on the size of the stone and the force with which we throw it, we can change these variables depending on our desires. You obviously don’t have to throw stones at anyone, we’re just using this as an example.

“My interest is in the future because I am going to spend the rest of my life there.”

Likewise, these patterns also help explain our behavior. However, this is so varied and so influential that it’s difficult to know all the variables that change it. Making a joke at someone’s expense can make them laugh or become angry. If we make the joke and the person laughs, it’s likely that similar jokes will make them laugh too. But beware! What if they had a bad day? Maybe they don’t laugh. These patterns aren’t always good predictors since heuristics and biases can also influence.

Before the idea of predicting the future arose, another discipline came to be: prospective. Foresight is the discipline that studies the future to understand and influence what will happen. Of all we can know about the future, the least interesting thing is what will happen. What we’re most interested in is the how, and above all, the why. We can understand prospective as a tool for managing and reducing uncertainty.

Prospective seeks to understand the causes and sequence of events that lead to an event. That’s why prospective doesn’t make predictions. It’s not used to predict the future. Rather, it’s used to explain why something’s going to happen. Ultimately, the goal of using prospective is to change the future’s path before it begins. Although the future is uncertain, it’s possible to reduce uncertainty so we aren’t caught off guard.

When Values Become Sacred
it's sometimes difficult to quantify or exchange the things we place value on. We call these difficult to label, or intangible, items sacred values. Read more »
Link copied!
Interesting Articles
Art and Psychology
The Art of Attracting Magic into your Life