When Prudence Is Really Fear 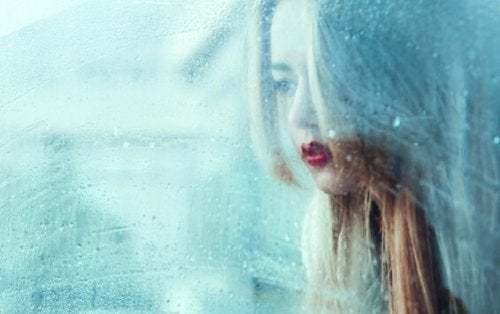 Prudence is a virtue that completely permeates a person’s personality. When someone cultivates prudence, it turns into a something like a halo around everything they do. Aristotle defined it as that which encourages decent and correct behavior. The church considers it one of the four cardinal virtues of human beings.

In this day and age, prudence has a slightly different meaning. We associate it more with caution. We call someone prudent if they think before they act, or if they refrain from doing something because they believe the consequences will be bad. A prudent person might also act slowly and carefully if the circumstances call for it.

“Sometimes we must season prudence with a touch of madness.”

A long time ago, people believed that where there was prudence, there were also other virtues. However, we have to say that sometimes the word prudence describes a lack of determination or motivation or even insecurity. It is important to learn to distinguish one from the other.

Prudence has a very positive side. The key word here is foresight, to see something before it happens. It isn’t just a guess; it’s logical reasoning. It implies that you reflect on and evaluate the situation to infer where a particular action might lead you.

The ability to be prudent and have foresight is fundamental for decision-making.  These virtues put you on the road to success and help you choose correctly more often. It lends itself to strategic problem-solving. If you do make mistakes, prudence makes them much more manageable.

Prudence is the opposite of impulsiveness. Prudence is key when a decision or action carries risk or danger with it. It is a virtue closely associated with intelligence, reflection, and self-control. In complex situations, it is incredibly valuable.

There are some people who are cautious, but not necessarily prudent. Prudence also includes the ability to be courageous when the circumstances are favorable. Otherwise we’re no longer talking about prudence but rather fear.

When you take prudence to the extreme, it’s not a virtue anymore. It becomes an emotional processing problem. Excessively prudent people perceive reality as a threat. As a result, they avoid any actions that might trigger unpleasant or catastrophic things. They reject anything that means change. The “prudent” choice is to stick to the world they already know.

This type of emotional processing doesn’t lead to success or making the right decisions. It leads to paralysis. After all, totally eliminating all risk is virtually impossible. Not even in your living room or asleep in your bed are you 100% safe from danger. Ceilings fall in, planes crash, thieves enter homes… If you always concentrate on possible dangers, you will essentially never live in peace.

Excessive prudence sometimes comes in strange forms. One is that of extreme perfectionism. Perfectionists want everything to be iron-clad. They try to keep everything under control and avoid mistakes at all costs. This obsessive behavior speaks more of fear than of caution. Behind this behavior is a somewhat paranoid expectation: if I leave any loose strings, the worst will happen.

Finally, there are people who use prudence as an excuse for inaction. These people are more timid and faint-hearted than cautious. There will always be new situations you’re not prepared for, but they offer exciting possibilities for personal growth. If you say “no” just because you aren’t completely sure of the outcome, you are saying “no” to life itself.

Emotionally healthy people take chances. But that doesn’t mean they are reckless; they make predictions and calculations and plans. They know there will never be guarantees on absolutely everything they do.

Prudent people also know that mistakes are always possible. However, there’s no need to fear them, since they are an incredible source of wisdom and experience. Prudence isn’t fear, but responsibility.

Prudence Is the Intelligence of the Brave
Everyone, to some extent, enjoys talking about themselves or about others, but sometimes we miscalculate and we overstep the mark. Read more »
Link copied!
Interesting Articles
Personal Development
How to Take Initiative and Make Things Happen

Knowing how to take the initiative is, for example, daring to ask the person you like on a date. It's…

Wellness
Happiness Is Appreciating The Simple Things In Life

The simple things in life are like those stars that shine on a clear night. They're always there, surrounding us, offering…

Wellness
Body Image: It's Great to Have a Unique Body

Each person builds their own body image from what they see in the mirror and also from other factors: a…