Those Who Leave You Today, Will Miss You Tomorrow 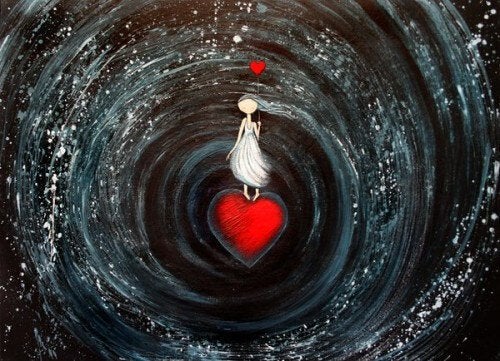 Sometimes, people leave with no explanation, leaving us heartbroken over a cruel and unexpected absence that turns our lives upside down.

When this happens, we can’t imagine anything worse, more despicable, or more selfish than the offense we just experienced. After containing our anger and rage, we start to think that this was unfair and we didn’t deserve it.

At the same time, a cloud of sadness looms over our heads, creating a darkness that we feel we’ll have to live with for a long time.

In this darkness, we’ll start to feel disappointment, disillusionment, deception, and incredulity. However, when we fall into this abyss, it means that freedom is near, because if someone has left us in this way, it means that they didn’t deserve our company in the first place.

It’s better to be disappointed than to live a lie

When someone leaves you without so much as a goodbye, something breaks inside of you. You don’t know exactly what is broken, but it really hurts all the same.

However, disappointment hurts less when we’re able to protect our integrity. For this reason, although substituting love for others with self love is a difficult process, the truth is that we’ll be going from an insufferable tyrant to a good friend.

Also, when someone abandons us unfairly, when they leave us without explanation, we can be sure that tomorrow they will be sorry, because they will have lost us.

As they say, you can’t drown in nothing, and if someone has drowned it’s because they didn’t want to swim, because they were not on our level, or because their degree of emotional maturity kept them from seeing that there are thousands of better ways to say goodbye or to fix things. Ultimately, cruelly running away is not a brave solution; it is cowardly, bitter, and ungrateful.

What can we do when someone disappears from our lives?

“When someone disappears from your life, you might not see that person ever again, or be able to tell them everything you want to say to them. Get a pencil and paper and write them a letter. It could be a whole page or just a single word. Write to them, but don’t send it to them; fold it and burn it. It will take to the wind and then it won’t hurt so much inside.”
-Federico Moccia-

When someone leaves us in this way, an internal fight starts up in which we debate between waiting for them to come back with their tail between their legs, or starting over and learning to live without them. The latter involves countless difficulties that we have to overcome, even though we don’t know how.

It’s likely that, in these cases, there is a lot left for us to say. The pain, the accusations, and all of our emotions can’t just stay inside us; we need to release them in some way, even if we’re only imagining that we have this person in front of us, even if we’re only tearing paper and hitting cushions.

One of the best options is to write a letter to the person that hurt you in which you explain how they made you feel before and after they left. Afterwards, the best thing to do is to get rid of it, as this could be the best form of liberation.

What is the last step to free ourselves from the pain?

“When you maintain resentment towards someone, you’re tied to that person or situation, by a link that is stronger than steel. Forgiveness is the only way to break this tie and achieve freedom.”
-Catherine Ponder-

After writing the card and freeing yourself from your feelings and emotions, it’s time to forgive. Giving wings to your suffering will be the only way to avoid your body becoming the tomb for your soul.

Because behind our courage and anger, sadness, humiliation, and disappointment hide. Freeing ourselves from these feelings will basically mean that we’ll stop walking along the edge of an active volcano.

Whatever happens, we’ll never forget that the whole painful experience contains a seed of growth and liberation within it.

Sometimes, health professionals are unable to make the person they're treating feel better. This produces a form of post-traumatic stress…

Wellness
We Are Not The Same Anymore

Wellness
A Breakup Is Not A Failure

Maybe your partner broke up with you recently, after thousands of doubts, getting back together multiple times, and accumulating moments of sadness that seemed impossible to overcome. A breakup tends to…