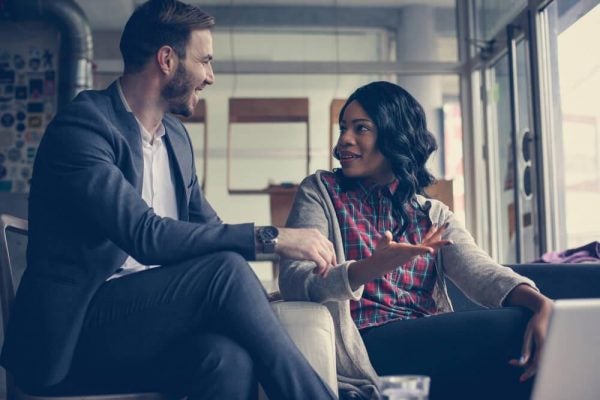 There are many ways to explain what social relations mean. George C. Homans did so through his Social Exchange Theory. This theory, born from concepts of economics and exchange, tells us how social interaction happens, and shows which are the key factors motivating us to engage.

The Social Exchange Theory proposes that all relations we either form, maintain, or break is due to a cost-benefit analysis. This is what leads us to make comparisons of the alternatives available and then choose those relationships which provide the greatest benefit at the lowest cost.

This theory was highly valued amongst behavioral paradigms because it was easy to quantify and measure, and because of its simplicity. But with time and with the appearance of cognitive and constructivist paradigms, it has been rendered obsolete. In this article, we’re going to make an analysis of the social exchange theory alongside the criticisms it’s received.

Characteristics of the Social Exchange Theory

As mentioned earlier, the Social Exchange Theory revolves around the economic aspects of relations. According to this theory, every time we have a relationship, we weigh its costs and benefits. Depending on the result, we value it more or less. In this way, changing our social interaction according to these standards will leave us in a state that’s widely satisfactory for us.

This theory is based on two principles that underline its reasoning:

After observing these two propositions, the reasoning becomes clear. According to this, social relations orient towards a social goal (individualism). And furthermore, the achievement of this goal should deliver pleasure (hedonism). Because of this, it’s profitable in costs-benefits terms.

One has to keep in mind that this theory derives from behavioralism, which is based on the ‘stimulus-response’ paradigm and ignores cognitive variables. In this social exchange theory, stimuli connected with social relations are represented by the costs and benefits derived from them. The response to these stimuli will be simple. A negative balance will lead to ending the relationship and a positive one will make the person maintain it.

This theory was very attractive in the behavioralist era of psychology. However, after the appearance of cognitivism, it was subject to serious criticism and became problematic. Let’s explore the errors and limitations of this theory.

Criticism of the Social Exchange Theory

The first limitation that we can find in it is it’s inattention to internal processes. We only have to bear in mind the positive and negative stimuli that we receive from others. However, we know that, inside each individual, there’s a much more complex process that affects their attitude towards another person.

Another aspect that we can criticize in this theory is the validity of the two proposed theorems. Both the individualist and the hedonist paradigms are outdated in the current field of psychology. They each have a series of theoretical errors which undermine their validity.

Regarding individualism, it’s clear that there’s a great concern for oneself and that part of social interaction is used for one’s own benefit. But it’s wrong to say that all behavior is directed towards individual gain. Behaviors of mutual benefit and collective benefit mostly favor adaptation. For this reason, it’s easy to find non-individualist behaviors in nature. Furthermore, social identity studies show us how we abandon our individuality in order to feel part of a group and how we can exchange our goals for theirs.

There’s also an error regarding hedonism. It tells us that the goal of human behavior is pleasure. But we know that happiness and pleasure itself serve as an incentive to learn behaviors directed towards other goals. This leads us to understand that pleasure is both the means and the end. Pleasure serves to achieve more pleasure. This, in large part, becomes a tautology that doesn’t provide any information.

As we can see, the Social Exchange Theory is interesting to understand from a social psychology standpoint. And perhaps it was useful in its time to explain determined aspects of social interaction. But nowadays, it’s far from an integral theory on the social reality in which human beings live in.

How Do You Generate Social Expectations? How Do They Affect You?
You have a concept of each person's personality, which is inferred from the interactions you have had with these people. This leads you to generate a set of social expectations about the behavior of each and every one of them. Read more »
Link copied!
Interesting Articles
Psychology
﻿﻿The Story of the Carrot, the Egg and the Coffee

"Once upon a time, the daughter of an old gardener constantly complained about her life and about how difficult it…

Psychology
I Deserve to Be Loved, Respected, and Valued

I recognize that I deserve to be loved, respected, and valued, and I'm not selfish or pretentious for thinking that. I…

Psychology
It's Good to Let Go: Freedom from Resentment

It's good to let someone go, but it's better to do it without any leftover resentment. Free yourself from the…

Oxytocin is a hormone with several different jobs. We still don't know exactly what a lot of them are. We do…