Fleeing Is Never the Answer 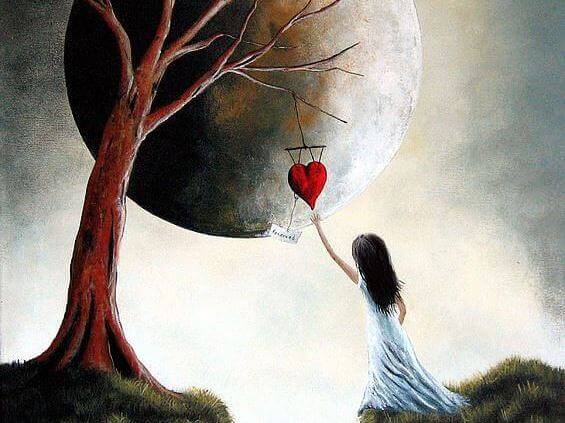 The thought of fleeing is often the form through which people seek to feel safe. We want to get away from what hurts, overwhelms and corners us. However common this desire may be, if you feel identified with it, you know very well that fleeing is never the solution.

Running away isn’t the answer. If the issue is something that has occurred to you directly, you must overcome it. However, if a certain person is what has happened to you, we must know that we can continue advancing in life by ourselves.

Recognizing the desire to flee as a sign of bravery

A certain Spanish poet said that he who is afraid can never be a coward, because to acknowledge something is to want to face it. The fears, the rapid changes, the disappointments: these can all make us feel cowardly, insecure and weak. When wanting to run away, recognition is the first step in moving forward.

“If we take the generally accepted definition of bravery as a quality which knows no fear, I have never seen a brave man. All men are frightened. The more intelligent they are, the more they are frightened.”
—George S. Patton

If you have ever felt as though you wanted to turn around, run the other way and disappear from the face of the earth, you are brave, you have begun to address your problem. You will soon realize that putting it off, ignoring it and running away from it only postpones a direct confrontation with whatever causes you pain.

The moment when you realize you want to leave something behind and go elsewhere, you realize that you are not seeking to get away from wherever you are, but from the memories you have of that place. However, you will learn that these memories will follow you, and drench any and all cities to which you may travel. You cannot run away from yourself, and if you are trying to escape from someone else, it may be because the only one left in the relationship is you.

Fleeing from the problem is a race you’ll never win

You may think that postponing a confrontation will also help you take a breath and change your perspective. However, it then ceases to be an escape and becomes a period of reflection and survival. You will have to go back to whatever you want to escape from, and accomplish what you have yet to do.

In fact, when we flee due to something external, it’s normal to not really need said breathing period – we can usually overcome the issue without further issues. The truly hard part is fighting to escape from the ghosts that haunt us, from the inside. We will never be able to defeat these ghosts, and we are never going to win if we do not face them and give them a name.

Emotional shock can serve as an escape

If we are fleeing in order to endure, we will never be the person we once were.  The emotions we feel define us and, in those moments when our emotions are very strong, we put ourselves to the test. Letting go of hard feelings and feeling better not only has causes, but consequences.

“And once the storm is over, you will not remember how you did it, how you survived. You will not even be sure whether the storm is really over. But one thing is certain. When you get out of that storm, you will not be the same person who entered it. That’s what this storm is all about.”
—Haruki Murakami

After the storm passes, we will have learned, changed and experimented. Fleeing will not have been the answer, but rather, the courage we found to resist the urge to flee. It is likely that other places may help us regain our happiness, but the place in itself does not change anything.

What is truly useful is to make every effort to get out of where we are, even if this means going through the greatest emotional shock of our lives. It is good for us to stand up to the pain, and seek what makes us cling to happiness. There will always something or someone there for us, who will not let us give up, who will not let us run away, but will instead encourage us to fight with all our strength.

Link copied!
Interesting Articles
Wellness
The Hint of Unhappiness in People Who Have Too Much

In the modern world, many people think that a good part of their problems derive from not having enough. That's why…

Wellness
Psychophysiological Disorders: What Emotions to Do Your Body

When you're anxious do you get stomachaches and headaches? Or maybe you get cramps? And what about when you're angry?…

Wellness
Anger and Hate: Emotions that Defeat Themselves

A boy was always in a bad mood, filled with hate, and fighting with his classmates. One day, his father…

Envy is considered one of the seven deadly sins, and it tends to go hand-in-hand with destructive criticism towards the…

Our experiences form and develop our self-esteem, whether positively or negatively. The value we assign to ourselves and features that…