The Fear of Losing Control 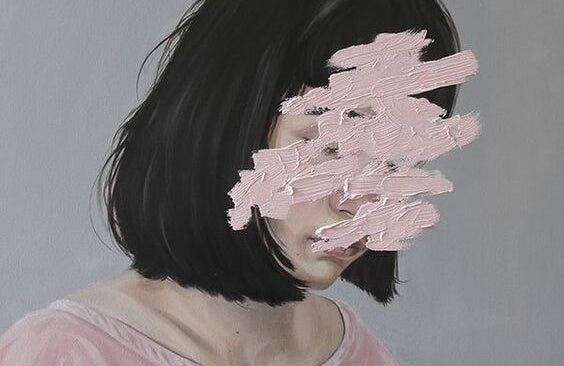 When anxiety thinks for you, everything starts to get blurred. It’s easy for the fear of losing control to have a grip on you because it’s the most difficult emotions that take the wheel, while intrusive thoughts paint a threatening scene before you that you must defend yourself from. In these moments, you start to fear hurting someone, so it’s important to learn how to manage them.

It won’t surprise anyone to know that this is one of the most common fears that people experience. For example, people who deal with constant exhaustion at work start to fear that at any moment, all the silent tension that they’ve built up will end up exploding in the worst way.

“Don’t allow yourself to act in haste or to lose control of your emotions in important relationships.”

Another example are parents who carry a lot of responsibilities on their shoulders, which can feel like a distressing knot of infinite problems and worries. These are situations where the person lives in fear of losing control at any moment and doing or saying something bad to the person they love the most.

This reality isn’t foreign to anyone. But while it’s normal for fear to be present to a certain degree in our daily lives, we can’t give it all the power. That would be like living with another self inside you, a Mr. Hyde who brings out the worst in you.

When you give your anxiety all the control

Robert has been going through a lot of ups and downs, resulting in a lot of anxiety. Having been unemployed for almost a year, he feels tormented in every area of his life. His parents, concerned about his situation, try to encourage him and invite him over to eat every day. However, at the last meal he shared with them, Robert became aware that he was starting to fear he would lose control at any moment.

During dinner last weekend, his brother made a little comment about his situation, and he interpreted it in the worst way possible. He overreacted emotionally – he was angry, raised his voice, and said a lot of things that he regretted later. The meal ended with his mother crying and his brother slamming his hand on the table. Robert knew that he had a problem, but he lacked the resources to manage it properly.

This situation might seem familiar to you. If so, it’s important to start by understanding all the ways in which anxiety can alter your behavior, thoughts, and responses to certain stimuli.

The demon of anxiety

When people carry too many worries, fears, and uncertainties with them, the brain makes an almost Spartan interpretation – be careful, everything around you is a threat. With this conclusion, it determines that the only way out is to defend yourself from everyone and everything.

How to manage the fear of losing control

Self-help books often preach the idea that “in any situation, everyone has the opportunity to choose how to react; t’s your responsibility to choose the best path.” Well, this message is pretty inspirational, but when you suffer from anxiety, it’s very hard to discern what the correct path is.

The anxious mind does not think, it reacts. The anxious mind does not have complete control over itself, and therefore doesn’t always make the best decisions. This forces us to understand that managing these situations isn’t an easy task. It’s not enough to just have good intentions when there’s a lump inside you that keeps you from breathing and thinking clearly.

Now let’s take a look at some strategies that are effective in diminishing the fear of losing control.

The last step requires you to free your body so you can free your mind. This can be done in various ways, including Jacobson’s progressive muscular relaxation, mindfulness, yoga, or any other physical exercise. These strategies will help you release the physical tension in your body and allow your mind to take a more relaxed approach.

It is possible to take back control of yourself, you just have to work on it.

How to Develop Self-Control
Why do you continue to carry out self-destructive behaviors? It's because you lack self-control! But don't worry, you can really improve it. Read more »
Link copied!
Interesting Articles
Psychology
The Types of Libido and the Film Characters who Represent Them

Wellness
How to Make a Decision that Will Change Your Life

Psychology
Three Ways to Increase Self-Control According to Science

Many people find it hard to be consistent when it comes to reaching their goals. It’s tough to maintain the willpower…

Interesting Articles
Personality Psychology
How Does the Mind of a Corrupt Person Work?