Have you heard about the two systems of thinking by Daniel Kahneman? This psychologist won the Nobel Memorial Prize in Economic Sciences in 2002 after he developed a theory that explained the two ways of thinking humans use daily. 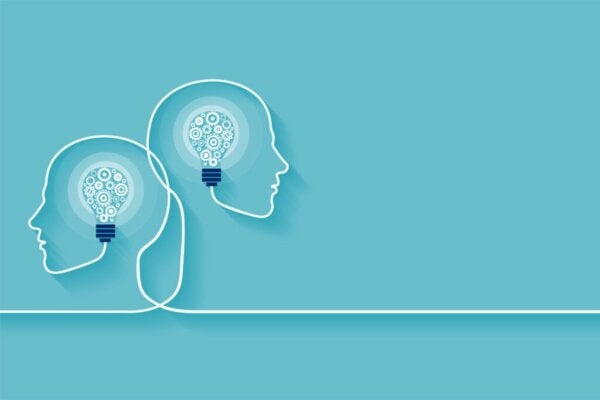 Are you aware of how your brain activates the two systems of thought while you perform your daily tasks? Do you know how you make decisions? Although there are many psychological theories on this subject, one of them has been particularly influential. It’s a theory on thinking by Daniel Kahneman.

Kahneman is a psychologist who received the Nobel Memorial Prize in Economic Sciences in 2002. He wrote a bestseller, Thinking, Fast and Slow, in 2012. In it, he exposes a theory on two well-differentiated systems of thought. System 1 is more intuitive, fast, and automatic, while system 2 is more deliberative, logical, and slow. So what else is there to know about these systems? When do you use them? Do they interact with one another? Continue reading to find out.

Fast and slow thinking according to Daniel Kahneman

Kahneman’s systems of thought are the subject of the book titled Thinking, Fast and Slow. Daniel is a Palestinian-born psychologist who grew up in the United States. Many think he’s one of the most important thinkers in the world. As we mentioned above, he won the Nobel Prize for his work on the rational model of decision-making.

His ideas influenced many areas of medicine, politics, and economics. In his book, Daniel described two types of thought or systems that model human thinking. System 1 is fast, intuitive, and emotional, while System 2 is slower, deliberative, and logical.

This thought system is a fast, automatic, and emotional system that’s also stereotyped and subconscious. System 1 has the function of generating intuitions that can be useful for human tasks (even though they aren’t always useful). This system is also known as an implicit system.

How does it activate?

Humans use System 1 to decide most of the issues of our daily lives. That is, it allows you to make quick and simple decisions and reach automatic conclusions.

The second system proposed by Kahneman is slower and requires a greater effort. It’s less common and more logical than the previous one, as well as calculating and conscious. That is, when humans use System 2, they’re fully aware it’s for problem-solving, for example.

Its function is to make final decisions after watching and controlling the intuitions that arise from System 1. Unlike it, System 2 allows you to carry out more complex tasks such as learning a language or reflecting on something.

How does it activate?

The second system is for making complex or difficult decisions. Therefore, it’s a more deliberate type of thinking. It’s a system that requires more concentration since it prevails faced with complex tasks. In addition, humans use this system to give conscious answers.

Interaction of the two systems of thinking by Daniel Kahneman

These two thought systems are continuously active in human daily life and communicate with each other. However, each will dominate the other depending on the task at hand.

Each of the systems has a function. Thus, while System 1 determines your thoughts in relation to the perceptions of the environment and the visual and associative memory, System 2 is in charge of developing conclusions from the intuitions of the first one. The deliberative system can be useful when making complex decisions since it’s slower and requires more concentration than the previous one (concentration is a key factor in decision-making). This is why Kahneman refers to the second process as slow thinking.

In terms of their interaction, System 1 has a greater influence on behavior when System 2 is busy.

In short, Daniel Kahneman says that thinking manifests through two thought systems that operate in the mind to help make decisions and solve problems. However, he said in an interview that people don’t reflect on which of the two systems is dominating over the other and, thus, directing their behavior most of the time.

Wegner’s Theory of Dream Rebound: The Effect of Thought Suppression
In the 80s, Harvard University did an experiment inspired by Leo Tolstoy and a polar bear to try and find out the effects of thought suppression. Read more »
Link copied!
Interesting Articles
Theories
How Do People with Depression See Themselves?