When Intelligence and Intuition Work Together

Albert Einstein once said that intelligence and intuition go hand in hand. Moreover, psychologist Gerd Gigerenzer, director of the Max Planck Institute, points out that an intuitive person will always make a difference in their society. 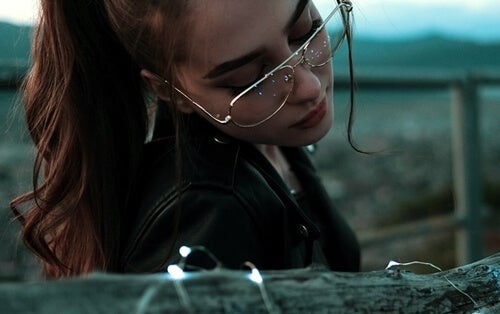 People do their best when their intelligence and intuition work in harmony. In fact, people solve problems more effectively when these two traits merge. Even more, it’s precisely under the influence of this combination that people make better decisions because they use both reasoning and feeling to attain proper balance.

However, a lot of people often perceive concepts such as IQ and intuition as opposite dimensions. Moreover, it’s common to understand intelligence as the rational, logical, and even analytical mode of operation, while linking intuition to an unscientific and almost even magical substrate.

Nothing can be further from the truth. Some well-known books such as Blink: The Power of Thinking without Thinking by Malcolm Gladwell or Thinking, Fast and Slow by Daniel Kahneman encourage people to understand how these processes work. You must begin to think better. To do so, it isn’t necessary to devote hours or even days deliberating on your decisions. In fact, it’s more about connecting a little more with your inner voice.

Albert Einstein said that the intuitive mind is a sacred gift, while the rational mind is its faithful servant. However, society places a greater value on acts of service and often forgets that intuition is a gift in humans.

Therefore, it’s time to begin to understand that both spheres must always work in harmony. Only then will you step out of the world of intelligence and into the realm of wisdom.

Intelligence and intuition – authentic knowledge at your fingertips

Here’s an example to better understand the link between intelligence and intuition. Think of a doctor, a good professional who suddenly comes across a patient with unusual symptoms. They make the decision to, for a moment, apply their logic and try to deduce what ailment the person might have objectively.

Note that the doctor also chooses to make use of their intuition, of that sense that experience gives them; their baggage and clinical eye. They know they can react faster through that internal voice but it’s always better to make use of both spheres of intelligence: reason and intuition. And of those hunches based on their previous experiences as well.

Everyone should master both thinking patterns. The rational mind and the intuitive mind serve each other and you can only win when they work in harmony. This is because, when you only use one of them, you limit your true potential. In addition, because anyone who merely follows their intuition can fall on their faces not once, but many times.

Similarly, those who opt to silence what humans know as “instinct” or “sixth sense” are tearing apart the foundations of intelligence. Continue reading to find out why.

Intuition isn’t an oracle but a guide

People usually perceive the term intuition as an oracle. As if a prophetic voice emerged from them and was capable of revealing what to do and what not to do at all times. The truth is this dimension doesn’t work that way. As an example, here’s a study conducted by Dr. Jean Preatz at Elizabethtown College, where she points out something quite relevant.

Almost 90% of nurses follow their intuition when making work decisions on a daily basis. They do so because they know that this area is a framework for action. That instinct is what tells humans what deserves their attention and what doesn’t; what’s efficient and what isn’t.

Intelligence and intuition are an act of courage and self-confidence

Gerd Gigerenzer, director of the Max Planck Institute for Human Development, is one of the most prominent psychologists in the study of decision-making. For him, intelligence and intuition comprise the daily exercise capable of putting you in advantageous situations.

Thus, as explained in his book Gut Feelings: The Intelligence of the Unconscious, intelligent people listen to their intuition, their emotions, and their hunches. Moreover, if there’s something he learned throughout his life as a researcher, it’s that feelings deserve at least some of your attention. You shouldn’t discard or invalidate them as soon as they appear.

Listening to them is an act of courage and self-confidence. This is because, when the voice of intuition comes your way, it always challenges you in some way. It whispers in certain directions, routes, and paths. All that information should go through the filter of reason. This is because only then will you be able to discover more suggestive and appropriate options for you.

As Albert Einstein pointed out, modern society values intellect above all. Within this, they conceive logical reasoning, deduction, and analysis as more remarkable processes. Moreover, people even develop standardized tests to assess IQ to find out how capable a person is.

However, people relegate an almost essential dimension that most actually use every day: intuition. This trait helps humans decide quickly and guides them and allows them to react to everyday challenges. If you learn how to use it, you can listen to it and always place it in proper harmony with intelligence. This will allow you to make better decisions and respond effectively.

Dare to use your intelligence and intuition and enter the realm of wisdom!

The Sixth Sense: The Voice of Intuition
The sixth sense is another word for a person's natural intuition. It's the inner voice that speaks to you from those lucid gut feelings that aren't always Read more »
Link copied!
Interesting Articles
Personal Development
How Anxiety Affects Your Relationships with Others

Anxiety affects you in certain settings and can make you feel uneasy, even if there's nothing to feel anxious about.…

Personal Development
How to Manage Time and Be More Efficient

Ironically, knowing how to manage time is challenging for everyone but often, we don't have time to address "time." However,…

Some say difficulties are opportunities in disguise as long as you keep an open mind. This is because it's the…

Carl Jung's keys to happiness ring just as true even decades later. The Swiss psychiatrist and father of analytical psychology…