Being Extremely Intelligent: The Dark Side We Don't Talk About 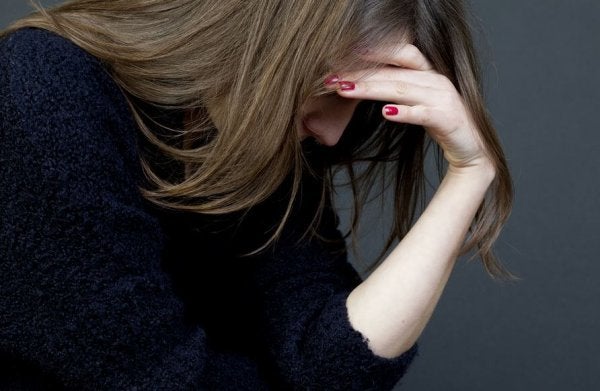 Being extremely intelligent does not always guarantee success or happiness. There’s another side of high IQ that we don’t always talk about. There’s existential angst, social isolation, emotional problems or continuous dissatisfaction from not reaching the high objectives a person with such capacities sets.

Some people are quick to say that intelligence is not the same as wisdom, and that the latter is something that many of those with an IQ above 120-130 points (though not all of them) lack.

Thus, Jeanne Siaud-Facchin, a psychotherapist and one of the most recognized experts in the field of people with great abilities, explains that nothing can be as paradoxical as the brains of these people.

Being very intelligent entails a certain fragility. It’s a type of mind capable of generating thousands of ideas at once. They’re fast, they’re original, and they can produce — in mere seconds — endless reasoning and concepts.

However, they’re not always able to manage so much information. Their cognitive worlds have so much capacity that a single stimulus is enough for their neurons to fire instantly, giving shape to many ideas. But the truth is that they don’t always manage to give a concrete or even accurate answer.

All this can create a lot of frustration and bewilderment. Life isn’t always wonderful and easy for a person or child with high abilities. No one has told them how to use their sophisticated brain, so eager for information and productive in ideas.

In fact, life gets much more complicated for people with an IQ over 180. As we can see in the story of the most intelligent man in the world with an IQ of 250, their lives can become real tragedies.

Being extremely intelligent, a paradoxical gift

We live in a society where gifted people are revered. We are fascinated by people with unique talents and abilities, we admire those who dominate a certain area of ​​science, art, sports … So much so that there is no shortage of moms and dads who say they would love to have a child with high IQ, because in some way the idea that being very intelligent is synonymous with success is still very present in our day to day.

On the other hand, the children themselves also have the conviction that nothing can be as fabulous as “being very smart”. Can there be anything better? The “gifted”, they say, pass exams with good grades without trying or hardly studying. Now, every educator, every psychologist or parent of a child with high abilities knows that these ideas are not always fulfilled.

To begin with, it is very possible that the student with a high IQ goes unnoticed during a good part of their school life. It is also likely that they do not get good grades, that they are not good at making friends and that they are that clueless pupil who is absorbed in their own world that lives in the last rows of a classroom, where they do not attract attention.

An intelligence that’s hard to control

The reason being extremely intelligent doesn’t guarantee always being the first in the class is multi-faceted. First, there’s boredom. A child with high abilities doesn’t feel interested or stimulated by things around them and just “disconnects.” They take on  a passive attitude that may even lead to failure in school.

In other cases, there are students who don’t know how to control their ideas and ramblings. Sometimes when answering a simple exam question, the child may start rambling, reflecting and inferring. And never answer the question.

In fact, in the book “Too smart to be happy“, a girl explains that while her peers just come up with one thing to help find a solution, she finds 25. She feels incapable of arriving at a conclusion.

Another aspect to consider is hypersensitivity. Being extremely intelligent means having a very deep and transcendental vision of reality and the world.

Sometimes just watching the news makes them feel incomprehension, anger and skepticism towards humanity itself.

Emotions grip them. They can’t control the impact certain events have on them, events that go unnoticed by most people.

Things like lies or falsehood overcome them, as well as social inequality and wars. It’s overwhelming to sense they may not be able to achieve many of the lofty ideals they have in mind.

Also, contrary to the idea that extremely intelligent people are cold, their capacity for empathy is immense. Therefore they may prefer to isolate themselves so as not to suffer. To keep their distance so as not to get involve themselves too much and get hurt in some way.

Their emotional worlds are complex, but they also channel that intensity through creativity and inspiration.

At this point, you may think being extremely intelligent is practically a disorder. But that’s not true. Let’s reflect a little.

A gifted child going through school unnoticed will develop little academic interest and live in personal isolation where problems like anxiety or depression may grow.

On the other hand, the WHO actually gives us a warning: We shouldn’t use IQ alone as a “diagnosis” of giftedness. Because intelligence cannot be separate from emotions, without hypersensitivity, hyperesthesia, hyperemotivity, hyper-maturity, hyperstimulation, without arborescent thinking and speed of thought …

Being extremely intelligent may mean living in a very private corner where emotions and thoughts are chaotic, deep and very intense.

Our role as parents, educators or psychologists is therefore to offer them appropriate strategies for finding balance and peace. Strategies to reach their potential — and happiness.

7 Signs That Make Intelligent People Stand Out
I am sure that you have at some point felt curious to know your level of intelligence. Studies show that it is not necessary to fill out a complicated test Read more »
Link copied!
Interesting Articles
Psychology
Prioritize Things that Are Really Important

Psychology
Religion Is an Enigma Our Minds Can Explain

Religion came about as an age-old necessity, or at least so we think, and it's stayed around until today without any…

Psychology
Every Assumption Takes Us Away From Reality

A girl had two apples in her hand. Her mother came to her and asked her daughter if she could…

Psychology
How to Work Efficiently as a Team