How to Cope With Paralyzing Fear and Anxiety 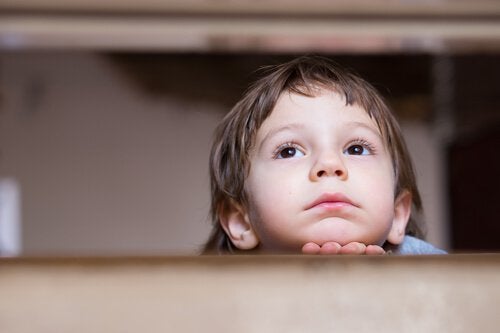 A girl looks out the car window, watching what’s going on around her. She’s in the back, feeling relaxed and full of curiosity. With a docile spirit and keen to just fill her life with different sensations, while listening to her parents speak. The parents are worried by all the bills, bringing up arguments from the past and continually expressing out loud how hard life is and how they always arrive late everywhere they go. This is not the first time it has happened. After several more trips like this, the girl’s thoughts seem to blur. As she gets out of the car to go to school, her mother tells her to be careful. She doesn’t say what with. The girl’s emotional backpack is getting heavier and heavier. Neither their good financial situation, nor her good relationships with her friends, nor having lived a childhood without any real traumas can stop her from thinking that something is wrong. Something bad could happen at any moment. This poor child is going to have to start learning how to cope with anxiety.

Her family tells her to be careful, that lots of bad things can happen in life. They tell her that they are warning her because they love her, and don’t want anything to happen to her. They don’t specify exactly what kind of experiences she has to be careful about, or if she can do anything to prevent them or help herself if they do. Everything is received passively, without any specific instructions.

Her curiosity is trapped in her imagination. She starts to be too scared to put anything into practice in her life. Her alarm system has spread out and now covers everything she feels and experiences. None of these things were in her brain, but all the complaints and warnings are changing how she thinks. She is developing a Generalized Anxiety Disorder, but she’ll go through hundreds of misdiagnoses until she knows it.

Generalized Anxiety Disorder is not linked to stress , nor is it a temporary worry about something specific, nor a prolonged period of irritability. This disorder is the result of a large number of life experiences that have modified the person’s cognitive, emotional and physiological system in such a way that they just react in an automated fashion to everything around them.

Like many other psychological disorders it does not have an organic origin, but it does seem to have a biological and genetic influence. It has been noted that it seems to happen more frequently in in children born to older mothers, although it is currently unknown why this is. There are only observations and no conclusions in this respect, but it would be an interesting aspect to study in more depth in the future.

Generalized Anxiety in adults is characterized by a constant sense of worry based on the person’s anticipation of future events. The adult with Generalized Anxiety would have learnt during their childhood that being worried was a way of connecting with life, and not simply a circumstantial warning signal which would tell them how to deal with a specific situation.
Worry is a way of avoiding of reality, an excuse for the fear of uncertainty. The person’s fighting and creative spirit is nullified by listening to continuous complaints, worries, moaning about the past and vague warnings of danger.

The most critical years when anxiety can start to take root in our lives are in our youth, however it can also have its origin in childhood itself. The girl we mentioned above, so full of curiosity, staring out the window, never managed to get out of that car and achieve what she was dreaming about.

She was held back in her life due to advice that was of no benefit to her, warnings about non-existent danger, and the continuous comments about how she went about her life and the so-called risks she took. These all combined to destroy her entrepreneurial spirit. With all this questioning and judging of all that she was doing or planning to do, her self-esteem was diminished and she instead opted to abandon her plans and leave other things unfinished. She justified these decisions by exaggerating the difficulties of the tasks, and lowering her resolve.

The sprightly girl has remained at the start of the bridge. Other people cross it easily and buy their “tickets” for adult life, as if they were limited stocks. However, this girl stands there, as if she were paralyzed, all because she kept listening to all the complaints and the warnings. And now the step into adulthood has come too fast and is too much for her.

How to cope with anxiety

There are not many things as counterproductive as telling someone who suffers from anxiety to simply worrying,  as if it were a pencil scribble that could be erased with a rubber. An anxious person needs time to deconstruct their over sensitive alarm system, which is “set off” far too easily in whatever situation or task they find themselves.
In addition, she often worries about failed experiences from the past and often feels guilty about any pleasure she experiences, whether it be buying an item of clothing or going out with some with friends. It seems that pleasure doesn’t have a place in their life because after any good experiences something bad is bound not to be too far away.

The best thing a person who suffers from this disorder can do is to begin to coexist with their inner experiences of anxiety without letting them stop her LIVING. This may seem to be too difficult, but in reality the only valid remedy for anxiety is quite the opposite of avoidance. The most effective way of crossing that bridge to independence is to try and face up to it, and follow a previously established plan.

Given that this disorder is often confused with others such as depression, phobias or obsessive behaviors, their diagnosis may come almost too late. Starting the treatment and at the same time trying to stablilize the patient is complex. There are medicines like venlafaxine that can help in these cases and they create much less addiction than any benzodiazepine based medication.

An integrated multidisciplinary treatment, that elicits the commitment of the affected person is key. The purpose of this is that the person stops contemplating life through their own thoughts and getting suffocated by them. If not, then the “monsters” will always try to project their large, paralyzing shadows, as confusing and threatening as the ones the girl saw through the car window that April morning.

Anxiety: A Silent Epidemic
There are many manifestations of anxiety, and they're so frequently the cause of medical consults, that experts have already categorized it as an epidemic. Read more »
Link copied!
Interesting Articles
Psychology
What Is Your Dominant Intelligence?

It is said that Einstein and Chaplin, two people renowned for their intelligence, happened to be at the same social…

Psychology
People Criticize in Others What they Don't Like about Themselves

Every person is a combination of wonderful virtues and plenty of flaws. Not even you or I can escape that. There's a…