Contrary to what you might believe, it's possible to be happy after experiencing adverse circumstances. According to existential positive psychology, negative emotions have their own transcendent value. 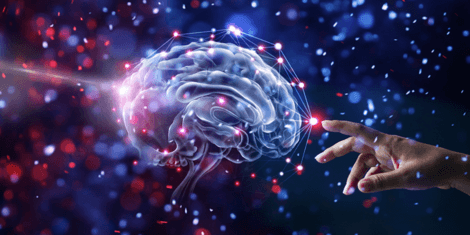 Many people believe that positive psychology has a “dark side”. An almost exclusive focus on positive emotions, such as happiness, enthusiasm, or hope, can lead to neglecting the negative parts of life. In response to that criticism, a new approach emerged a few years ago called existential positive psychology. Canadian psychologist Paul T.P. Wong is the leader of what he calls the “second wave” positive psychology movement.

More than a reformulation of the original, this approach seeks to raise awareness of the fact that unhappiness exists and that experiencing it is quite normal. After all, as Miguel de Unamuno so aptly wrote, “Suffering is the substance of life and the root of personality, for it is only suffering that makes us persons”.

What Dr. Wong’s theory proposes is a new way of understanding Martin Seligman’s 1990s model by comprehending the biological foundation of psychological well-being and happiness.

It’s time to set aside those hedonistic emotions, navigate the troubled waters of life, and find your own direction, meaning, and purpose. Let’s delve right in.

The basics of existential positive psychology

In his lectures, Dr. Wong often says that our world is chaotic and we live in difficult times. He believes that calls for a new therapeutic approach. Existential positive psychology tries to help people achieve well-being and balance, allowing them to manage daily, recurring challenges.

One of the most common criticisms of positive psychology and theorists such as Seligman or Mihaly Csikszentmihalyi is that they focused exclusively on the healthy side of human beings. Aspects such as creativity, enthusiasm, hope, and emotional intelligence push us to be our best selves. Thus, if you work on developing these abilities, you can achieve what Abraham Maslow described as self-actualization.

But what happens if you feel lost? What if you’re dealing with depression due to the death of a relative or a difficult breakup? You can’t just flip a switch and feel enthusiastic or creative because your mind is mired in depression and despair.

This is where the tenets of Dr. Wong’s existential positive psychology come into play.

Courage and responsibility to cope with adversity

Existential positive psychology isn’t trying to diminish the value of the original theory of positive psychology. What’s more, those who believe in the former know that positive psychology is often interpreted in overly simplistic terms. It becomes a kind of “magical thinking” theory, where thinking about what you want is enough to make it happen. The wildly popular movie and book called The Secret, by Rhonda Byrne, is a good example of that.

Dr. Wong, on the other hand, writes that every individual can tap into the courage they need to face adversity. Just like everyone else, you’re capable of developing a psychological coping mechanism based on resilience. The ability to find meaning in your circumstances, whatever they are, and be happy, is within everyone’s grasp.

Thus, you can see that existential positive psychology doesn’t undermine the value of happiness or hope. Positive emotions are truly the engine of the human race. Nevertheless, you also have to give space to negative emotions and try to understand them.

Existentialism is the cornerstone of Dr. Wong’s theory

The brilliant part about this theory, which was originally published in 2011, is that it brings an existential perspective to positive psychology. That seemingly simple addition gives the original theory greater meaning and usefulness. After all, philosophers and existential psychologists remind us that life consists of paradoxes, problems, and struggles we all have to face.

Dealing with these aspects of life is how we acquire important psychological resources. Facing adversity makes you braver, helps you see the value of effort, teaches you how to overcome obstacles, and solidifies your commitment to yourself and to your life. Existential positive psychology argues that authentic happiness only becomes meaningful when you’re familiar with suffering and you know how to face it.

Consequently, one of the foundations of existential positive psychology is to provide tools and resources for people to learn to deal with loss, fear of death, disappointment, anxiety, despair, etc.

Viktor Frankl and the search for meaning

According to Paul T.P. Wong, positive psychology needs to return to its existential and humanistic roots. Only then will it become meaningful and transcendent. In addition, you can’t help someone rebuild their reality in order to achieve happiness and well-being if you don’t guide them through a process that Viktor Frankl argued was so important: the search for meaning.

When you’re struggling through a sea of uncertainty and adversity, you need a light. Something to focus on, a refuge, that thing that gives meaning to the struggle and motivates you to keep fighting. To do so, Dr. Wong encourages you to ask yourself the following questions:

In conclusion, existential positive psychology is a valuable theory that gives new life to important concepts that were part of the development of psychology itself. Dr. Wong recognized that these fundamental aspects are important. However, he also knew that they needed to be reworked in light of the challenges and uncertainty of our world today.

Don’t forget your purpose in life and leave space for all of your emotions, even those that cause you pain or discomfort. Remember that those are the emotions that bring wisdom. Knowing how to deal with them makes you a stronger and more capable person.

Ludwig Binswanger: The Pioneer of Existential Psychology
Ludwig Binswanger was the first existentialist psychiatrist. He introduced the term Daseinsanalyse into the field of psychoanalysis. Read more »
Link copied!
Interesting Articles
Theories
Locus of Control: Is Yours Internal or External?

It's noon and you're hungry. You feel even hungrier as the minutes pass. You need to eat now! However, you're…