Mihaly Csikszentmihalyi and Flow: The Psychology of Optimal Experience 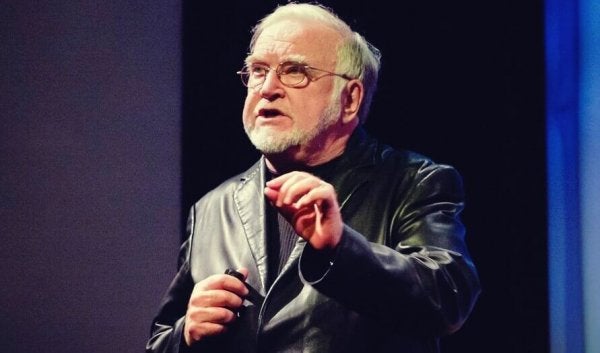 Mihaly Csikszentmihalyi is one of the most successful modern psychologists. People recognize his name all over the world, although it’s really hard to pronounce. He calls his theory the “psychology of optimal experience”. This is because he emphasizes the concept of “flow” or mindfulness.

Mihaly Csikszentmihalyi was born in a small Italian town once known as Fiume. Nowadays, it’s part of Croatia and goes by the name of Rijeka. His family was Hungarian and had an extremely hard time during World War II. That lead Mihaly Csikszentmihalyi to immigrate to the USA in 1956, with nothing but a few cents to his name.

Once in the United States, Mihaly Csikszentmihalyi enrolled in the University of Chicago’s psychology program. He got his Ph.D. in 1965 and published the book, Flow, not long after. The book has become a major reference point in modern psychology. He’s still seen as one of the most important figures in a discipline called “positive psychology“.

“Enjoyment appears at the boundary between boredom and anxiety, when the challenges are just balanced with the person’s capacity to act.“

Mihaly Csikszentmihalyi and the concept of “flowing”

The idea behind Mihaly Csikszentmihalyi’s theory is that people are much happier when they enter a state of “flow”. This happens when you do something that completely captures your attention. A lot of people would call this “being in the zone,” in other words: full absorption in something and complete happiness while you’re doing it.

Here’s how Mihaly Csikszentmihalyi described the state of flow: “being completely involved in an acitivty for its own sake. The ego falls away.  Every action, movement, and thought follows inevitably from the previous one, like playing jazz. Your whole being is involved, and you’re using your skills to the utmost.”

What it is, then, is a state where you focus all your attention on the task or activity at hand. You also have a deep motivation to go along with that attention. Basically, you want to be there doing what you’re doing. The outcome of all this is harmony, balance, and most importantly, happiness. The state of flow also goes by another name: “optimal experience”.

Things that lead to optimal experience

Csikszentmihalyi did a 12-year study with people all over the world. He discovered that, regardless of age, nationality, or conditions of life, almost everyone described optimal experience in a very similar way. That helped him reach a definition of some of the things that come up when you enter a state of flow. Here they are:

People have used Mihaly Csikszentmihalyi’s ideas in many different fields. People in education, psychotherapy, and even business have found a good use for them. Plus, every single one of you has probably had one of these optimal experiences, or flow states, before. You might even be able to have them more often if you really work hard on what he says are the best ways to enter this state.

Let Everything Flow and Nothing Get In Your Way
Read more »
Link copied!
Interesting Articles
Theories
The Linguistic Theory of Noam Chomsky

Psychology
The Small Wins Theory to Boost Your Self-Esteem

The small wins theory says that life is better if you learn to simplify. The biggest and hardest-to-solve problems are easier…

Psychology
I Am the Garden that Grows Within Me