Emotions That Make Us Violent 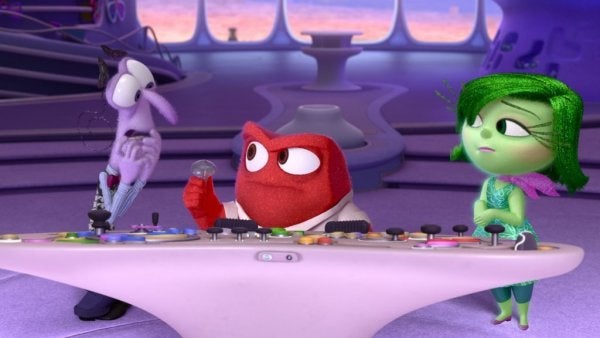 Emotions lead you to behave in many different ways. They can even lead to violent behavior. To be more precise, a combination of emotions can move us to use violence, though the emotions themselves don’t make us violent.

We commonly understand an emotion as a psychophysiological reaction that people experience individually. However, thanks to empathy, our emotions are contagious. We can make other people feel the same way.

This also happens on a group level. A group of people can feel the same emotion. They might feel guilty or feel anger towards another group. This is the starting point to understand the emotions that lead people to violence.

People use narratives to spread emotions. Narratives can be a way to turn them into group emotions. One example is hate speech against a minority group or a group that is considered a rival or enemy.

The ANCODI hypothesis suggests that a past event or a historical narrative produces indignation, which in turn causes anger. The group re-evaluates these events from a view of moral superiority, which implies the moral inferiority of the other group.

That, in turn, leads to disdain and scorn. They see the other group as separate and deserving of avoidance and rejection. In extreme cases, it leads to the idea of eliminating a group entirely. The emotions that lead to violence follow a three-phase process that we will describe next.

Indignation based on anger

The first phase is the anger phase. Anger is an emotion that we express through resentment and irritability. You can see the external manifestation of anger in facial expressions, body language, and physiological responses. In certain situations, people express anger with public acts of aggression. Uncontrolled anger can negatively affect your quality of life.

At first, certain events lead to the perception of injustice. Said events make people look for a guilty party, whether it’s a person or a group. In these cases, people believe that the guilty party is threatening the well-being of “our” group or “our” way of life. These interpretations then become charged with anger that will be directed towards the guilty party.

Moral superiority based on disdain

In the second phase, we add disdain into the mix. Disdain is an intense sensation of lack of respect or recognition, and aversion. Disdain implies denying and humiliating the other. It also involves putting in doubt the ability and moral integrity of the “other.”

Groups reinterpret the situations and events identified in the first stage. They make this evaluation of prior events from a position of moral superiority. That means that they consider the “guilty” group to be morally inferior. That, in turn, leads to a feeling of disdain towards the group in question.

Elimination based on disgust

In the last phase, disgust comes into play. The perception of contamination and disease cause this basic, primal emotion. It is universal not only in its identifying signs but also in its causes. Similar things cause disgust all over the world, like decay. Disgust is a moral emotion that we often use to sanction beliefs and moral conduct.

In this phase, people once again evaluate the events and arrive at a conclusion. The conclusion is very simple: we must distance ourselves from the guilty group. Another possibility, which is much more violent, is the conclusion that the group has to be eliminated. However, this is the extreme end of things. In these cases, people disseminate ideas using the emotion of disgust.

As you can see, the combination of these three emotions can have disastrous consequences. The emotions that make us violent are based on distorted perceptions and lead to bad conclusions and — in extreme cases — hostile behavior. Hence the utmost importance of practicing emotional intelligence.

Violence Is Learned… But It Can Also Be Unlearned
There is a question that has surrounded all research on this issue: is human violence instinctive or is it learned? How does aggression fit in? Read more »
Link copied!
Interesting Articles
Wellness
A Little Bit of Passion Goes A Long Way

Wellness
A Tribute to Wonderful Grandparents

Modern day grandparents are wonderful, essential, and irreplaceable in the lives of the youngest members of the family, a family which…

Wellness
Don't Believe Everything You Think

You get to work and say good morning. Everyone answers you except for one guy, who doesn't even turn to…