Chocolate: A Guilty Pleasure that Seduces the Brain 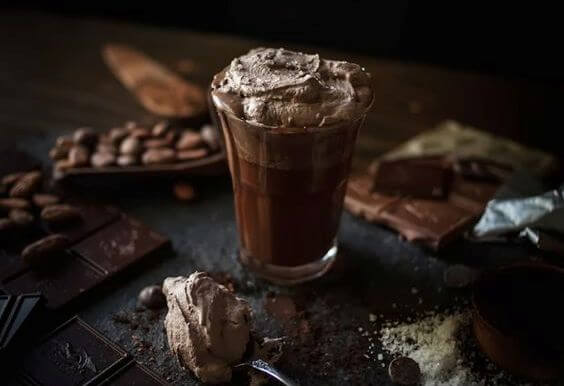 Legend has it that the cacao tree was the most beautiful tree in the paradise of the Aztecs, and that it would grow naturally in shady, tropical forests more than 4,000 years ago. Today, chocolate continues to be “the food of the gods,” a velvety pleasure that seduces all of the senses.

It must be said that chocol’ha, the chocolate beverage consumed by the Mayans, was very bitter. Such a gift for the taste buds was only available to nobles and kings. They believed it was an offering from nature that provided energy, longevity, and health. However, some of these qualities disappeared the second it arrived in Spain, where chocol’ha was adapted to the European palate by adding, of course, sugar.

Chocolate was a gift offered by the gods to the Amazon and the Orinoco river. It’s a captivating pleasure that has seduced thousands of generations, and people love to enjoy it for many different reasons.

Chocolate is a pleasure for the brain, no doubt about it, but contrary to popular belief, it’s not a cure for sadness. According to a study done by the University of Minnesota, eating food, comfort or otherwise, had no effect on improving mood compared to the passage of time alone. However, chocolate achieves many other effects, which we reveal below.

For most people, the attraction to chocolate is rooted in the emotional foundation of the brain. So much so that experts in neuromarketing recommend that businesses take advantage of the smell of chocolate in their establishments.

Notice how effective the “courtship” of smell is for seducing clients. The reason behind this is both simple and fascinating: the olfactory pathway and the neural networks that govern our emotions are connected. The smell of chocolate is one of the most powerful triggers in the emotional world.

Chocolate doesn’t cure depression, and it won’t help you live longer, but there are many other benefits. If you really want to enjoy the natural benefits of chocolate – including its flavonoids, its vitamins, and its natural compounds that act as precursors to serotonin – it’s always better to opt for dark chocolate, which is purer and has less sugar.

If chocolate is captivating to you for some reason beyond its exquisite taste, it’s because it turns on a special switch: the one for emotions. The brain likes to reminisce on the good times of the past, and interestingly, many of the happy moments stored in our memories include the following:

Chocolate is the guest of honor in the most cherished and intimate moments of our lives. That’s why even the most selective mouths water upon remembering or imagining how it tastes. This is partly due to the stream of endorphins that gratify the brain’s reward system, and partly due to the association between such happy moments and chocolate’s comforting taste.

Chocolate itself is not made up of nutrients that can cure sadness. It’s more like a powerful,  infallible, and evocative mediator between positive emotions and our deepest desires.

It’s impossible to resist this “food of the gods,” which has been growing for as long as we can remember in the sacred heart of the Mayan and Aztec lands.

Foods that Can Harm Your Emotional Health

Link copied!
Interesting Articles
Culture
Believe in Yourself: The Power of Self-Confidence

When nobody believes in you, you have to believe in yourself. When someone says you're not worthy, that your moment has…

Culture
How Friends Defined a Generation

The sitcom Friends defined a generation of young people. It first aired in 1994 and tells the story of six twenty-something friends who get…

Culture
Repressing Emotions Is a Risk Factor for Liver Disease

The most consensual thinking in recent years has insisted in the use of reason above every emotion. Thus, we have…